A trans-identified male Antifa member is organizing a counter-protest and fundraising to buy weapons to shut down a women’s rights event scheduled to take place in Portland on Oct 25. 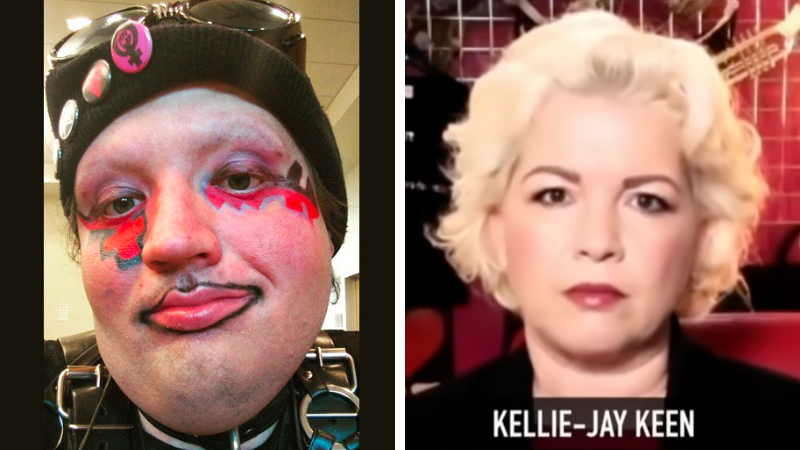 A trans-identified male Antifa leader is organizing a counter-protest and fundraising to buy weapons to shut down a women’s rights event scheduled to take place in Portland on Oct 25. The event is held by British women's rights campaigner Kellie-Jay Keen.

Post Millennial editor-at-large Andy Ngo tweeted that Isabel R. Araujo, a trans Antifa leader in Portland, is organizing a direct action to try and shut down Keen on her speaking visit in Oregon, and that Araujo is currently raising money for weapons.


Araujo, whose Twitter account is currently set to private mode, responded to a call to action for trans people and allies to counter Keen’s “anti-trans propaganda.”

Araujo calls on people to disrupt the “TERF rally.”  TERF, which stands for Trans Exclusionary Radical Feminist, is a derogatory term used by trans activists to describe any woman who rejects the idea that men can become women simply by self-declaration or who opposes the medical transition of minors.

Ngo also shared an archived thread in which the Antifa leader makes a “direct aid request” asking for $161 for everything Araujo needs to “fight fash and TERFs” because bloc gear, batons, and mace don’t “grow on trees.”

A short list of what the individual needs then follows and includes a collapsible baton and a Bowie knife, which they say is for the tearing down of “fash propaganda” and self-defence. Keen is not violent.

It is then stated that the Antifa leader will take care of the rest upon receipt of a disability check in two weeks’ time.

Keen is currently on a month-long tour of the United States during which she will be holding Let Women Speak events in cities across the nation. During these events, ordinary women are given the opportunity to speak about their experiences and voice their concerns about the impact of gender identity ideology on women and children.


Keen has put on numerous events of this type in England and is no stranger to trans activists showing up to try to prevent women from speaking. In fact, aggressive men clad all in black chanting slogans has become a regular feature of such events.

“Let Women Speak is here to facilitate women's voices in the public square. We are not afraid,” reads the Eventbrite page for the Portland event.