Far-left activists in Portland with the support of City Council member Jo Ann Hardesty are trying to get a contracted city worker fired for displaying a Thin Blue Line flag decal on his truck. 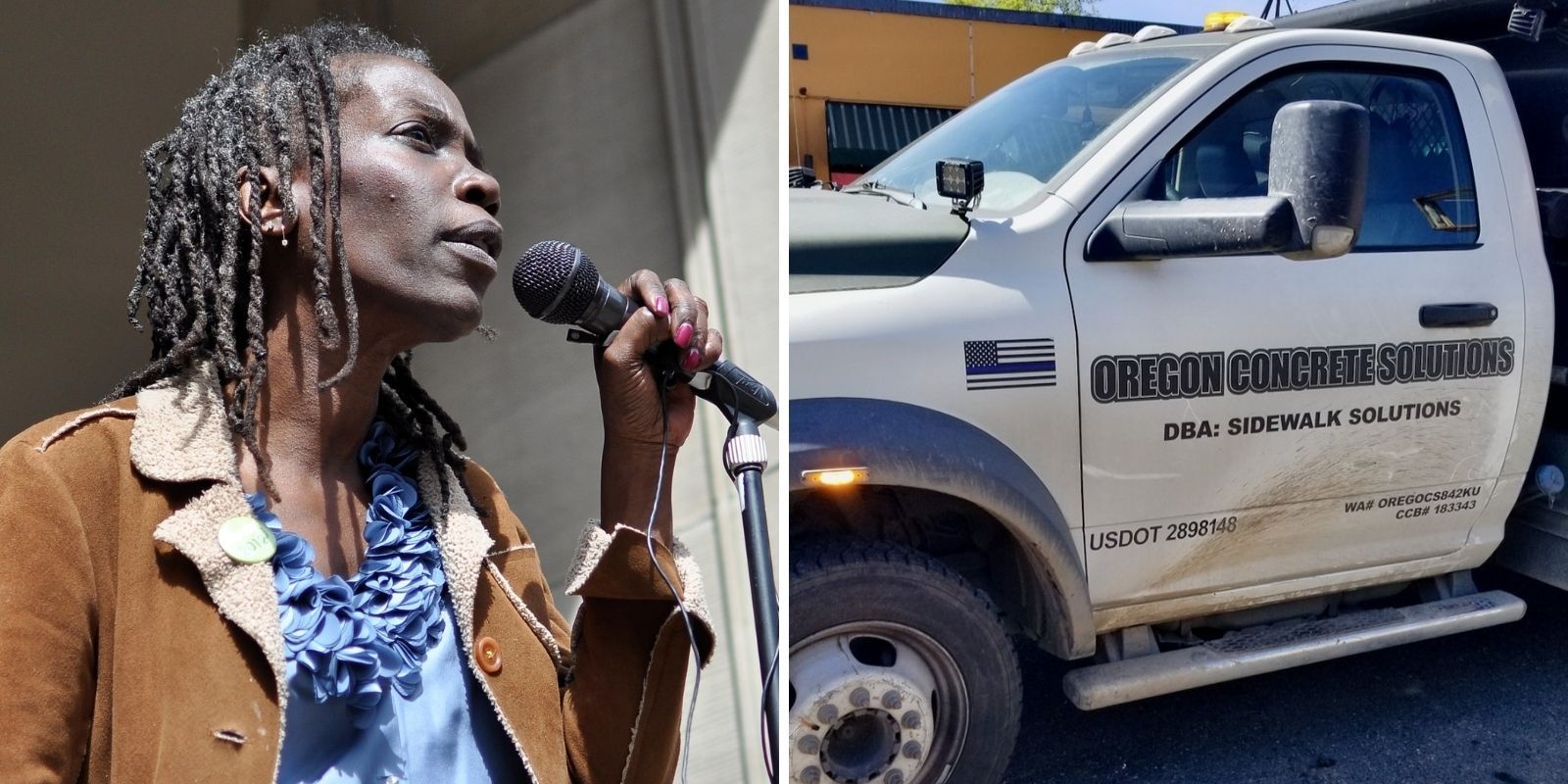 Far-left activists in Portland with the support of City Council member Jo Ann Hardesty are trying to get a contracted city worker fired for displaying a Thin Blue Line flag decal on his truck.

A photo surfaced online showing an Oregon Concrete Solutions-branded truck with an emblem of the Thin Blue Line flag affixed to the front driver's side panel. The Thin Blue Line decal shows an American flag with a blue line running through the stripes. It is meant to show support for police officers and law enforcement.

Oregon Concrete Solutions, also known as Sidewalk Solutions, is based in Portland. The small-sized business has just a handful of employees.

Hardesty's office and the Portland Bureau of Transportation were made aware that the contractor's Thin Blue Line decal was displayed while working for PBOT.

"The thin blue line imagery is viewed by many in our community as a symbol of white supremacy that has been prominently displayed by those that oppose the Black Lives Matter racial justice movement and we understand this is causing distress in the community," Hardesty said via press statement Thursday.

"You can count me as one of the many Portlanders that finds this imagery deeply offensive," she added Thursday evening on Twitter.

She noted that PBOT reached out to the contractor and asked the small concrete company not to display the pro-police symbol while performing work for the city.

"Unfortunately, they declined, and we are limited in our ability to address this issue under our existing contracts and policies," Hardesty wrote in the release.

Hardesty also said the "incident is proof we have more work to do for Portland to live up to last year's anti-racism resolution, including holding City contractors to the same standards we hold City government."

She vowed to work with PBOT and the City Attorney's Office to "look at systemic improvements we can make to address this issue going forward," also reaffirming that she is committed to "a systemic overhaul to address this in the future."

"It is up to all of us to do the difficult educating and organizing so that people can see the world more empathetically," she wrote. Hardesty claimed that the alleged incident "also highlights the lack of diversity amongst City contractors."

"Defunding & abolishing police is not the majority view even in Portland, which is experiencing skyrocketing homicides after police were defunded," Ngo continued. "But race hustlers like @JoAnnPDX only have relevancy as demagogues. She & others use online army to terrorize citizens into silence."

Ngo noted that Hardesty, an elected Portland official, is using her power to punish and harass a small concrete business for daring to support law enforcement.

Hardesty has made headlines targeting working-class civilians in the past.

The "Defund the Police" councilwoman called the cops on an unprovoked Lyft driver over an insignificant dispute about an open window. Hardesty later pulled the race card to defend herself, blaming the incident on "white supremacists."

"You incite hatred against police to benefit your political career but in your personal life depend on them for trivial matters," Ngo fired back at Hardesty.

A strategist at SEIU Local 503, which represents over 72,000 workers in Oregon, appears to have launched the harassment campaign against the contract worker.

"Want to make sure @JoAnnPDX is aware that @PBOTinfo is using city funding for Oregon Concrete Solutions to work on [Southeast] Hawthorne [Boulevard] and 32nd [Avenue] while prominently displaying white supremacist symbols on their vehicles," tweeted Jay Parasco, a member of the Oregon State Bar and board secretary for Street Roots, an award-winning "street" newspaper "for those who can't afford free speech." Parasco seems to be the one who uploaded the viral photo of the sidewalk expansion project on May 13 circulating across social media.

Others called Oregon Concrete Solutions "fascist." The concrete company was also targeted back in late March by far-left Twitter accounts.

Parasco has not responded to The Post Millennial's request for comment at the time of publication. Oregon Concrete Solutions has been reached and deferred comment to the company's owner who has not yet responded to the request.