Portland police have released several images alongside a statement. 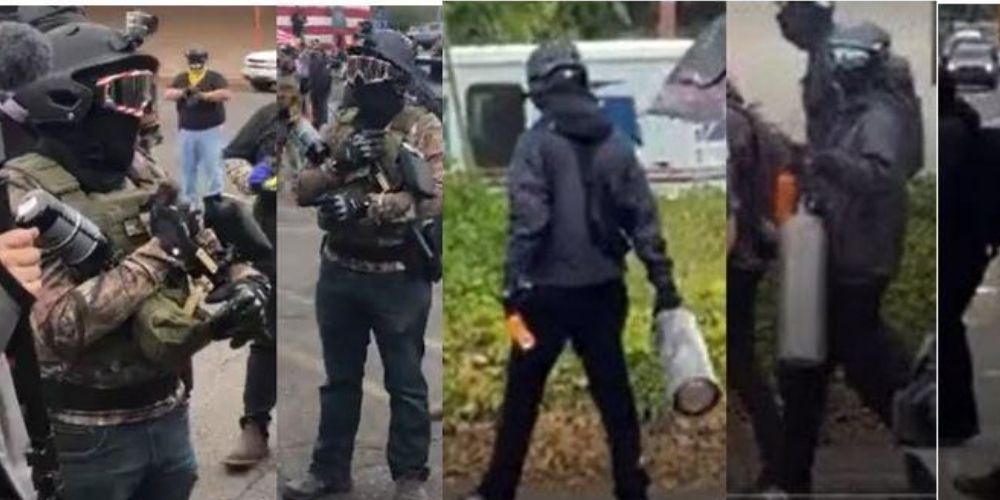 Police in Portland, Oregon, have released photos of suspects from the August 22 Antifa riot. Posted to their Twitter Wednesday, police are asking the public for help finding suspects who are predominately wanted for disorderly conduct.

The riots in question began after hundreds of black bloc Antifa arrived at Portland's Waterfront Park on Sunday to counter-protest the "Summer of Love: Patriots Spreading Love not Hate" event which was scheduled to begin at 2 PM. However, the right-wing group moved to a different location at an abandoned K-Mart parking lot in NE Portland to escape threats of violence.

However, despite changing the event location, a large group of Antifa militants dressed in black bloc arrived at the small patriotic-themed rally across town and disrupted the event. Antifa launched an attack and threw explosives into the crowd and were seen carrying AR-15's and SKS rifles.

Following the riots in the Argay Terrace, Parkrose, and Downtown neighbourhoods, Portland police have released several images alongside a statement. Specifically, the police have released photos of six suspects wanted for disorderly conduct. "In addition to the unidentified individuals, detectives have already identified over a half-dozen individuals involved in violent behaviour and possible assault crimes and those investigations are ongoing," the statement reads. It should be noted that suspects appear to be from both the right and left wing groups involved.

"There were property crimes committed, including significant damage to at least three vehicles," the statement continues. "Not having a participating victim significantly limits the charges that can potentially be brought against criminal suspects. Detectives are still pursuing the cases and charges where probable cause exists, but they are asking for victims to come forward."

The statement concludes by asking the public for videos to identify more suspects and potential victims. "Additionally, existing evidence suggests there were numerous community members and independent press documenting the incident with still and/or video cameras. Detectives are requesting that those who have those videos provide them complete and unedited so that can help develop a full picture of crimes that took place." The Portland police then provide an email for further information.