POSOBIEC: The 'Great Reset' should be called what it is—Communism

"The Great Reset is very much like communism in a sense. A name for something and a pitch for something that's a complete lie. It's a smokescreen for their true ambitions." 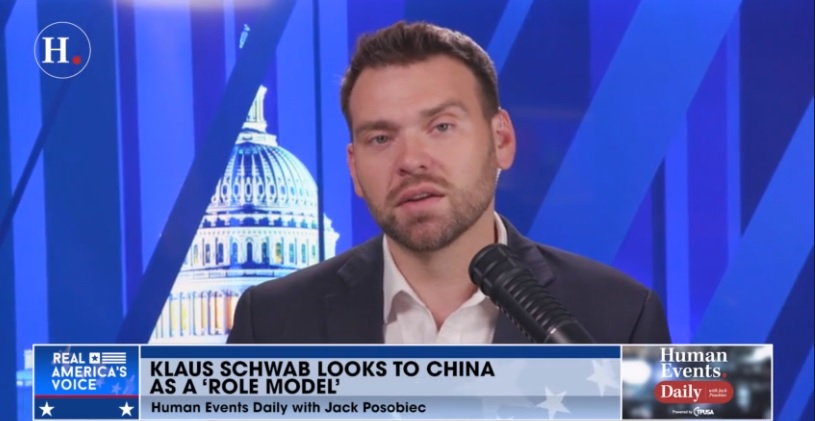 Klaus Schwab, head of the WEF, is quoted as stating that China is "a role model for many countries," and that it would be "a very attractive model for quite a number of countries."

Posobiec begins with the question, "what have I told you now for an entire year about Klaus Schwab, the World Economic Forum, and their plans for the West?"

"The Great Reset is very much like communism in a sense," Posobiec explains, "a name for something and a pitch for something that's a complete lie. It's a smokescreen for their true ambitions."

"Worshipping equality, worshiping equity, worshiping the climate – which by the way was worshiping nature," he says, "[these things have] been involved in pagan worship for millennia, going all the way back to the dawn of civilization."

Posobiec goes on to explain that by giving these elitist proponents of the Great Reset power, you are led to believe you will "fulfill your purpose in service to your cult."

"But it's all lie," he continues, "because what they want is ...  the concept of total government."

"I saw it so often [in Shanghai], we would bring people in from the US," he recalls. "Business leaders ... political leaders ... cultural leaders ... we bring them all in."

"We would tell them our stated goal was that we were going to make China more open and transparent," he says, "and that maybe China would become more democratic and start introducing more political freedoms to the people."

Posobiec worked for the American Chamber of Commerce in Shanghai in the mid-2000s, during which time he became fluent in Mandarin and traveled all across the country.

He finishes and gives the warning to heed of things to come if our complacency and naivety get the better of us and we allow the WEF to move forward with their plan.