President Trump hinted at starting his own social media platform. 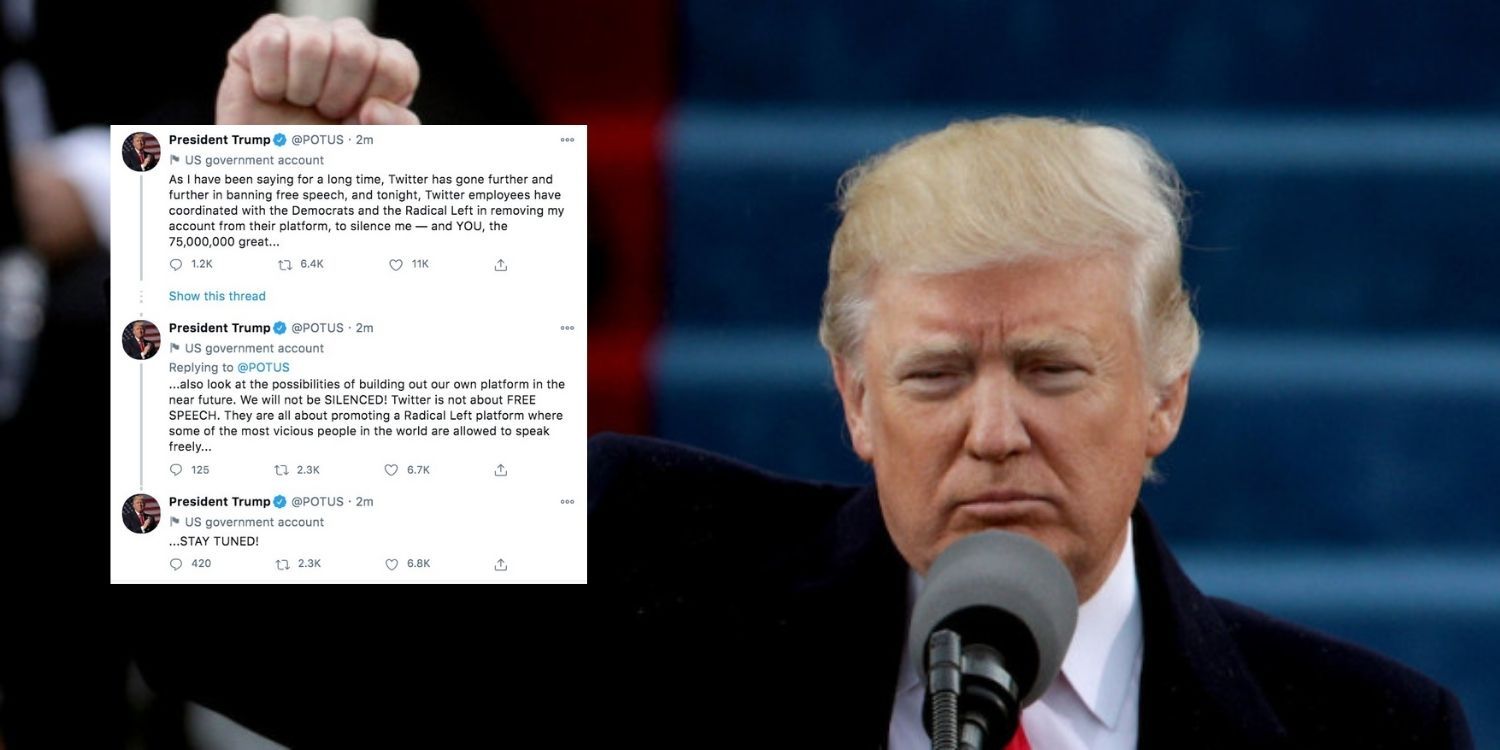 President Trump briefly returned to Twitter to share his thoughts on his permanent ban, as well as announce his interest in building his own social media platform. The President made these new statements via his @POTUS account, which was previously only used to promote official business.

His statement was almost immediately deleted by Twitter, within minutes of being sent out. A screen capture of the President's statement reads, "As I have been saying for a long time, Twitter has gone further and further in banning free speech." He then describes a coordination between Democrats and Twitter employees to have him removed.

The President also hinted at the idea of his own social media platform. "...also look at the possibilities of building out our own platform in the near future. We will not be SILENCED! Twitter is not about FREE SPEECH," said the President.

A full screen capture of his statement can be found below.

This new statement comes are even alternative platforms are on the chopping block. Parler has been removed by the Google Play Store and may be removed entirely by the Apple App Store.