After midnight on Wednesday night U.S. President Donald Trump tweeted the name of the dog involved in the ISIS raid. 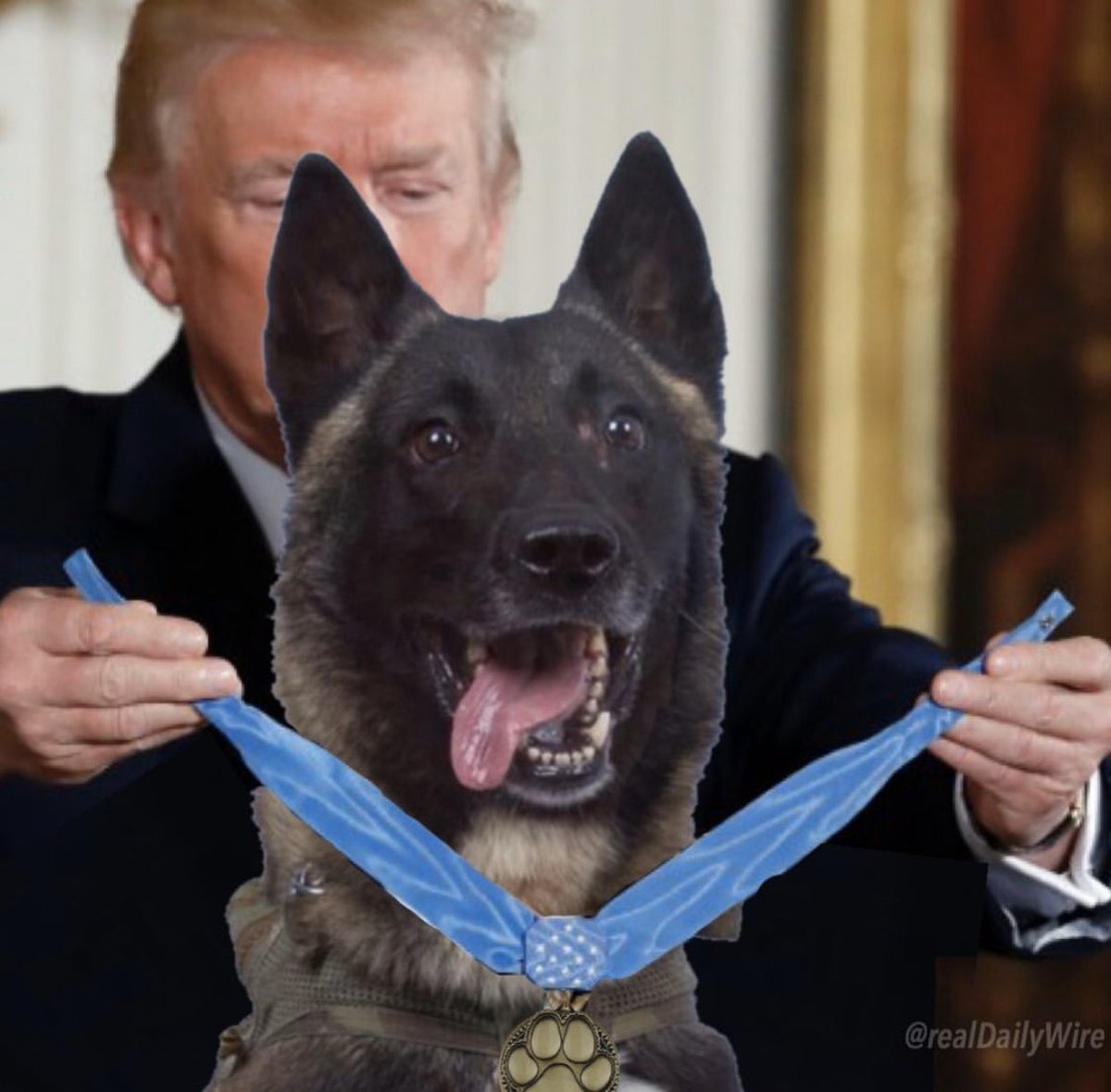 American President Donald Trump is attempting to capitalize on the raid that killed ISIS leader, Al-Bagdahdi in Syria on Oct. 26. Since the raid, Trump and his administration have been vocal on social media, even sharing a classified video of the raid with the American public.

The first of a series of controversial incidents came on Wednesday when the President tweeted a photoshopped picture of the dog that helped kill the ISIS leader receiving a medal of honour. Despite the photograph being an obvious fake, some hard-hitting journalists made sure to inform the public that this image was not real, much to the ridicule of their right-leaning counterparts.

After the journalists realized the blatant obviousness of all this, they then criticized the Trump administration for sharing the photoshopped picture that removed a Vietnam veteran out of the photograph and replaced him with the dog. This came despite the veteran who was photoshopped out telling the New York Times that he interpreted the tweet as Trump recognizing the dog’s heroism.

After the noise from this died down, to milk the story, or to distract us from the on-going impeachment issues, Trump then decided to disclose the name of the dog, Conan, who chased the ISIS leader into a corner where he then committed murder-suicide. The dog’s name was still classified before when Trump first released a picture of the dog.

“…Conan will be leaving the Middle East for the White House sometime next week!” Trump tweeted late Wednesday night. The dog was named after late night comedian Conan O’Brien, according to Newsweek.

Thank you Daily Wire. Very cute recreation, but the “live” version of Conan will be leaving the Middle East for the White House sometime next week! https://t.co/Z1UfhxsSpT— Donald J. Trump (@realDonaldTrump) October 31, 2019

The American Presidential election is famous for its long campaign, and this raid will serve as an effective tool for convincing the American public that this administration is competent in foreign affairs. This is evident through Trump’s inclusion of the footage of the raid in a reelection ad released Wednesday.

Nevertheless, Americans across the country are concerned primarily for the welfare of Conan the dog. This brave dog survived a raid on ISIS where he cornered and killed Al-Bagdahdi. But will he survive the mainstream media?