While Biden did relay a message through his press team shortly after the incident, he has not publicly spoken out about it. 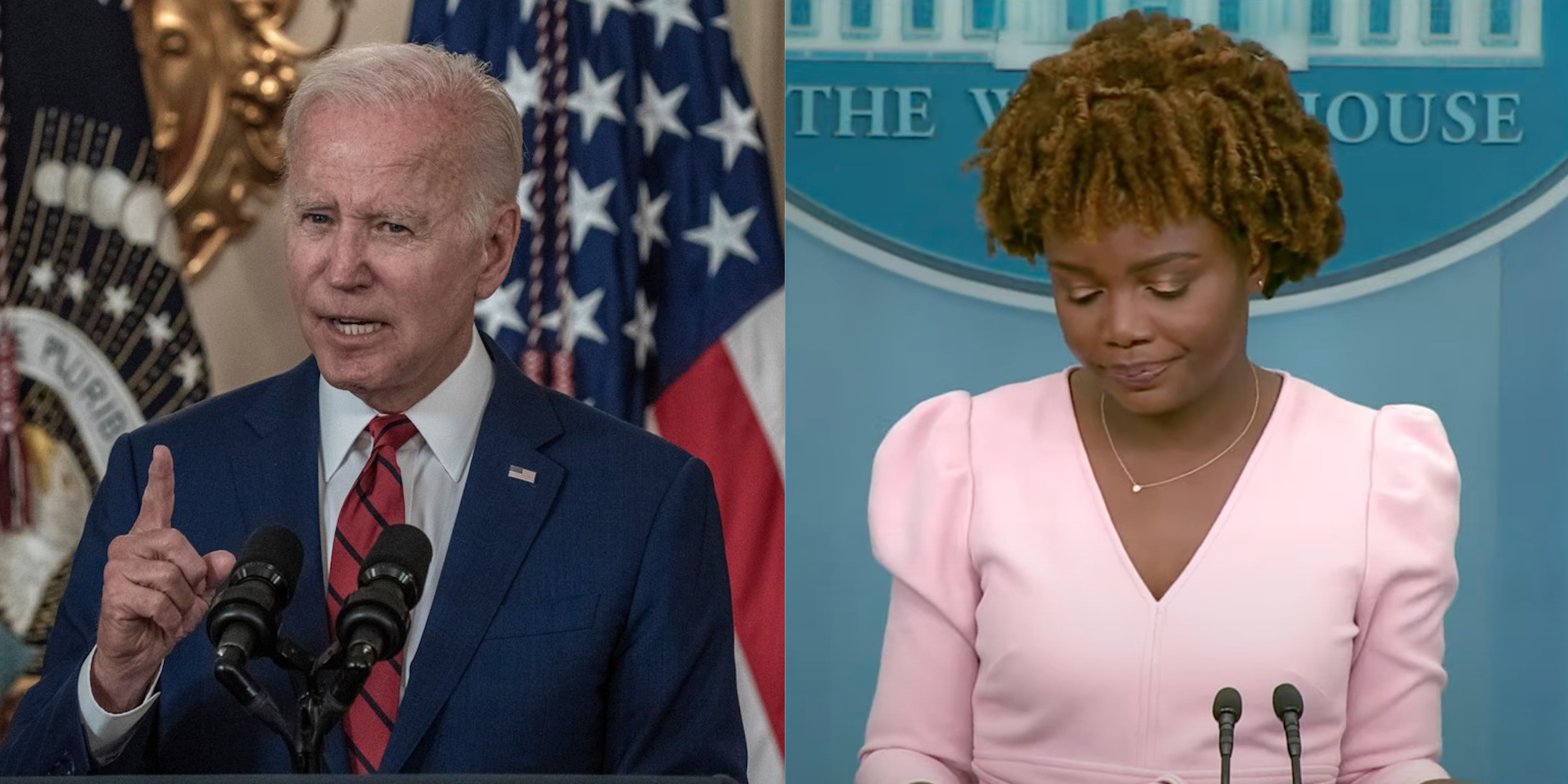 During a briefing on Monday, Press Secretary Karine Jean-Pierre stated that Biden has condemned the assassination attempt on Justice Kavanaugh last week.

While he did relay a message through his press team shortly after the incident, Biden has not publicly spoken out about it.

"I know that the administration condemns violence, and you've said as much several times previously," the reporter began, referencing the assassination attempt, "but I'm wondering, is there anything that the president is doing cool passions before the Dobbs decision drops?"

"I want to be really clear," Jean-Pierre replied. "The Department of Justice, as it relates to Kavanaugh, has US Marshals providing support to the Supreme Court Marshal, and the president supports legislation to fund increased security for court and judges."

Jean-Pierre also pointed out that the Marshals in question were "instrumental" in making sure that the would-be assassin did not carry out his intended plan.

"We have taken this seriously," she continued. "We have condemned it, the president has, and we will continue to do so."

Hours after the incident took place, Jean-Pierre said during a briefing that Biden "condemns the actions if this individual in the strongest terms, adding that he believe "any threats of violence or attempts to intimidate justices have no place in our society."

Deputy Press Secretary Andrew Bates echoed a similar message from the president, saying that Biden "condemns the actions of this individual in the strongest terms, and is grateful to law enforcement for quickly taking him into custody."

Apart from these messages funneled through press secretaries, Biden has offered no public statement on the matter, despite having had numerous speaking engagements since it took place.

The incident in question took place Tuesday night outside Kavanaugh's home in Chevy Chase, a Maryland suburb of Washington, DC.

The suspect, a 20-year-old from California, was reported to have been carrying a gun and a knife, as well as burglary tools, and allegedly said that he "wanted to kill" Kavanaugh, one of the court's conservative-leaning justices.

After being apprehended, the man told officials he was upset over the Supreme Court's apparent plan to reverse Roe v. Wade, a decision that has sparked debate and protest across the nation.