The Department of Education has issued a 3-foot separation mandate in schools, which principals say would be hard to enforce as many of the buildings have limited space. 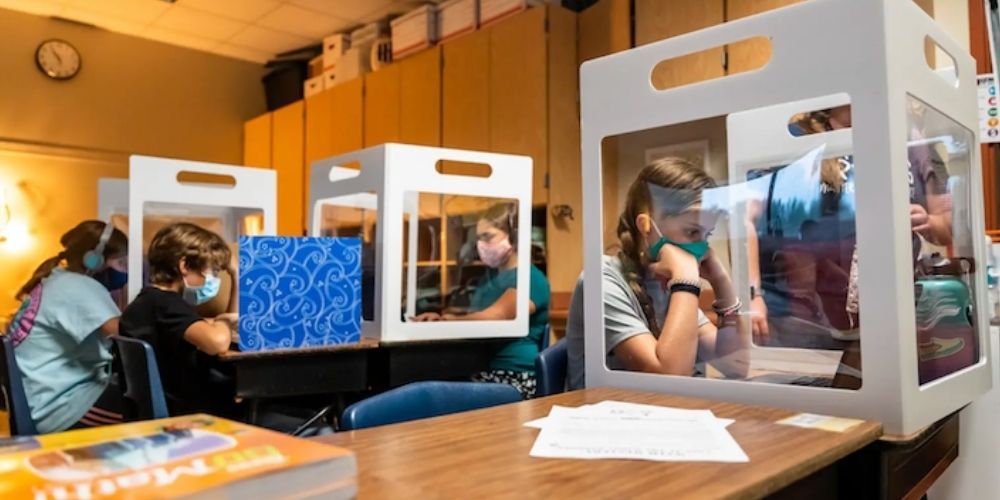 New York City's principals union is warning that the Department of Education's social distancing guidelines for the upcoming school year may make it impossible to accommodate all students full-time.

The Department of Education has issued a 3-foot separation mandate in schools, a rule that the Council of School Supervisors and Administrators say would be hard to enforce as many of the buildings have limited space, according to the New York Post.

The DOE's guidelines state that 3 feet of separation is required between children at all times, which contradicts the Centers for Disease Control and Prevention guidance that says three feet should only be enforced when practicable.

"Earlier today, the DOE sent an email to each principal with a capacity report for their building which gave the impression that all schools must maintain 3 feet of social distancing for all students at all times rather than adhere to the CDC guidance of 3 feet distance where possible," the union wrote in a letter to its members on Thursday.

According to the CSA, the guidelines have left administrators wondering what to do with the school year fast approaching.

"From the moment that planning for the upcoming school year began, CSA has communicated to the city and the DOE that it will simply not be possible to bring back all students to all buildings while fully complying with these social distancing protocols," the letter stated.

The lack of space to accommodate all children is coupled with the absence of remote learning options, with the CSA saying that "schools are on a collision course with chaos in a matter of weeks," according to the New York Post.

"The city obviously wants it both ways, to offer no remote option and for families to believe that students and staff can maintain 3 feet of social distancing at all schools at all times," wrote the CSA.

According to the CSA, just last week the DOE had said that it was going to use the less restrictive CDC guidance on distancing.

"Just yesterday, President Mark Cannizzaro sent an email to the Mayor and Chancellor regarding the mass confusion they have once again caused with conflicting, vague, and untimely communications," they wrote.

Cannizzaro had acknowledged in that email that the three foot separation could cause problems with all students returning this fall.

"The CSA immediately raised, and the DOE concurred, that it would not be possible in a very large number of schools to welcome all students back and while maintaining a distance of three feet at all times," he wrote.

The potential chaos that could occur this fall as schools scramble to abide by new rules and cadets is coupled by a recent by a recent announcement from the New York State Teacher's Union that they do not support a vaccine mandate, something that is gaining traction in school systems across the country.