"Rather than accepting Mark Houck’s offer to appear voluntarily, the Biden Department of Justice chose to make an unnecessary show of potentially deadly force, sending 20 heavily armed federal agents to the Houck residence at dawn this past Friday." 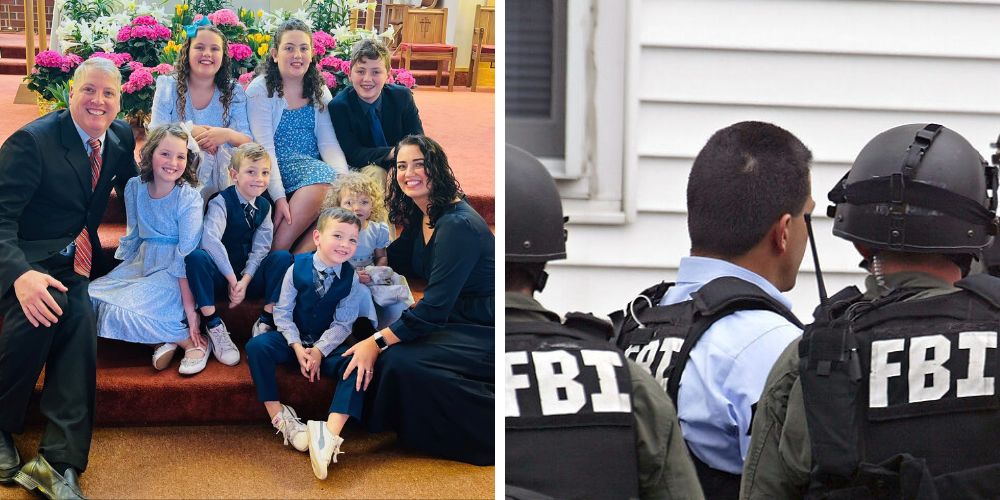 Ari Hoffman Seattle WA
Sep 28, 2022 minute read
ADVERTISEMENT
ADVERTISEMENT
Catholic pro-life activist and father of seven Mark Houck pleaded not guilty to federal charges on Tuesday after having been accused of violating the Freedom of Access to Clinic Entrances Act (FACE Act) due to an altercation more than a year ago outside of a Pennsylvania abortion clinic.

The Thomas Moore Society, a national non-profit law firm is representing Houck in the case. Peter Breen, vice president and senior counsel, said that Houck is the latest target of President Joe Biden’s Department of Justice solely to "intimidate people of faith and pro-life Americans."

​​​​​​​Approximately 20 heavily armed FBI agents arrested the 48-year-old at his home at gunpoint on Sept. 23 and placed him in handcuffs in front of his wife and children.

The FBI arrested Houck, a pro-life speaker and author, at his home in Kintnersville, Pennsylvania last week in connection to an alleged altercation with an abortion escort outside an abortion clinic in October 2021.

In a Sept. 26 statement, Breen said, "Mark Houck is innocent of these lawless charges, and we intend to prove that in court."

In June, Thomas Moore Society attorneys notified the Department of Justice that the FACE Act does not cover one-on-one altercations like the one involving Houck. The society also claimed that the altercation was initiated by an abortion supporter harassing Houck’s son and advised that Houck would appear in court voluntarily to face any charges against him.

Breen said in the statement, “Rather than accepting Mark Houck’s offer to appear voluntarily, the Biden Department of Justice chose to make an unnecessary show of potentially deadly force, sending 20 heavily armed federal agents to the Houck residence at dawn this past Friday."

"In threatening form, after nearly breaking down the family’s front door, at least five agents pointed guns at Mark’s head and arrested him in front of his wife and seven young children, who were terrified that their husband and father would be shot dead before their eyes."

Breen added during a presser following the hearing that the case already went through the state court process and was thrown out. However, the Biden Department of Justice took up the matter nearly a year later as a form of "political prosecution." Breen said the Department of Justice is treating the peaceful father of seven children "as if he was a drug lord or a mafia boss."

"If he was truly a danger to the community, they wouldn’t have waited a year to prosecute. Serious questions need to be asked of the attorney general. What was he thinking? Why did they do this obscene show of force against a peaceful pillar of the community?"

The Thomas Moore Society won a similar case in the Eastern District of Pennsylvania in 2019, which established that a one-off altercation cannot form the basis for a FACE Act complaint.

The members wrote, "There is much to learn about the extent of the FBI's operations in this case, apparently since state-level charges were apparently dismissed by local authorities in Philadelphia.
Surely, the FBI must have an extraordinary reason for showing up at the home of an American family, allegedly with roughly 25 heavily armed federal agents, and arresting a father in front of his seven children."

Houck faces up to 11 years in prison, three years of supervised release, and fines of up to $350,000 if convicted.

Hundreds of thousands of dollars in donations have been raised for the Houck family via GiveSendGo.