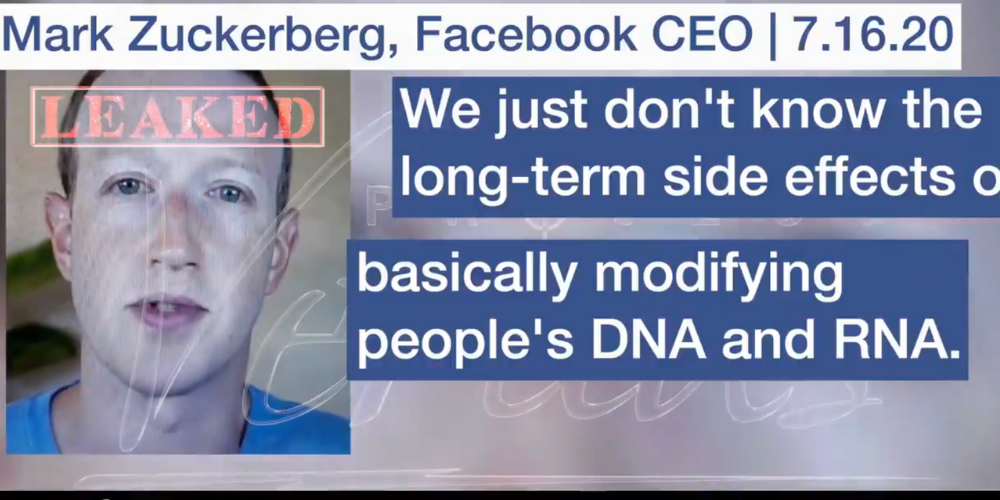 "Some caution on this because we just don't the long-term side effects of basically modifying people's DNA and RNA," Zuckerberg is heard saying in the leaked footage.

O'Keefe presents a later interview with Zuckerberg and Dr. Anthony Fauci that took place in November 2020, where Zuckerberg is heard expressing an opposite view against the idea that the vaccine could change someone's DNA.

"Just to clear up one point, my understanding is that these vaccines do not modify your DNA or RNA. So that’s just an important point to clarify," Zuckerberg says in the interview.