Here's the proof Hunter Biden lied to get his gun

Hunter Biden checked off the box marked "no" next to the question "Are you an unlawful user of, or addicted to, marijuana or any depressant, stimulant, narcotic drug, or any other controlled substance?" 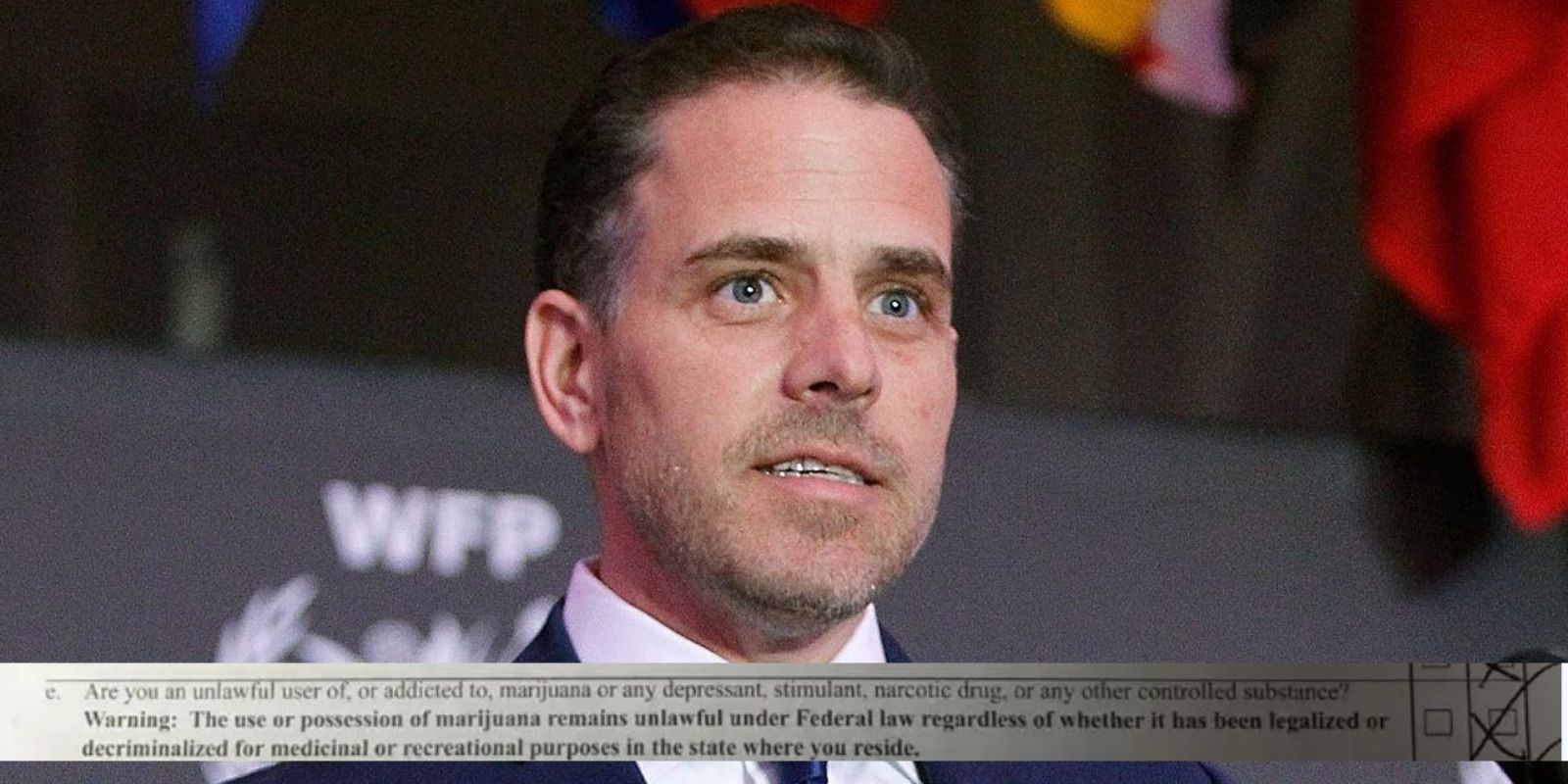 It was recently revealed that Hunter Biden was the subject of an investigation into a missing firearm in 2018, which was strange enough, but as a result of that revelation, it was discovered that Biden may have lied in his answers on federal forms that were required to be filed prior to his purchase of a firearm. Those forms were obtained by The Federalist.

On federal gun forms, Hunter Biden checked off the box marked "no" next to the question "Are you an unlawful user of, or addicted to, marijuana or any depressant, stimulant, narcotic drug, or any other controlled substance?"

Hunter said "no," though he has a book forthcoming from Simon and Schuster called Beautiful Things that "recounts his descent into substance abuse and his tortuous path to sobriety. The story ends with where Hunter is today—a sober married man with a new baby, finally able to appreciate the beautiful things in life."

Additionally, just five years earlier Hunter was discharged from the Navy Reserve after testing positive for cocaine. Family members had also spoken about the troubles Hunter had with drugs. Lying on the background check is a felony.

A text message from Hunter Biden, shared to Twitter by OAN's Jack Posobiec who has a copy of the hard drive Hunter Biden left behind in a computer repair shop in Delaware that led to controversy prior to the 2020 election, reveals more of the story.

It describes the circumstances of the missing gun, as well as the tumult in his personal life. "She stole the gun out of my truck lock box and threw it in a garbage can full to the top at Jansens," it reads.

"Then told me it was my problem to deal with. Then when the police and the FBI and the secret service came on the scene she said she took it from me because she was scared I would harm myself due to my drug and alcohol problem and our volatile relationship and that she was scared for the kids," Hunter wrote, an admission, in essence, that he lied on the federal gun form only a few months earlier.

Hunter Biden, scandalized son of President Joe Biden, was dating his late brother's widow in 2018 when she found a .38 revolver in his truck. Due to fears that he might use the weapon to harm himself, Hallie Biden took the gun from Hunter's truck and chucked it into a garbage bin. Upon hearing this, Hunter demanded that she go get it back, but it was gone.

The missing gun was reported to law enforcement and the FBI arrived to investigate. Hunter was asked by law enforcement if he had been using drugs or alcohol, and he said no. "Listen, it isn't like that," Hunter reportedly replied. "I think she believes I was going to kill myself."

This had been Hallie's concern upon finding the weapon in Biden's truck, which led her to attempt to dispose of it in the garbage bin of a supermarket. Though Hunter was, at that point, merely a private citizen, the Secret Service arrived to conduct their own inquiry.

As part of that, the Secret Service went to the shop where Hunter had purchased the gun and tried to obtain the sale records. The gun shop owner, Ron Palmieri, did not hand them over, saying that if the gun had been used in a crime, he did not want those records to be obfuscated.

The Secret Service, upon hearing that Hunter Biden's gun was missing, intervened in that case. It wasn't long, however, before the gun was recovered, turned in by a man who had found it while going through the trash. There were no charges filed.

Hunter's father, President Joe Biden, is actively engaged in limiting voting rights, a measure he calls "common sense gun reform." If the president is unable to get congress to pass the legislation he wants, he has said he is not opposed to ordering gun control measures through a federal executive order.