"There was a serious lack of safety meetings on this set," a source told the Los Angeles Times. 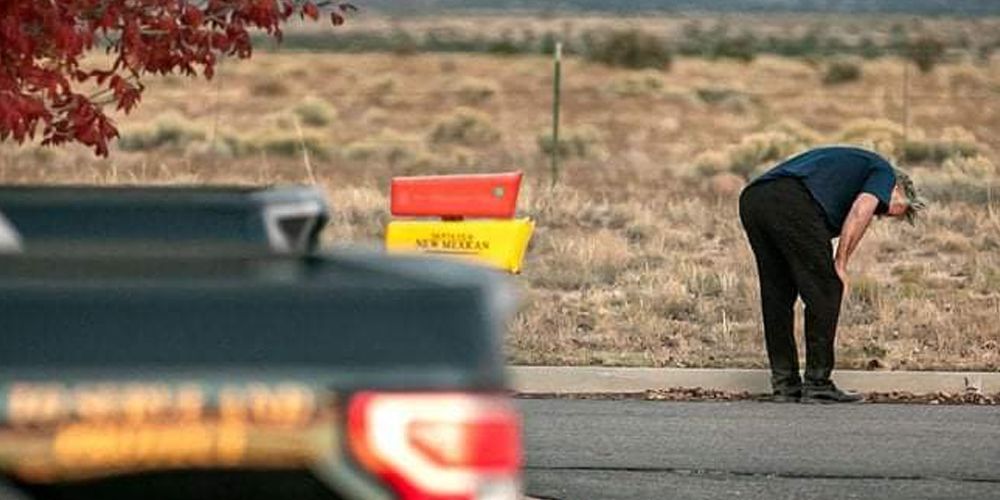 Questions into the circumstances surrounding actor Alec Baldwin’s misfiring of a gun have lingered amidst the shock over the incident. Reports from sources close to the incident suggest that the prop gun used on set had previously malfunctioned, and that crew members had staged a walkout out over safety issues.

The New York Times posed a series of questions about the aftermath: What kind of gun was it? What was the projectile? What were the circumstances?

The Los Angeles Times has new details about how Alec Baldwin’s tragic accident transpired, beyond previously stated concerns about Alec’s personal wherewithal on the issue of gun safety.

Setting the stage for Thursday’s misfiring was a "half-dozen camera crew workers" who walked off set to protest working conditions that included questions of payment handling, alongside long hours.

"The cinematographer who was accidentally killed, Halyna Hutchins, had been advocating for safer conditions for her team," the LA Times said, citing sources in the know.

The prop gun in question had two misfires last Saturday, and another one the previous week.

When it comes to the contents within the gun itself, there’s dispute whether or not it was a live round. Local 44 of the International Alliance of Theatrical Stage Employees said it was a "live single round," but that lingo is said to also include blanks in Hollywood circles.

It was day 12 of a 21 day shoot, according to the outlet. They list October 6th as the start date for when production began, and since the incident happened on October 21st we get some perspective on the scheduling.

"Corners were being cut — and they brought in nonunion people so they could continue shooting," the source speaking to the LA Times said.

In fact, producers threatened to call security on union people if they didn’t leave.

The production set was at Bonanza Creek Ranch near Santa Fe, California. Although crews were reportedly promised accommodations nearby, management reneged on that promise and had them go 50 miles away to Albuquerque, New Mexico, instead.

In response to Thursday’s misfiring, Baldwin released a statement via Twitter:

"There are no words to convey my shock and sadness regarding the tragic accident that took the life of Halyna Hutchins, a wife, mother and deeply admired colleague of ours. I'm fully cooperating with the police investigation to address how this tragedy occurred and I am in touch with her husband, offering my support to him and his family. My heart is broken for her husband, their son, and all who knew and loved Halyna."

The investigation by authorities remains open and ongoing.

In a message posted on a Twitter account ran by Shannon Lee on behalf of his deceased brother, she said "Our hearts go out to the family of Halyna Hutchins and to Joel Souza and all involved in the incident on "Rust". No one should ever be killed by a gun on a film set. Period."