A protest leader partaking in the Black Lives Matter protests over the death of George Floyd threatened to burn down the Diamond District in New York City. 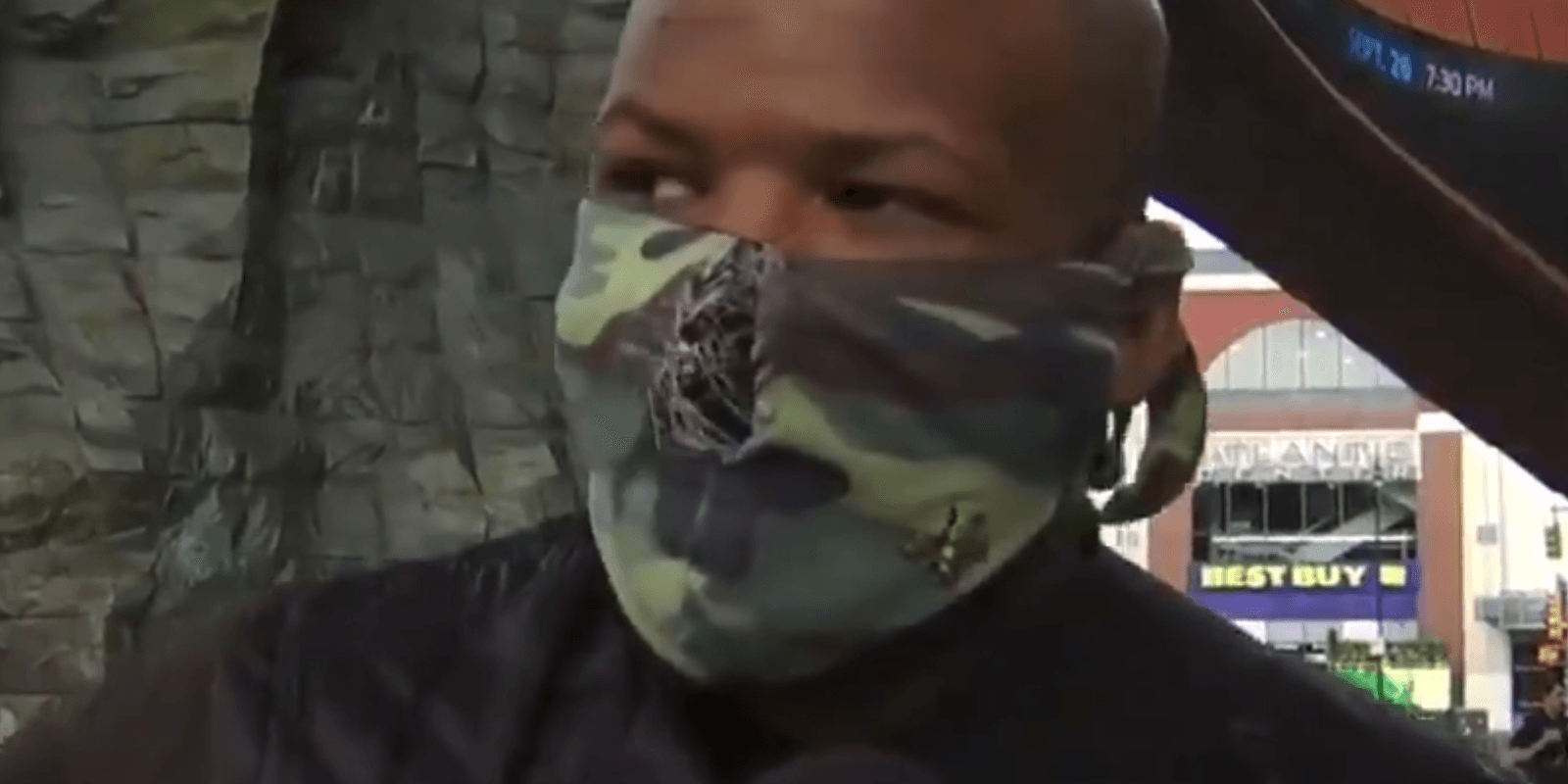 A protest leader participating in the Black Lives Matter protests over the police killing of George Floyd threatened to burn down the Diamond District in New York City during a live broadcast on Fox News.

Speaking in a live interview during a broadcast with Fox News anchor Eric Shawn, a masked protester expressed his desire to burn down the Diamond District unless the Black Lives Matter protestors demands were fulfilled.

UPDATE: The Post Millennial has identified the masked speaker as Ace Burns aka @aceburns2020 on Instagram and Twitter, where he has posted videos expressing his plans to march from the Barclays Center.

UPDATE 2: Ace Burns has been arrested.

“Today I’m leading a demonstration from Barclay Center at 6pm to City Hall, and that’s the first stop. I hope [Mayor] de Blasio and [Governor] Cuomo come out and talk to us and give the youth some direction,” said the protester of his group’s demands. “But if they don’t, the next stop is the Diamond District. And gasoline, thanks to Trump, is awfully cheap.”

47th Street, better known as the Diamond District, is populated predominantly by Orthodox Jews engaged in the jewelry trade. It has been spared from much of the violence that has rocked New York City over the past week.

“That person was, basically suggesting that they plan to go to the Diamond District, which is run by orthodox Jews here in New York City. Certainly hope that is not the case and we do not endorse, or in fact we condemn that type of language her on the Fox News channel. Someone saying that certainly should be called out in terms of any type of potential threat of any sort that we just heard, live from someone who’s interviewed here on this channel.”