"Across the country," Psaki said, "we're seeing Republican leaders take action to regulate what student can and cannot read, what can or cannot learn, and most troubling who they can or cannot be." 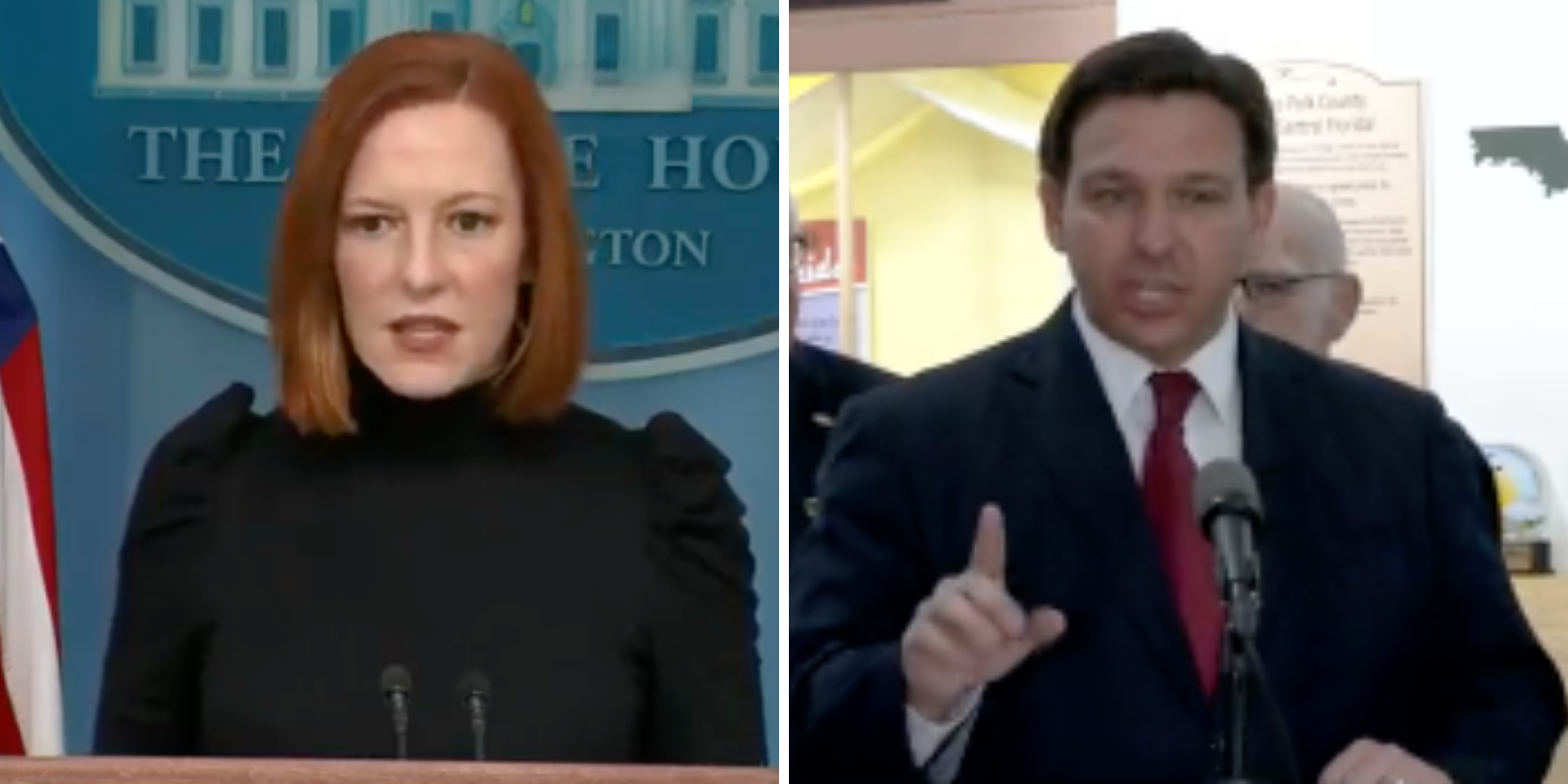 The White House was asked on Tuesday about a new bill that passed the Florida House that would make it so that a school district would not be allowed to "encourage classroom discussion about sexual orientation or gender identity in primary grade levels or in a manner that is not age appropriate or developmentally appropriate for students."

In response to a question about the law, which was praised by Florida Governor Ron DeSantis, White House Press Secretary Jen Psaki said that it was essentially discriminatory against children who identify as LGBTQI+.

"Every parent," Psaki began, "as one myself too, hopes that our leaders will ensure their children's safety, protection, and freedom, and today conservative politicians in Florida rejected those basic values by advancing legislation that is designed to target and attack the kids who need support the most, kids from the LGBTQI+ community who are already vulnerable to bullying, and we've seen that in study after study, and violence just for being themselves and just for being who they are."

"Make no mistake, this is not an isolated action in Florida," she said, before comparing the bill action to efforts by conservatives to take more control over public school educations. These latter efforts have been in service to ensuring that students are not taught to believe one race is superior to another, and to prohibit the teaching of works with depictions of graphic sex.

"Across the country," Psaki said, "we're seeing Republican leaders take action to regulate what student can and cannot read, what can or cannot learn, and most troubling who they can or cannot be."