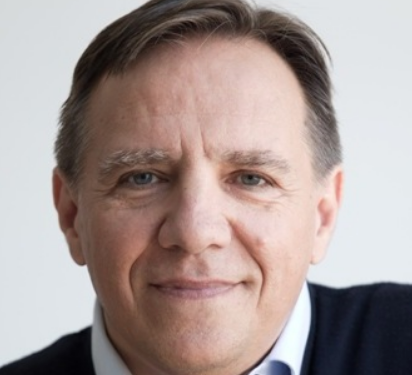 According to an August reportfrom the Canadian Institute of Identities and Migration (CIIM), Quebec Premier Francois Legault has not only fulfilled his campaign promise of reducing total immigration in his country by 20% but has actually exceeded this reduction by between 4-5%.

According to the report:

Premier Francois Legault has often equated the CAQ’s target of 40,000 somewhat over 20 per cent reduction in immigration levels. In fact, Quebec accepted 52,388 people in 2017, so meeting the target would mean the equivalent of a 24 per cent reduction. Hence as Legault had previously acknowledged because Quebec only has jurisdiction over economic immigration thus limiting the number of immigrants in the other categories would require negotiations with the Federal government.Jack Jedwah, President of the CIIM

The sharp decline in accepted members of sponsored families was also very different in Ontario. While the decrease in those accepted by Quebec was moderate (-9.6%), Ontario saw a sharp spike in the number of those accepted, rising from 17,165 to 21,940, a 27.8% increase.

“The CAQ said that the reductions in immigration were needed to improve integration by better responding to the needs of the workforce and by ensuring that newcomers are comfortable functioning in French,” reports CIIM President Jack Jedwab. “It repeatedly claimed the cuts to the numbers of immigrants would be similar across all categories.”

According to Emilie Vezina, a spokeswoman with Quebec’s Immigration Department, these immigration numbers are in line with the government’s proposed target for 2019.

“Targets are set on an annual rather than a monthly basis,” she said in an email. “Families who come to the province in the economic category, for example, arrive more often during the summer period, before the start of school, Vezina explained,” reports CTV News.

“The arrival of these people is therefore not counted in the data identified for the first six months of the year,” Vezina continued. “That’s why it’s best to use annual data to get a more realistic picture.”

“When we look at the immigration situation in Quebec, the problem I see … is that there are too many who are not qualified, and too many who do not speak French,” Legault said.

According to Global News, Legault’s plans for Quebec will are to “welcome fewer people but take better care of those accepted.”

“It’s normal to take a step back,” Legault said. “Because there were issues with integration … in employment and with the knowledge of French.”

According to the CBC, Legault specified that he would still take more French people, as well as Europeans. His primary concern, as previously mentioned, appears to be regarding an immigrant’s capacity to integrate and speak the language, rather than their skill level or skill set.

In a 2017 interview with the CBC, Legault said that his plan was a response to the “working market” and that new immigrants would be given a three-year window to pass a French language test.

However, Jedwah believes that these cuts may have had the opposite effect of what was intended. As he explains, this is due to Legault’s primarily being able to influence the economic category of immigration, and that most of the skilled workers denied entry into Quebec would have been French speakers.

“The reductions that the Quebec government made as regards immigrant in-take clearly required a disproportionate cut to those in the economic category, where Quebec has jurisdiction to do so, writes Jedwah. “It was skilled workers that faced the brunt of this cut and most came from French-speaking countries, the ones said to be the most likely to succeed in integration. Hence the reduction turned out to be little more than smoke in terms of the original purpose as described by the current government.”