Sources say that the government is considering a curfew starting New Year's Eve, with an announcement expected Thursday afternoon. 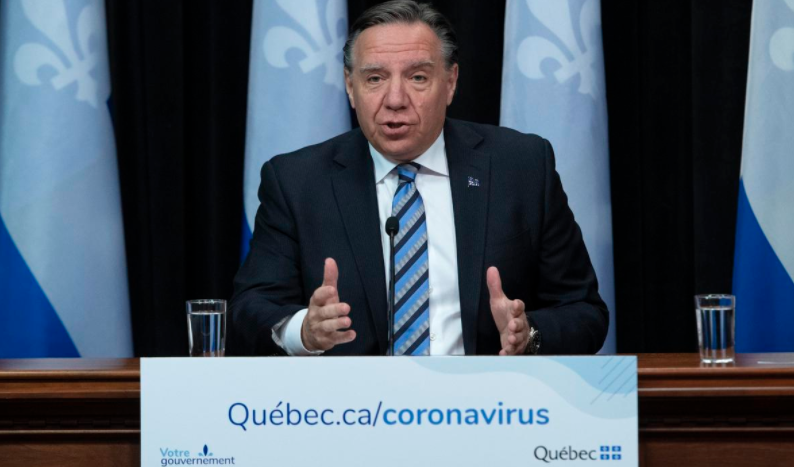 Update: Francois Legault has reintroduced a 10pm curfew and has closed restaurant dining rooms. The premier says the new measures are needed to protect the healthcare system. The new restrictions begin Dec. 31 at 5 p.m.

The Legault government in Quebec will reintroduce a curfew on its citizens due to the rising cases of the omicron variant cases in the province, a source told the Montreal Gazette.

Sources say that the government is considering a curfew starting New Year's Eve, with an announcement expected Thursday afternoon.

The curfew would likely go from 9 pm to 5 am.

Premier Francois Legault had previously said prior to Christmas that decisions will be made depending on "the capacity we will or will not have to treat sick Quebecers over the coming weeks."

Sources also say that the province is considering shutting down restaurants, something that was previously not considered, due to the occurrence of outbreaks between staff.

Currently, bars, gyms, theatres, and more are shut down completely, while restaurants are open until 10 pm, at 50 percent capacity.