Whether in Canada or in the global south, we should have no part in policies, programs, or organizations which seek intentionally to push non-white women to have fewer children. 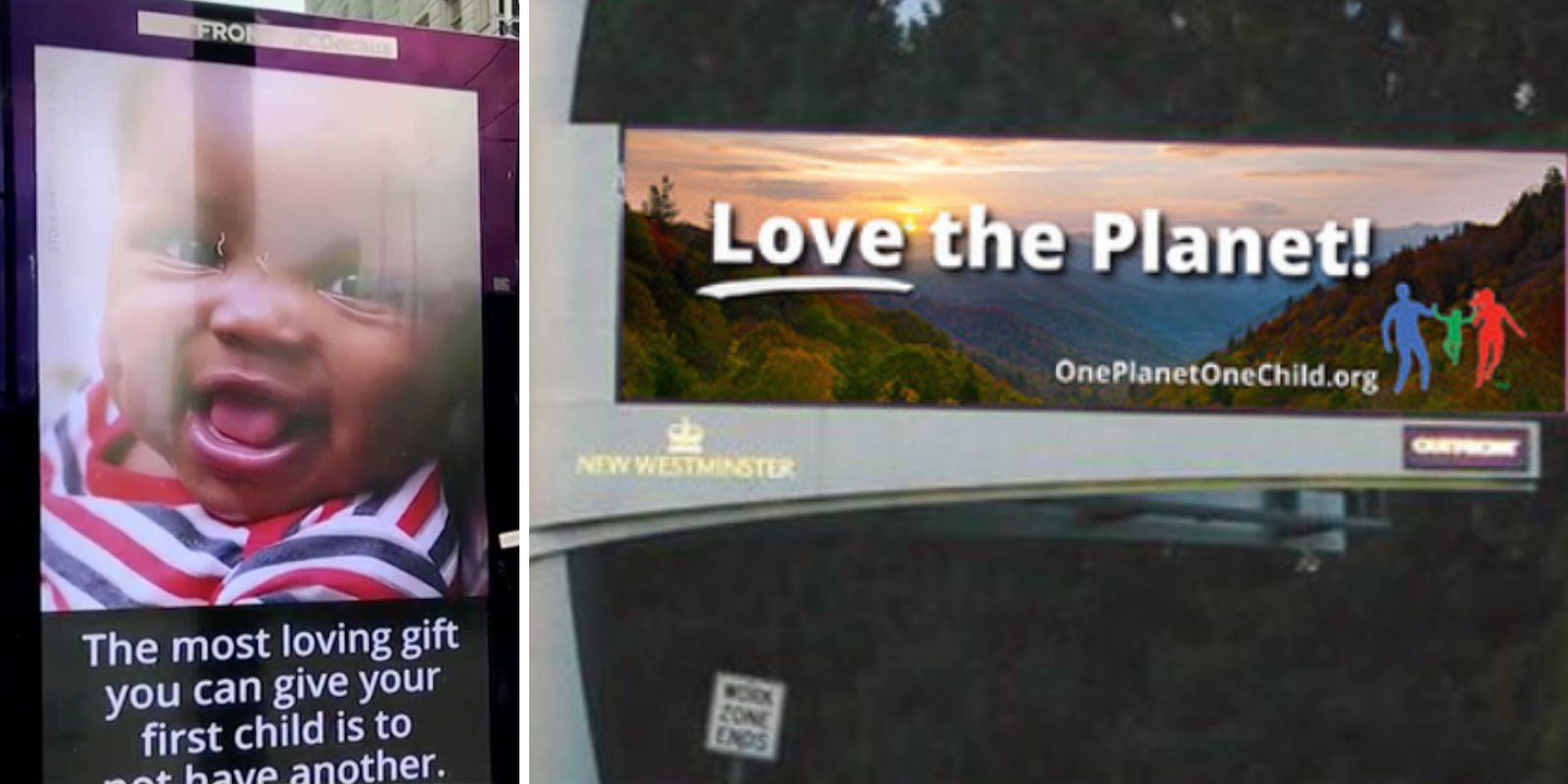 Despite being generally described as merely "bold" and "controversial," a recent ad in Vancouver by an organization called "One Child One Planet" is nothing short of racist. It's hard to imagine how such an explicitly racist advertisement could be put up this year, in spite of all the important conversations about race that have been happening.

The ad in question features a large zoomed in photo of a smiling black baby. It says underneath the photo, "The most loving gift you can give your first child is to not have another." This ad is part of a larger campaign that seeks to promote the widely discredited idea that the biggest problem facing human beings is that there are too many of us. (The ad is no longer listed on the organizations website, but at the time of writing it is still posted on the public billboard).

Some people used to think, primarily following an 18th century economist named Thomas Malthus, that wealth was likely to grow in a linear fashion while population would grow exponentially, and that this would always lead to population exceeding resources unless measures were taken to control the growth of the population. This idea turned out to be wrong. In the 20th century, we saw quite clearly how wealth can actually grow exponentially, and also how wealthier people tend on average to choose smaller families regardless of advertising or government policy. It would amaze Malthus that many countries now have the opposite problem from the one he anticipated—they have insufficient working age people to develop the resources that are available, instead of not enough resources available for those who want to work.

Advocates of population control cling stubbornly to their Malthusian thinking, even though it has been largely debunked by history. But as this ad demonstrates, there is a darker side to the population control movement. It's more than just a failure to move past discredited economic theories.

Inevitably the advocates of population control are pushing to limit populations of the 'wrong' kind of people. They often believe that people like them (the 'right' kind of people) can contribute more to solving the world's problems than they consume in resources and can therefore justify larger families. But they think people who are not like them in some definable way, in terms of education, class, ethnicity, or national origin, should be the ones who have fewer children.

It is no accident that population control movements have a history of association with racism and eugenics. Organizations led by privileged white people have a history of intentionally targeting racialized women with messages promoting smaller families, both in western societies and in the global south.

When poorer countries have pursued coercive "family planning" programs (such as China's historical one-child policy), many in the west have looked the other way or even offered tacit support, tolerating for non-white women things that they would never tolerate for themselves. The United Nations Population Fund provided a $50-million grant to China for the information gathering system associated with their population policy in the same year that the one-child policy was established, and gave an award to the person responsible for overseeing the country's population policy four years later. China's one-child policy was associated with widespread forced abortion and infanticide. Clearly a UN agency would not have provided such material support for these kinds of programs if the wives and daughters of the bureaucrats running the program were the ones being affected.

Today, although the most extreme kinds of population control policies are no longer winked at in the same way, it is still a shameful reality that non-white women are much more likely to be targeted with messages that THEY should have fewer children. And so, when an organization advocating population control chooses a black child for an ad about how people should have fewer children, in a Canadian city where less than 2 percent of the population is black, it hardly looks like an accident.

For me, this subject is somewhat personal. As the father of four biracial children (I am white, my wife is east Indian), I’m obviously inclined to be particularly sensitive to messages which suggest that there should be fewer non-white children in the world. But regardless, an ad which carries this kind of racist message has no place in Canada.

And beyond this particular ad, we need to think seriously about where this kind of thinking comes from and where it leads. Whether in Canada or in the global south, we should have no part in policies, programs, or organizations which seek intentionally to push non-white women to have fewer children. As Conservative Shadow Minister for International Development, I believe that it is legitimate for western governments to support choice and agency when it comes to family size and structure—but that is very different from western-based organizations targeting marginalized and racialized women with the message that they should have fewer children.

Frankly, this ad shocked me. But it has also been a wake-up call about the continuing reality of the racist underbelly of the population control movement. In the name of real choice, equality, and universal human dignity, we must stand against these types of ideas and messages.

Garnett Genuis is the Member of Parliament for Sherwood Park-Fort Saskatchewan and the Conservative Shadow Minister for International Development and Human Rights.