Vermont was once a bastion for feminist liberties, and though trans activists wish to stop us from speaking, we will not be silenced. 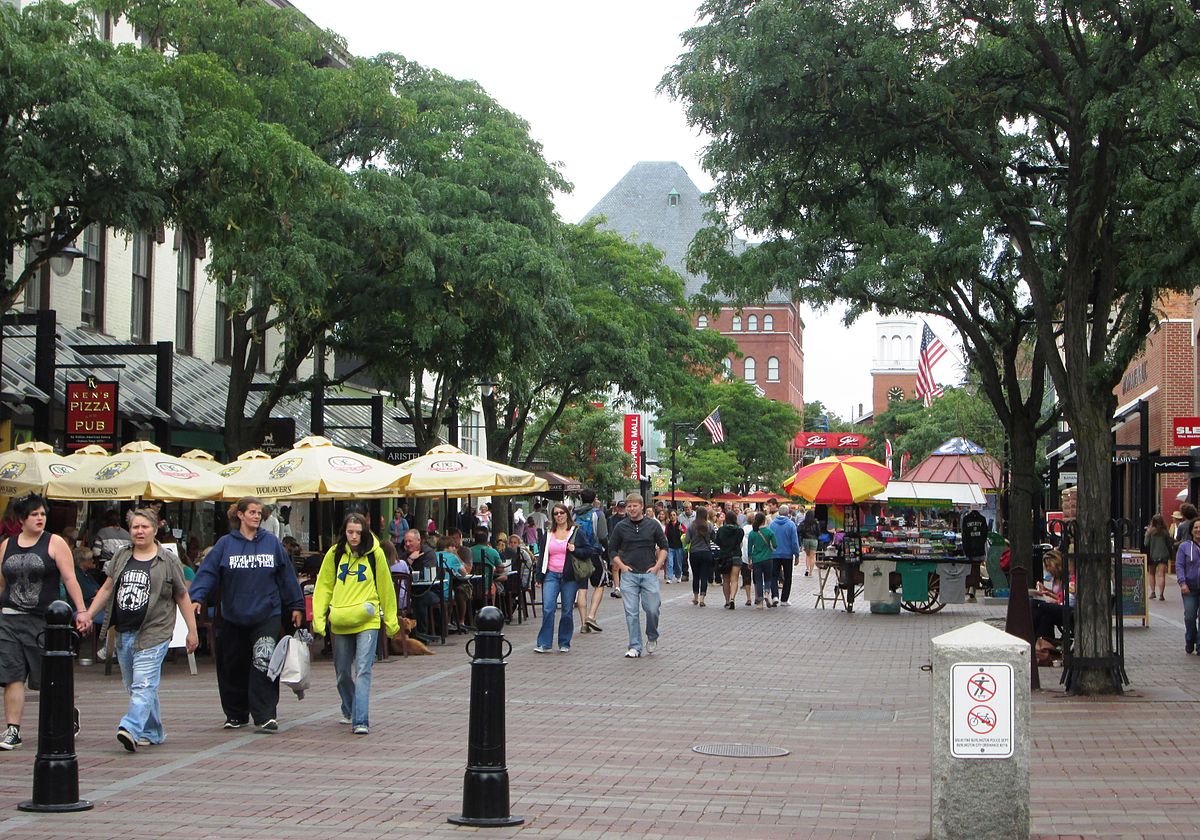 The battle over gender identity ideology in Vermont has been playing out in Burlington, the state’s biggest city. Vermont is a tiny, mostly rural state that has been a bastion of progressive values for quite some time. It is the land of Bernie, Ben & Jerry, the second state to give women the vote and first state to grant a marriage equivalent to same-sex couples. That’s why it was so surprising when a library talk organized by a local, well-known feminist was cancelled after cries of outrage and fear from trans activists.

Peggy Luhrs, an elder activist, organized a meeting for January 2020 by the group Gender Critical Vermont at the Fletcher Free Library in Burlington. The meeting was promoted as a “group for Vermonters who oppose the subversion of Women’s Rights by the transgender agenda” and specifically invited parents, gays, lesbians and women.

The opposition was swift and harsh. Community groups formed to oppose the meeting, which they called a hate group. There were cries of concern for the safety of transgender people in the city. Threats were made to protest at the library. In response, Luhrs cancelled the event, with plans to reschedule in the future. She said that a couple dozen people have shown interest in joining the Gender Critical group. Burlington’s Mayor Weinberg stated that he was glad the meeting was cancelled and reiterated that “hate” will not be tolerated in the city.

This is not the first time in the past couple of years that Luhrs, who has been an active leader for many years in the women’s movement, has come under fire in the community. Many of us began to take note of her latest saga when she shared on Facebook about having her scheduled talk on Female Erasure in August of 2018 at the Peace and Justice Center cancelled after outcries from trans activists about the event.

The talk was advertised to the public with the description: “Peggy Luhrs will lead a thought-provoking discussion on today’s feminist movement and the possible erasure of females within the movement.” Being a seasoned activist herself, Luhrs fought back against this censoring and was consequently banned from the Peace and Justice Center, as well as from an honoring event for one of her long-time activist friends. Luhrs showed up to the event, was blocked at the door and then escorted away by the police when she stood her ground.

Besides the aforementioned public display on the Vermont scene, the tension between these divided factions among the left seems to be slowly seeping into the rest of Vermont, New England-style, via private conversations and thoughts that remain at a low murmur.

Considering the kinds of protests, cancel culture silencings, and threats of violence that have been known to happen in other places towards other feminists, women’s rights activists, and their meetings, Peggy Luhrs had a very valid safety concern in making the decision to cancel her library talk.

A few months before, on October 29, 2019, Canadian feminist activist, Meghan Murphy, needed to be protected by police and enter through the back of the Toronto Public Library for her talk about the implications of gender identity on society, law and women. There was a forceful push from trans activists towards the library to cancel the talk, and several hundred protesters stormed outside the library on the evening of the event to oppose what they said was transphobic.

How did we get to such a political and social point so quickly where even in peace-loving Vermont, the new gender identity ideology and its ideologues butt heads with those of us who remember what feminism used to be, say 10 years ago? We are not happy with this sudden paradigm dominating politics, language, culture, laws, institutions and schools and controlling a narrative that seems to usurp what feminists have accomplished.

This clash has been happening online and all over the Western world, especially in the UK and Canada, where gender self-ID laws have passed, giving anyone the right to legally change their sex by simply declaring it so.

In the US, people seem to not yet be aware of the spread of this new way to define what men and women are under the law and the implications to sex-based rights and sex segregated spaces. Self-ID laws and policies have thus far been enacted at the state and local levels, such as the recent Gender Recognition Act in California. Slowly, people are noticing male-born teens competing against girls in high school sports and all-gender changing rooms in gyms.

This is still a back door issue for much of the country. But it’s time that women take notice and stand up for their rights. Vermont was once a bastion for feminist liberties, and though trans activists wish to stop us from speaking, we will not be silenced.