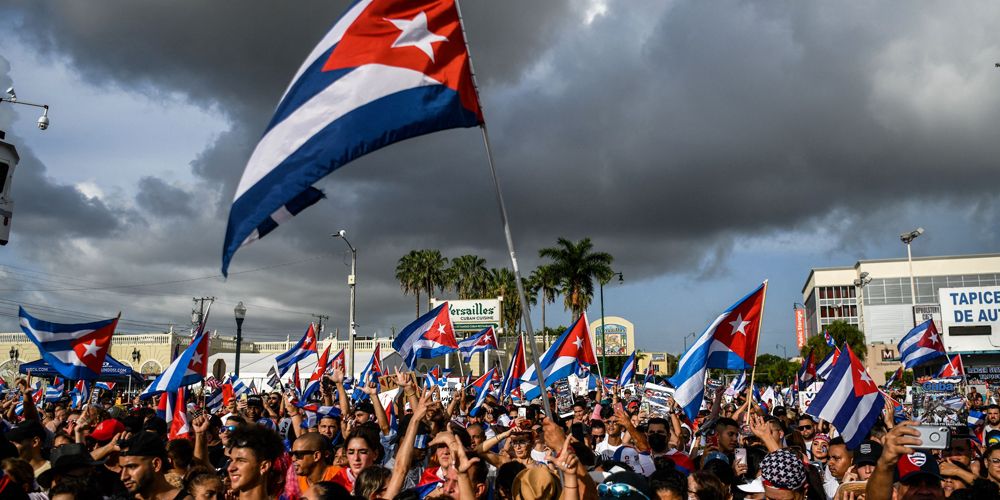 The lines of communication between Cuba and the rest of the world are being cut off. Reports indicate this is intentionally done by those in power on the island.

According to Breitbart, the Communist government of Cuba has used “high-power jamming equipment” to scramble radio operators on the opposition side of the conflict. These methods were enacted in the first place after online communications for the Cuban people were restricted amid the unrest.

Florida Governor Ron DeSantis on Thursday urged President Biden to bring internet access to Cuba so their government’s dissenters can speak freely with the rest of the world.

Speaking to Breitbart was Cuban exile Alex Valladares. He told them after making contact with Cubans on shortwave frequencies, it soon became “completely flooded with high-power noise.” A similar pattern of obstruction followed Valladares wherever he tried to, and adapt.

His primary concern is for the future wellbeing of people on the island. Valladares vowed to Breitbart he’d continue attempts to make contact with the Cuban people in the days ahead.

In response to the protests, Black Lives Matter condemned the United States government instead of Cuba’s communist regime. The often outspoken Rep. Alexandria Ocasio-Cortez issued a similar message calling for the USA to end sanctions against the country. At the outset of the anti-communist uprising earlier this week, Cuban President Miguel Diaz-Canel issued a call-to-arms for counter-protesters to strike back.

Cuban activists have stressed that what’s going on is not about vaccines or the embargo, but indeed about rebelling against the ruling class.

Canadian Leader Justin Trudeau has refused to take a hardline stance against the Cuban government throughout this week, as well.