Network Rail determined that a poster in support of a famed, UK novelist, that didn't mention trans, gender, or women's rights, was too political. 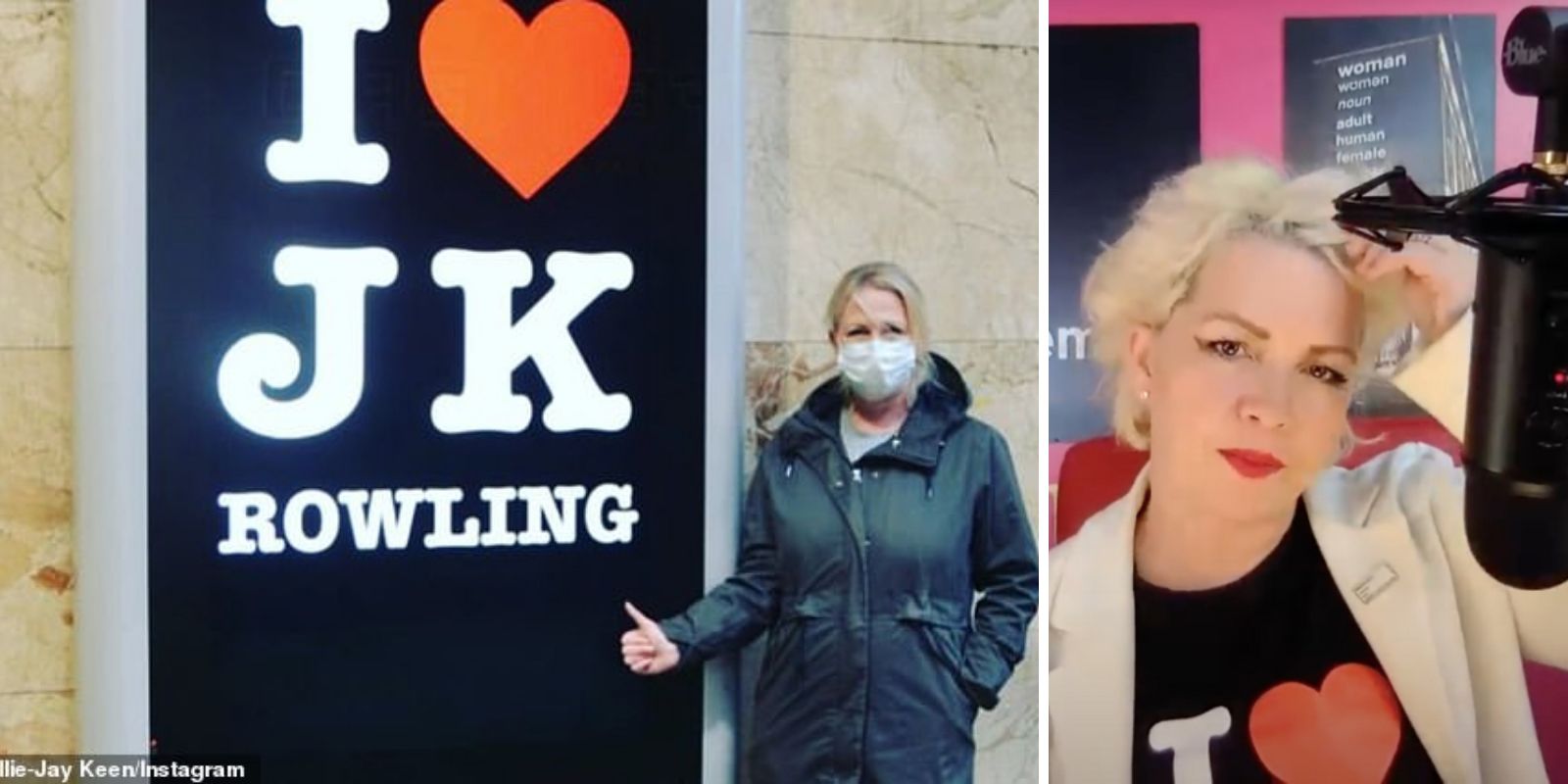 A poster in support of JK Rowling that was paid for by Kellie-Jay Keen reading "I love JK Rowling" was allegedly taken down from Edinburgh Waverley Station for being too political. But a freedom of information request revealed that there weren't any complaints about it being up, only complaints about it coming down.

Network Rail had said that "The poster in question is against our code of acceptance for advertising in our stations owing to its political nature. We do not allow advertising that is likely to support or promote one viewpoint over another."

Gender critical activist Kellie-Jay Keen paid £1,200 to put up the poster to state her agreement with JK Rowling's assertion that biological sex is real.

Rowling came out in favour of the claim that there are two different sexes that have discreet reproductive systems only to receive a mass of backlash claiming that she was transphobic.

Edinburgh Live reported that Keen said the poster was a celebration of Rowling. They also stated that the poster was taken down after there were complaints about the post giving the city a "transphobic" reputation, as Rowling has come under fire for so-called "anti trans" sentiments.

Gender critical Twitter users posted that in fact, after a freedom of information request, a letter back from Network Rail revealed that they "did not receive any complaints a out the poster being up," but that in fact, "as of 19 August 2020, we have received 158 complaints in regarding the posters' removal."

What this means is that Network Rail determined that a poster in support of a famed, UK novelist, that didn't mention trans, gender, or women's rights, was too political.

This is undoubtedly because they had concerns about a mob of trans activists coming after them. They note in the letter that while there were complaints on social media, Network Rail did not lodge these as official complaints.

The Post Millennial reached out to Keen for her take on the matter, as it was her poster that was removed. A billboard campaign of hers previously caused a stir, reading "Women = adult human female," but it was roundly protested by trans advocates before being pulled down. In the case of the Rowling poster, it was the company itself that decided, with no customer complaints, to terminate her ad contract and remove the poster.

"When our supposedly rigid services and structures create dishonest accounts in order to silence women, we should be afraid," Keen said. "It's one thing to have a movement rampant in misogyny invest so much energy into silencing women and stealing our spaces and rights, it's quite another for a sober operation like a railway company to join in.  It's time for the grown ups to return, the kids have made a terrible mess."

The controversy over Rowling heated up when she disputed the phrase "people who menstruate" in a Twitter post, and while she had been increasingly open about her gender critical views, this opened the door for masses of hate. When Rowling asserted that the proper term should be "women," people called her out for saying that trans men also menstruate. The position of gender critical feminists would be that transmen who menstruate are irrefutably women.

Edinburgh Live reported that LGBTQ+ and GLAAD (Gay & Lesbian Alliance Against Defamation) responded to Rowling's comments, saying: "JK Rowling continues to align herself with an ideology which wilfully distorts facts about gender identity and people who are trans. In 2020, there is no excuse for targeting trans people."

One person accused Network Rail's allowance of the poster of "literally making Edinburgh look an unwelcoming and transphobic city. Congratulations. The city has a high population of students and a majority of them are trans allies. Seems unlike our public transport."