Last night during halftime Nav Bhatia, also known as “Superfan Nav” was presented with his own championship ring along with the Toronto Raptors’ players. 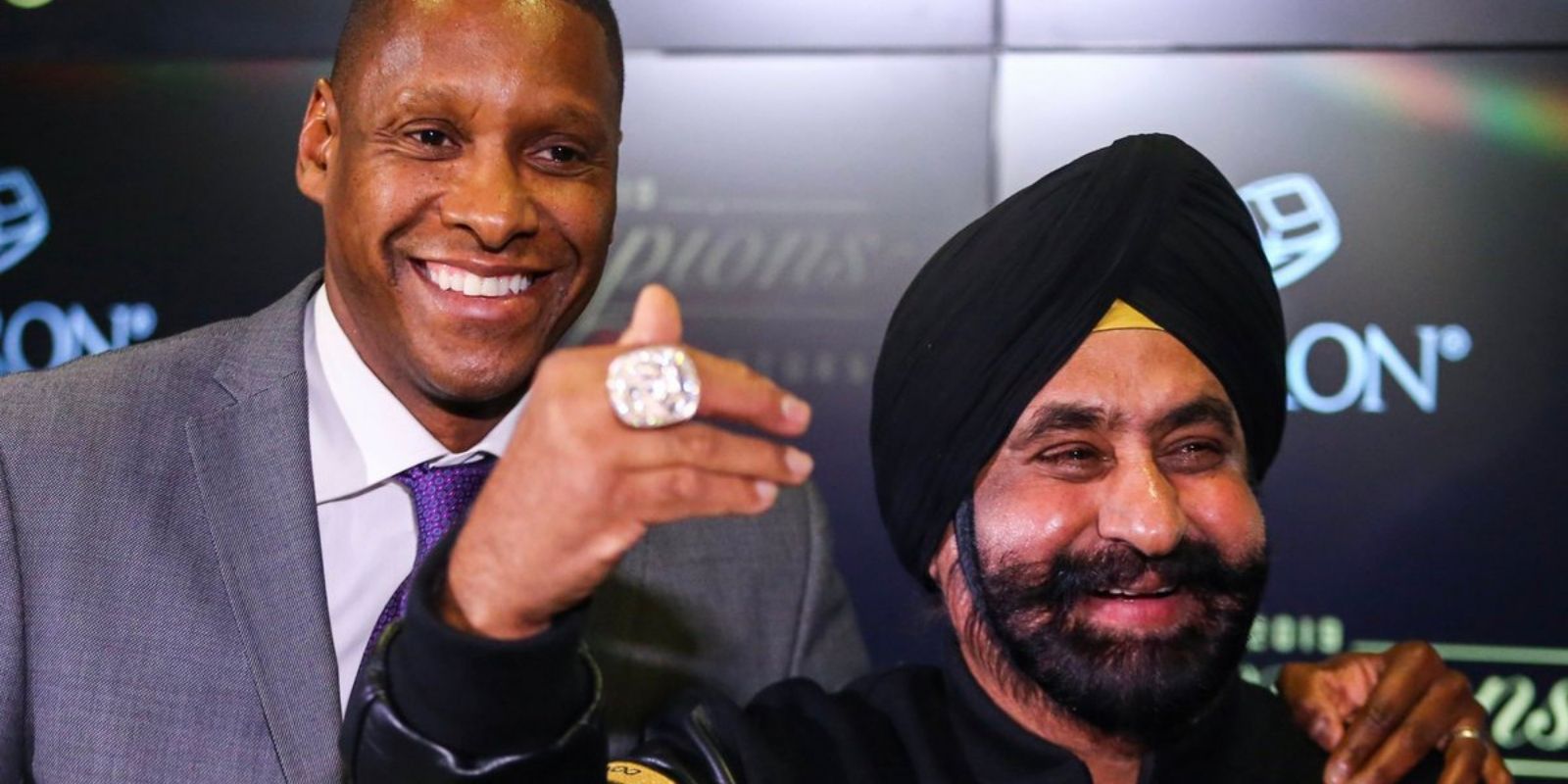 Last night during halftime Nav Bhatia, also known as “Superfan Nav” was presented with his own championship ring along with the Toronto Raptors’ players. This makes him the first-ever fan in Canada to be given a championship ring, and one of the few non-organization people to receive one.

The Toronto Raptor president, Masai Ujiri, presented Bhatia the 640 diamond-encrusted ring explaining that “[Bhatia] represents everything we are about” and “he represents our fans in every unbelievable way there is,” in a heartwarming gesture to a man who has fully dedicated himself to the Raptors.

Quite incredibly, Superfan Nav has not missed a single Toronto Raptors game since 1995 (the year of the teams founding), at the cost of attending many personal functions, sometimes to the chagrin of his very patient wife.

At the least, his absolute dedication to the Raptors has not gone unnoticed. Aside from the championship ring, Bhatia has received free seats, as well as being appointed grand marshal in the championship parade earlier in the year.

After receiving the championship ring Bhatia said that, “I always dreamt for a championship but I never thought I’d be here among all you guys accepting this beautiful championship ring. I’m really honoured and humbled,” going on to joke, “I hope my wife is not mad because I put this over my wedding ring.”

I don’t know how to put this in words. Thank you to the greatest organization in sports for how much they care about their fans. I accept this championship ring on behalf of every @Raptors fan across the globe. Words do not express what this means to me. pic.twitter.com/iA5VE10V1K— Nav Bhatia Superfan (@superfan_nav) October 23, 2019

Bhatia has not only been recognized for his love of basketball and the Toronto Raptors, but also more recently for his charity work with his own Superfan Foundation which is a non-profit dedicated to building basketball courts and camps for underprivileged kids around the world.

There is no wonder why the man has become a Canadian sports icon.