Israel's ambassador to the US slammed Tlaib for "stoking tensions" with her comments about Israel's targeted retaliatory attacks on Hamas. 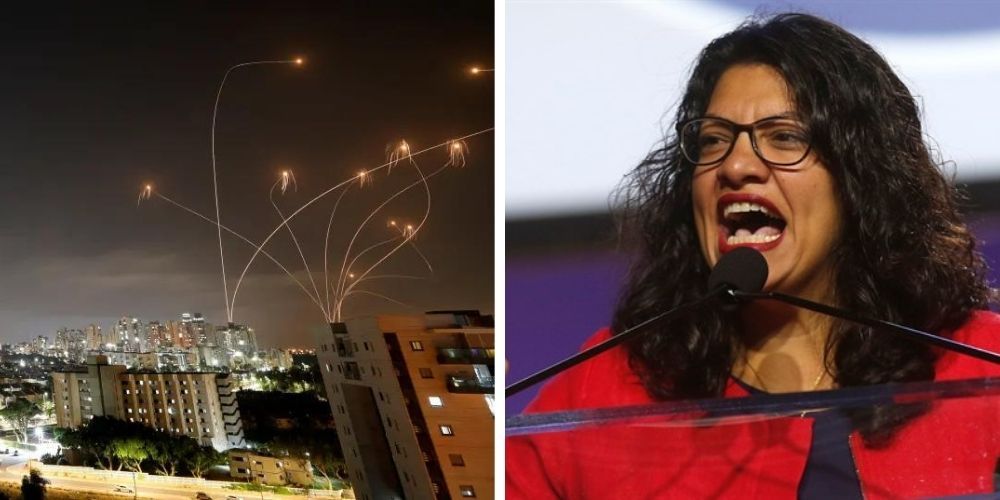 On the Mehdi Hasan Show, Rep. Rashida Tlaib, (D-MI), falsely called Israel an "apartheid system" and fraudulently claimed that Israel wants to expel all Palestinians, while ignoring the hundreds of rockets launched at the Jewish state by Hamas terrorists who seek to wipe Israel off the map.

During the interview, Tlaib questioned US aid to Israel and said, "And I know this is not the first time that my country has been on the wrong side of history. I know that,” she continued. “This won’t happen unless we organize in communities, understand the … intersectionality of many of our work around movement, not only for black lives but against all forms of oppression."

"And so, Mehdi, it’s very clear to me that we cannot take it off the table," Tlaib said. "It has to remain. The fact of the matter is, the Israeli government doesn’t want Palestinians to exist. They don’t want to co-exist with their neighbors. They want to basically expel them all, to get rid of them all, and again on our own dime."

Tlaib added, with regard to US aid to Israel, "It has to be on the table… by not conditioning, and having what we call unconditional funding to an apartheid state, one that is practicing ethnic cleansing and so much more, we are becoming hypocrites, and – and – and saying that we don’t support the value of human dignity, we don’t support international human rights."

Israel's ambassador to the US slammed Tlaib for "stoking tensions" with her comments about Israel's targeted retaliatory attacks on Hamas.

Tlaib, the first Palestinian-American woman elected to Congress, criticized the Jewish state after Israeli police attempted to stop rioting by Palestinians Friday at the Al-Aqsa mosque located on the Temple Mount in Jerusalem. The location is the holiest site in Judaism and the third holiest site in Islam.

Tlaib posted on Twitter, "I was 7 years old when I first prayed at the Al Aqsa with my sity [sic]. It's a sacred site for Muslims. This is equivalent to attacking the Church of the Holy Sepulchre for Christians, or the Temple Mount for Jews. Israel attacks it during Ramadan. Where's the outrage @POTUS?"

She then added in another tweet "American taxpayer money is being used to commit human rights violations. Congress must condition the aid we send to Israel, and end it altogether if those conditions are not followed. Statements aren't working @SecBlinken. Enough is enough."

Israel's Ambassador Gilad Erdan replied to the post on Monday, "Congresswoman @RashidaTlaib maybe you should open your eyes to the whole picture? Islam’s 3rd holiest site is being used to stockpile Molotov cocktails and rocks that are being lobbed at the police and at Jewish worshippers praying at the Western Wall, below the Temple Mount,"

Erdan added in another post. "Congresswoman, instead of calling for peace and calm, your tweets are the stoking tensions. Maybe you don't realize that your words encourage terror groups such as Hamas to fire rockets into civilian populations and carry out attacks against Jews."

Hamas has launched over 700 rockets at civilian targets in Israel including 130 rockets launched into densely packed Tel-Aviv and the surrounding areas on Tuesday. Israel retaliated by striking terrorist targets in the Gaza Strip. 32 Palestinians have been killed in Gaza, the vast majority being Hamas terrorists, while 3 people were killed in Israel.