Harry's shaving company ended its relationship with The Michael Knowles Show on Daily Wire's broadcasting platform because a Twitter account with 9 followers told them to. 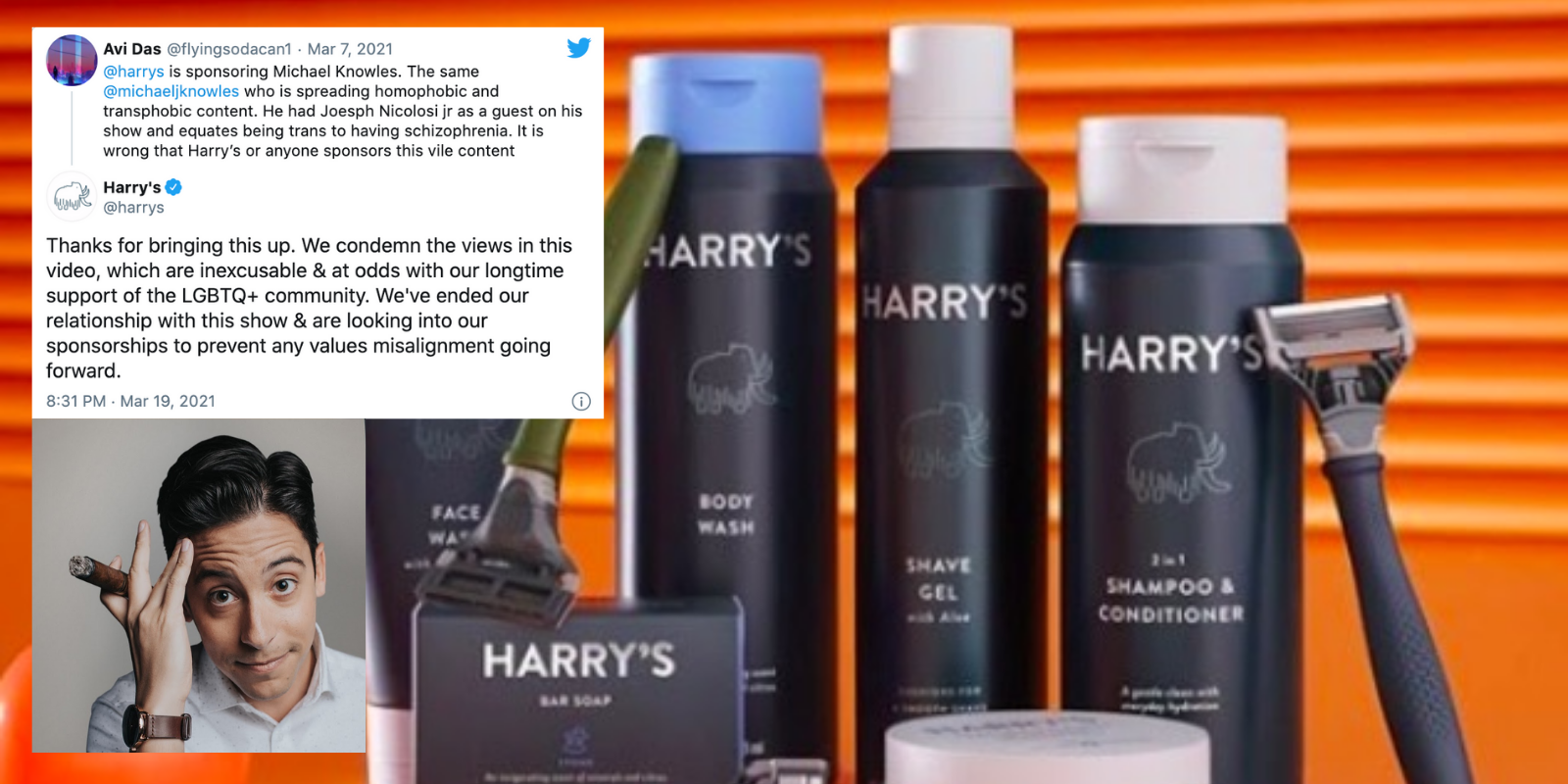 Harry's razor company ended its relationship with The Michael Knowles Show on Daily Wire's broadcasting platform because a Twitter account with 9 followers told them to.

Avi Das, who notes in their Twitter bio that they use they/them pronouns and hope to one day go college, tweeted at that "@harrys is sponsoring Michael Knowles. The same @michaeljknowles who is spreading homophobic and transphobic content. He had Joesph Nicolosi jr as a guest on his show and equates being trans to having schizophrenia. It is wrong that Harry’s or anyone sponsors this vile content."

Harry's replied to this tiny account, saying that they've ended their relationship with the show, and even thanked Avi Das for bringing it to their attention.

Michael J. Knowles, who has over 400,000 followers on Twitter and his own show apparently doesn't have the media reach of what is basically an anonymous account which, at the time of their complaint, had only two followers.

Pushback against Harry's was swift and fierce, with Jeremy Boreing, co-founder and co-CEO of the Daily Wire, tweeting out that Harry's has decided conservatives don't get to have razors.

Daily Wire posted a meme of Meghan Markle looking lovingly at a Harry's razor instead of her own dear Prince Harry.

Some users were just annoyed that Harry's gave into cancel culture whether they agreed with the anon Twitter account, Knowles, or neither.

Others used the opportunity to plug Harry's competition.

The Quartering just wanted to bring some sanity back to the world.

More anon accounts with hardly any followers piled on, saying that Harry's was doing the right thing. But again, the only influence they have is with corporate, and not with customers.

Candace Owens advised her followers to drop Harry's right away. She has far more than all the anon accounts that applauded Harry's move combined.