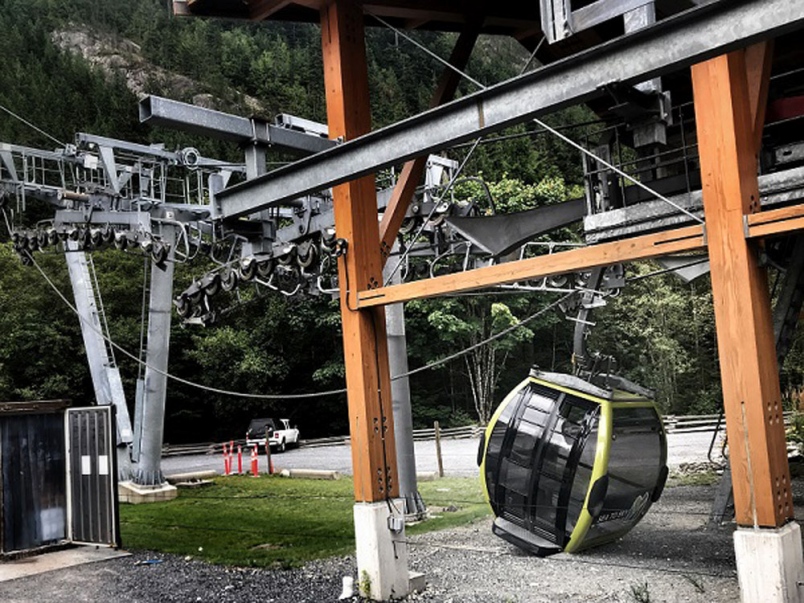 RCMP believe the senseless act of vandalism occurred at roughly 4 am on Saturday and caused two kilometres of cable to plummet to the ground nearly a kilometre below along with the passenger cabins it holds.

“Our initial estimate is that 18 to 20 of our 30 gondola cabins will need to be replaced along with the main cable,” Sea-to-Sky Gondola said in a statement on Monday. “We are working with Doppelmayr, our lift manufacturer, to determine timelines for equipment replacement.”

No one was injured when the passenger cabins came crashing down, but police say it could have been much worse. Furthermore, RCMP Inspector Kara Triance believes that the vandalism caused over a million dollars in property damage and significant lost revenues.

“We recognize the potential of what could have been and are thankful that no one was injured. We are currently assessing the damage but our preliminary assessment suggests that a cable was cut. We will continue our investigation and release updates to you as soon as possible,” said Cst. Ashley MacKay, Media Relations Officer for Squamish RCMP in a statementon August 10.

“We can say that it’s been cut,” she said Monday, August 12. “We believe it’s a deliberate act,” as there was no “operational or environmental reason for the cord to be damaged.”

They go on to say that to have cut the cable, the perpetrator would have had to have hiked a significant distance, likely on a common path, and scaled one of the gondola’s maintenance poles.

Many people camp in the area surrounding the Sea-to-Sky Gondola and were awoken by the crash. The RCMP are now searching for any witnesses who may have been awake in the early hours before the crash.