Sometime after the video was posted, a viewer called 911 alerting police to the troubling state of Carson. However, despite Carson later being found in roughly the same location he was filmed in, police were never able to find him. 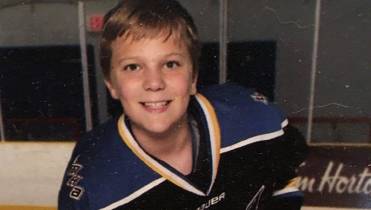 The Independent Investigations Office (IIO) is now investigating B.C. RCMP officers who seem to have failed to find a teen that died of an overdose, despite teenagers finding the boy in critical condition only hours later.

14-year-old Carson Crimeni of Langley, B.C. died on August 7 after an overdose at a B.C. skate park. The overdose was witnessed by many before his death. Rather than do something to prevent the death, the teens involved decided to post his condition to Snapchat while hurling taunts and jests over his apparent intoxication.

“Even just the smallest thought that a call to 911 a couple hours earlier could have changed the whole story is devastating. It really is,” Carson’s father, Aron Crimeni, said at the time. “I just would expect when people see somebody in danger to do something to help them.”

Sometime after the video was posted, a viewer called 911 alerting police to the troubling state of Carson. However, despite Carson later being found in roughly the same location he was filmed in, police were never able to find him.

What makes matters even worse is that Carson was still alive when he was found by a group of concerned teenagers around 10 pm who went out of their way to comb the area, supposedly finding Carson easily enough only hours after police failed.

“As far as how the police could have missed it or what happened there, it’s almost kind of mind-boggling considering most of the Snapchats were coming from the same general area,” Aron said.

“It’s another ‘could have but didn’t happen’ situation. It’s hard to think about right now, to be honest.”

The IIO is now investigating Carson’s case to determine whether the two officers’ action or inaction may have contributed to Carson’s not being found sooner and are asking witnesses to come forward if they happened to see the officers near the crime scene.

The IIO said they are only investigating the case because “police were in proximity of the boy, looking for him,” reports Global News.