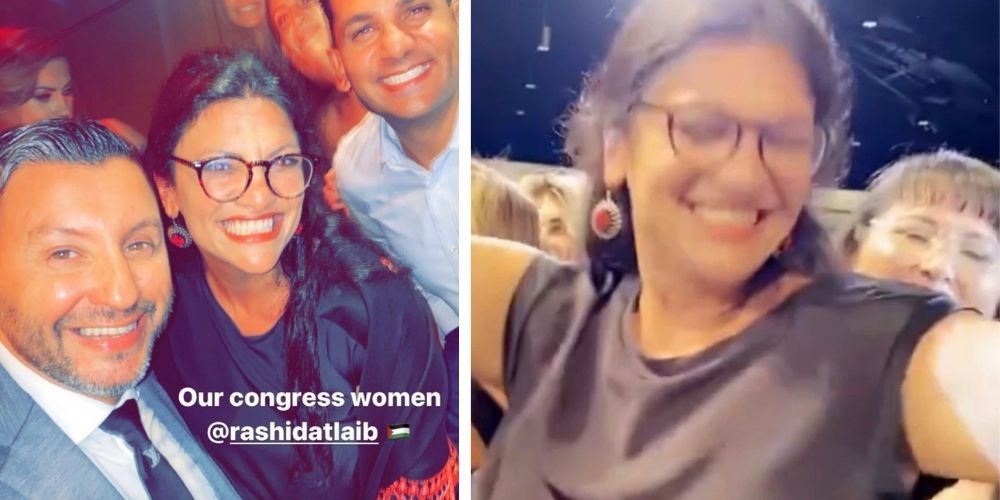 Tlaib's maskless display comes the same day the representative slammed Senator Rand Paul for urging Americans to resist new guidelines coming from the CDC in a newly released video. Paul has been notably vocal in pushing back against the guidelines in recent weeks.

"It's time for us to resist. They can't arrest all of us .. No one should follow the CDC," said Paul in his video released Sunday.

In response, Tlaib said that Paul "is throwing a tantrum as his state is being swallowed whole by this virus, again."

According to CDC data, Wayne County, where Dearborn is located, is rated as an orange zone. Orange zones indicate "substantial" COVID-19 transmission rates, one of two risk designations in which the CDC calls for indoor mask wearing regardless of vaccination status.

Captured in the Instagram story of the Dearborn, Michigan-based band Bassam Saleh that plays weddings, Tlaib is shown maskless, dancing with guests and posing for photos at the large indoor gathering on Sunday, Fox News reports.

The band tagged the location of Sunday's wedding in an Instagram post as the Ford Community & Performing Arts Center, which is located in Dearborn Michigan.

"People are getting sick and dying 98 counties in Kentucky have a high incidence rate of COVID-19. He needs to put politics aside, and put people first. Start resisting the virus," Tlaib continued.