An iPolitics reporter walked off the job after the outlet corrected her story regarding Trudeau’s Deputy Prime Minister Chrystia Freeland and photos that were taken of her holding a red and black banner associated with a far-right Ukrainian Nationalist movement linked to neo-Nazis. 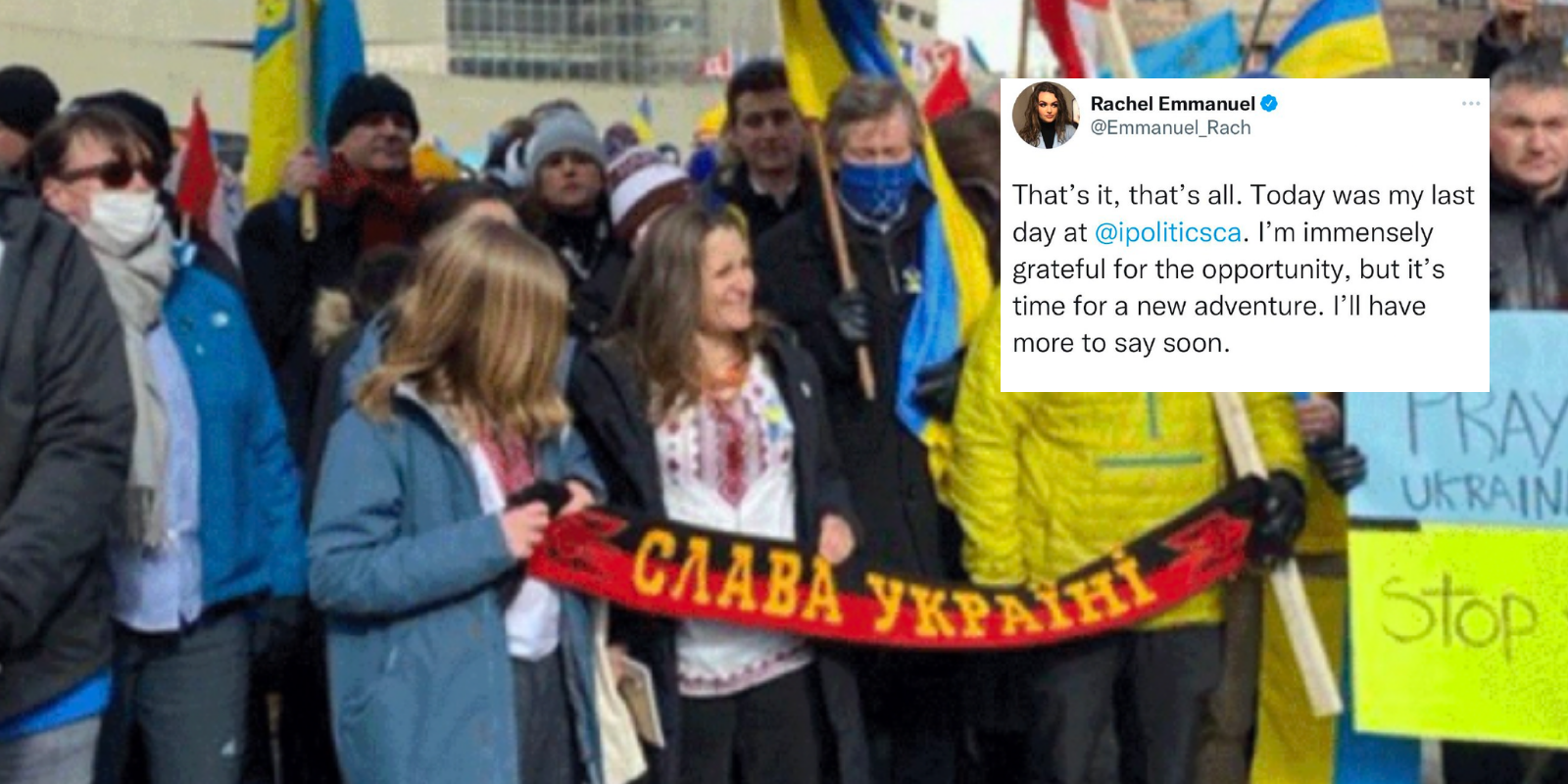 An iPolitics reporter walked off the job after the outlet corrected her story regarding Trudeau’s Deputy Prime Minister Chrystia Freeland and photos that were taken of her holding a red and black banner associated with a far-right Ukrainian Nationalist movement linked to neo-Nazis.

A now-deleted Twitter post from iPolitics originally said that the banner was connected with "far-right Ukrainian nationalists who have links to neo-Nazis."

The article itself was edited to soften the language originally used and to eliminate the use of "neo-Nazis".

CORRECTION: This story has been corrected to state that Freeland was pictured with a scarf, not a banner or a sign. Comments by Jars Balan on the scarf’s political context have also been clarified to better reflect his views.

True North's Candice Malcolm was first to report that Freeland posted, then deleted, the photo of her posing with the banner on her own official social media accounts.

Malcolm later tweeted: "I hear from a source in the loop that Chrystia Freeland's office 'lost their s**t that this is even being reported.'"

The colors are associated with the Bandera movement. Stepan Bandera was a Nationalist Ukrainian politician during World War II and has been accused of war crimes against Jews and Poles. Bandera helped form the Organization of Ukrainian Nationalists (UPA) which media have called "far-right" and "Neo-Nazis."

In fact, many Bandera flags were spotted during the Toronto demonstration that Freeland participated in.

Both Trudeau and Freeland had smeared the freedom protesters who participated in the Freedom Convoy demonstrations as racists and Nazis after a confederate flag and a Nazi flag were spotted in Ottawa.

Following the photo, a number of outlets have attempted to debunk the photo op, questioning whether she really posed with "extremist symbols."

In a National Post article titled: "Did Chrystia Freeland pose with extremist symbols or is it Russian disinformation?" Freeland’s office responded that the criticisms of the photo were "disinformation."

Speaking with Politico’s Ottawa Playbook, Freeland’s press secretary Adrienne Vaupshas said: "A classic KGB disinformation smear is accusing Ukrainians and Ukrainian-Canadians of being far right extremists or fascists or Nazis. Indeed, President Putin’s express goal is the 'denazification' of a country led by a Jewish-Ukrainian president."

The Post Millennial reached out to Emmanuel who said, "I can’t speak to specifics due to confidentiality reasons. The evidence speaks for itself."