A memo from the US Department of State, obtained by the Foundation for Freedom, begins by stating, "With the Internet, only two things are certain: the global appeal of cats videos and the pervasiveness of disinformation." 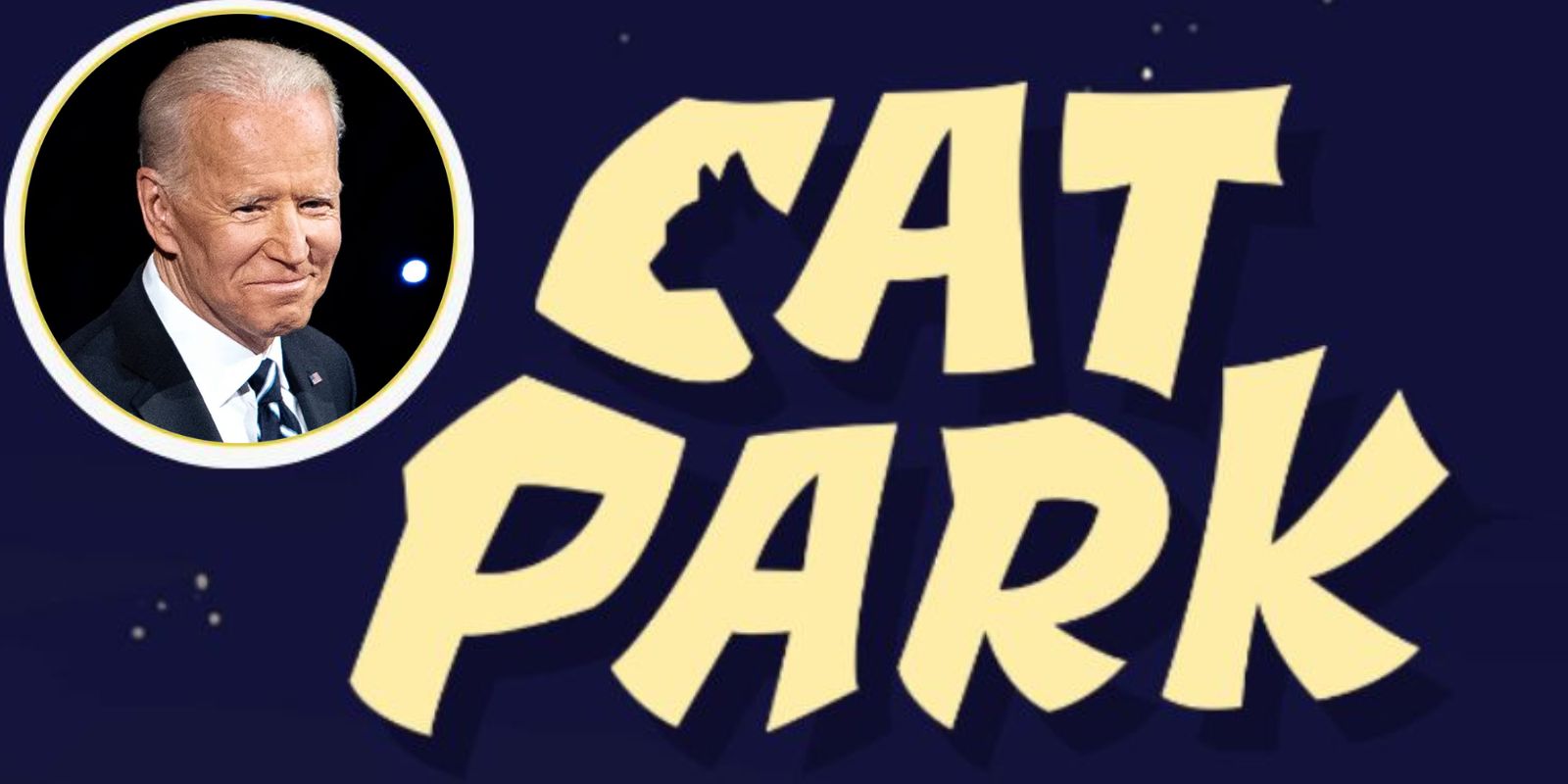 It has been revealed through a recently uncovered official memo that the US government funded a cat-themed "disinformation" video game aimed at teaching players about how social media can be used to sensationalize topics.

A memo from the US Department of State, obtained by the Foundation for Freedom, begins by stating, "With the Internet, only two things are certain: the global appeal of cats videos and the pervasiveness of disinformation."

The October 31 memo titled "Cat Park — A New Online Game to Innocuate Youth Against Disinformation" announced the launch of "a new online counter-disinformation game" called "Cat Park," announced by the Global Engagement Center (GEC) and the US Embassy The Hague.

GEC is under the jurisdiction of the Department of State, falling under the Under Secretary for Public Diplomacy and Public Affairs.

Its core mission is "To direct, lead, synchronize, integrate, and coordinate efforts of the Federal Government to recognize, understand, expose, and counter foreign state and non-state propaganda and disinformation efforts aimed at undermining or influencing the policies, security, or stability of the United States, its allies, and partner nations."

"Cat Park builds on the success of the first game funded by GEC, Harmony Square. Cat Park inoculates players against real world disinformation by showing how sensational headlines, memes, and manipulated media can be used to advance conspiracy theories and incite real-world violence," the memo adds.

Harmony Square, as the memo states, is a game in which players "take on the role of Chief Disinformation Officer, abusing social media to spread disinformation, using trolling, emotional language, rage amplification, conspiracy theories, and polarization to magnify inter-group differences."

The game, available in English, Dutch, French, and Russian as of the memo date, "helps players discern between reliable and unreliable information."

"Posts are encouraged to promote this free game for adoption in local schools, to publicize this game online using the linked digital campaign toolkit, and to organize special rollout events," an action request states.

The game is intended for players 15 years and older.

"In this game’s noir cityscape, players take on the role of a disinformation agent recruited into a shadowy social media pressure campaign. Players train with a group of eccentric activists with different media manipulation skill-sets — creating sensational headlines, memes, or synthetic media — but with a common cause: to bring down an outrageous public works project, a park for cats," the memo states.

"After players destroy the fictional public space, Cat Park asks them to scoop out the litter," the memo continues.

In the opening of the game, players are given a quick run-through describing key action elements that will frequently be used. When first opening Friendly, a social media app, for the first time, players see some rumblings about a cat park being built in the city.

You receive a message that instructs you to meet an anonymous person described only as "a friend" at a local cafe.

At the cafe, you meet Melanie, who was seen posting about the cat park on Friendly. "This city is going crazy," she tells the player, referencing the cat park.

"I’m part of a small group of SANE people fighting against the park, we need to get more support," she states.

If you express through the game’s options that you aren’t on board with spreading misinformation, the game informs the player that "this is all just a simulation. There will be no real life consequences to what you do in the game." 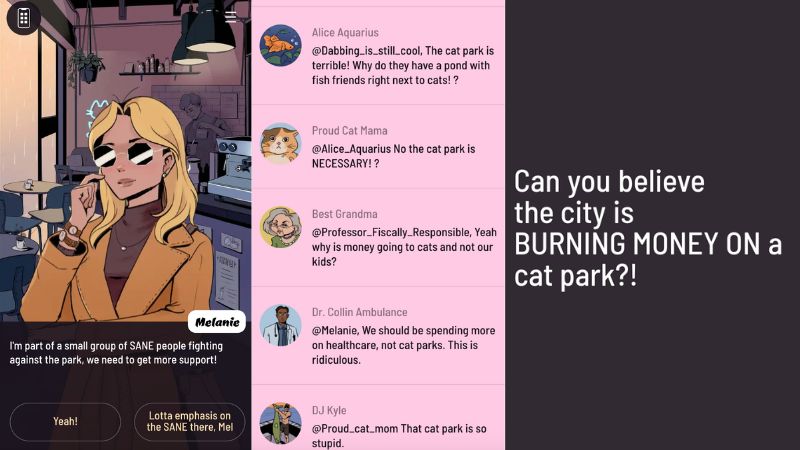 Melanie teaches you about "hot headlines," an app where you can create eye-catching headlines to be spread on social media.

If the headline isn’t sensational enough, you get asked to try again. One of these "approved" headlines is: "Breaking News: Outrageous! City prioritizes elitist pets over our kids."

"Fantastic you really messed with people’s emotions," the game states, with the headline receiving traction on social media. Players are rewarded for good content, with a high score being displayed at the end of the game.

After speaking with Melanie, you move on to talking with a character named "Madison," who is located in a truck outside of town.

She instructs you on how to use the meme app on your phone to "turn this cat park campaign into a movement."

The game states that memes are the "secret weapon," and that the topic of the cat park is "perfect material for a meme war." 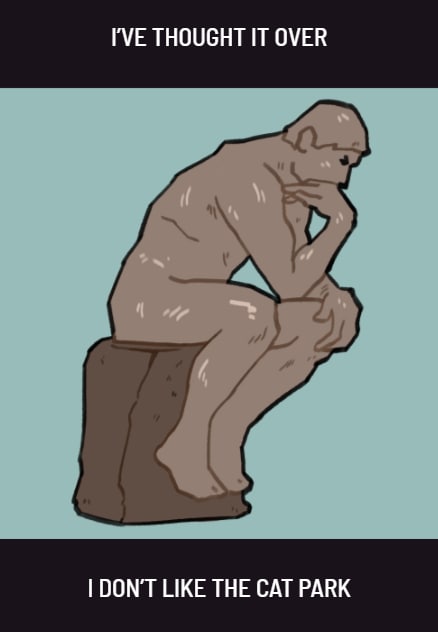 After posting the selected meme, more Friendly traffic is devoted to questioning the cat park.

The player then moves on to speaking with "Marvin," a character concerned about being found out, who instructs you on how to use an "image manipulator app" to "create an image that backs up your story."

"There’s something fishy about this cat park. It’s obvious the mayor is involved in an ultra-secret cat-worshipping cult," Marvin states.

When the player asks if this is true, Marvin states, "how do we know the mayor isn’t? We’re just asking questions. People will do their own research, with a little help from us."

"To wake up the sheep we need to create photographic evidence," he states.

When opening this app for the first time, it instructs you to change three things about an existing image, with Marvin stating, "make it look like the mayor is being bribed. Change all the symbols into cultist symbols!"

Initially, the photo shows the mayor character shaking hands with another person, with recycling symbols in the background and a badge displaying the icon on her lapel.

It is changed to make it appear that the mayor is receiving money surrounded by cat-worshiping images.

Speaking with another character, "Magnus," at the cat park, he calls on you to cause outrage and call the people to "arms" through a carefully planned social media campaign, using memes, headlines, and yet another altered photo.

"Make it look like the mayor is alone worshipping a cat statue," Marvin states, providing you with a photo of the mayor at a children’s birthday party. 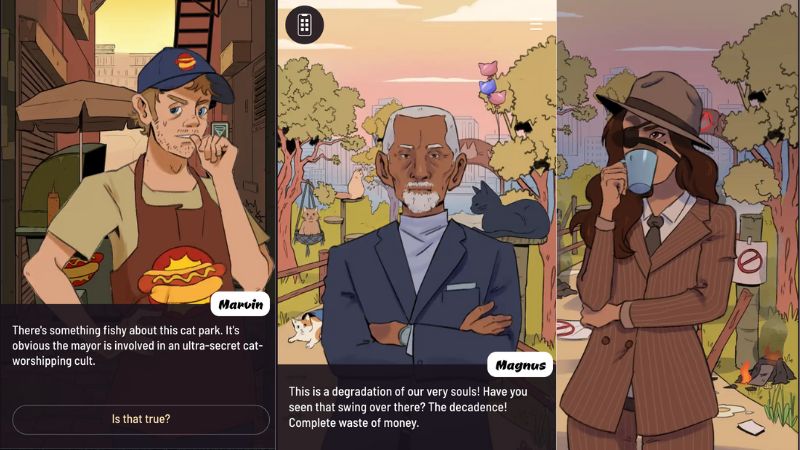 It is later revealed by a private eye character named "Carmen" that Magnus has ulterior motives in setting the anti-cat park movement into motion. He is a "billionaire with evil plans," hoping to buy the cat park property after all the outrage forces the city to cancel the project.

While speaking with the character, you receive a message from Magnus, which states, "good work, friend. Sorry I couldn’t tell you my real name. It had to be this way. The city is better off with me in charge of that land. Let me know if you want more work."

Going to the cat park, you see fires and destruction in the background. Anti-cat park signs are littered on the ground, and the cat park sign marking the park has been defaced.

"You’ve been manipulated, kid," Carmen states. She instructs you to use the same social media tools used earlier to cause mayhem to undo the actions that have been done.

"Well we didn’t undo all the damage. But getting the truth out there did do something," she says in the game’s conclusion. "You can’t win them all. Forget it kid, it’s the internet."

At the end screen of the game, where the player is informed of their score, it states, "if you want to know more about the concept behind the game and how to protect yourself from online manipulation check out our friends at: Inoculation Science."

"Cat Park is based on 'inoculation theory' research, pioneered by the University of Cambridge’s Social Decision-Making Lab," the Department of State memo reads.