"The people that the Biden administration thinks are the real threat to America, it's not the drug cartels, it's not foreign threats. It's you, it's the American people," said Hawley. 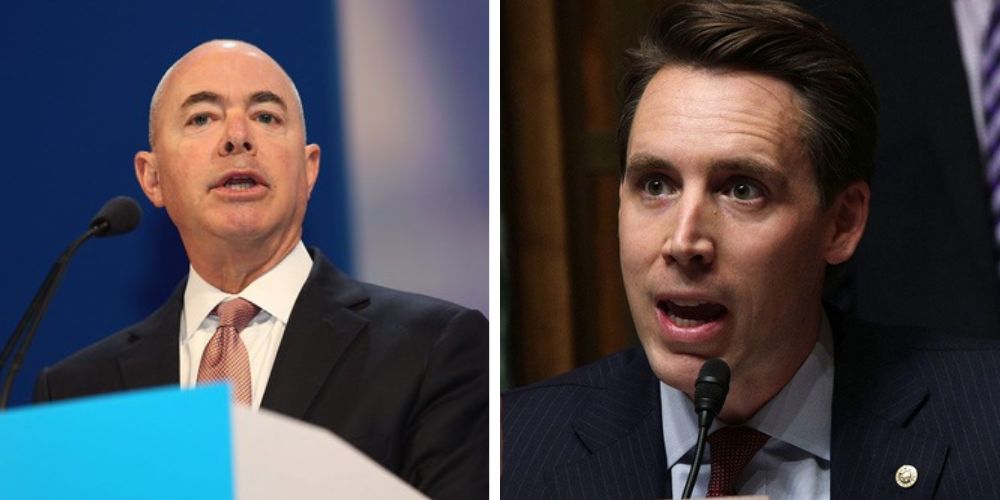 Much of the conversation that emerged from DHS about the purpose of the Board was about dispelling disinformation overseas to prevent unlawful immigration. These documents dispel the notion that this was the Board's primary focus.

The documents include a number of communications from DHS Under Secretary of the Office of Strategy, Policy, and Plans Robert Silver, and Senior Counselor for National Security for the Office of the Secretary Samantha Vinograd, including documents relating to the structure of the board and the board’s charter.

These documents reveal that the department had planned for the creation of this board as early as September of last year, with a letter to DHS Secretary Alejandro Mayorkas, dated September 13, 2021, discussing proposed structures of the board.

In this letter, the list of potential disinformation that poses "serious homeland security risks" includes "conspiracy theories" regarding the validity of elections, "disinformation" regarding the origins of COVID-19 as well as disinformation regarding the vaccine for the effectiveness of masks, and domestic violence extremist groups, with the letter pointing specifically at those who questioned the 2020 election results and those involved in the events of January 6, 2021.

The letter states that "the Department must ensure its counter-disinformation efforts do not have the effect of chilling or suppressing free speech and free association or of infringing on individuals’ privacy or other First Amendment protected activity."

In another leaked document, notes are included for a scheduled meeting between Silvers and Twitter executives Nick Pickles, Head of Policy, and Tool Roth, head of Site Integrity.

The "key objective" of this meeting, as explained in the notes, states that "this meeting is an opportunity to discuss operationalizing public-private partnerships between DHS and Twitter, as well as inform Twitter executives about DHS work on MDM [misinformation, disinformation, and malformation], including the creation of the Disinformation Governance Board and its analytical exchange, and the Department’s ongoing DVE [domestic violence extremism] work."

The notes for the meeting, which was scheduled to take place on April 28, though it is unclear whether the meeting occurred, also proposed that Silvers push Twitter to "become involved in DisinformationGovernance Board Analytic Exchanges on Domestic Violent Extremism and Irregular Migration."

On May 4, Mayorkas had testified that the board had yet to begin its work, with him stating just days prior that the board would be focused on disinformation "from foreign state adversaries [and] the cartels" and would not be targeting American citizens.

In a letter sent to Mayorkas back in April, Hawley questioned why the board had been announced around the time that Tesla and SpaceX CEO Elon Musk announced that he would be purchasing Twitter, to which Mayorkas said, "the timing of the announcement was not related to any such external events. The board’s Charter was signed in February 2022."

It should be noted that the Charter, signed by Mayorkas on February 24, states that it will "go into effect when signed by the Secretary of Homeland Security."

In the White House, then-outgoing Press Secretary Jen Psaki assured reporters that the board would be focused  on issues relating to "human traffickers and other transnational criminal organizations."

In a letter sent to Mayorkas following the release of the whistleblower documents, Grassley and Hawley said that "contrary to your May 4, 2022, testimony before the Senate Committee on Homeland Security and Governmental Affairs, the DGB was established to serve as mush more than a simple 'working group' to 'develop guidelines, standards, [and] guardrails' for protecting civil rights and civil liberties."

"The First Amendment of the Constitution was designed precisely so that the government could not censor opposing viewpoints – even if those viewpoints were false. DHS should not in any way seek to enlist the private sector to curb or silence opposing viewpoints," the senators wrote.

"It is therefore imperative for DHS to provide additional clarity regarding its policies and procedures for identifying and addressing 'MDM,' as well as its efforts to 'operationalize' public-private partnerships and the steps it is taking to ensure that it does not infringe on the constitutional rights of American citizens," they continued.

Included in the letter are a number of questions for Mayorkas, including, whether the DHS had requested that social media platforms "censor, flag, add context to, or remove any social media posts that it believes to be disinformation," and requested any and all documents regarding the board from the first discussions of its creation until today.

Speaking with Tucker Carlson last night, Hawley said, "As it turns out, Tucker, the people that the Biden administration thinks are the real threat to America, it's not the drug cartels, it's not foreign threats. It's you, it's the American people."