REVEALED: The Democrats' 'expert' in Senate hearing on 'misinformation' is a prolific conspiracy theorist 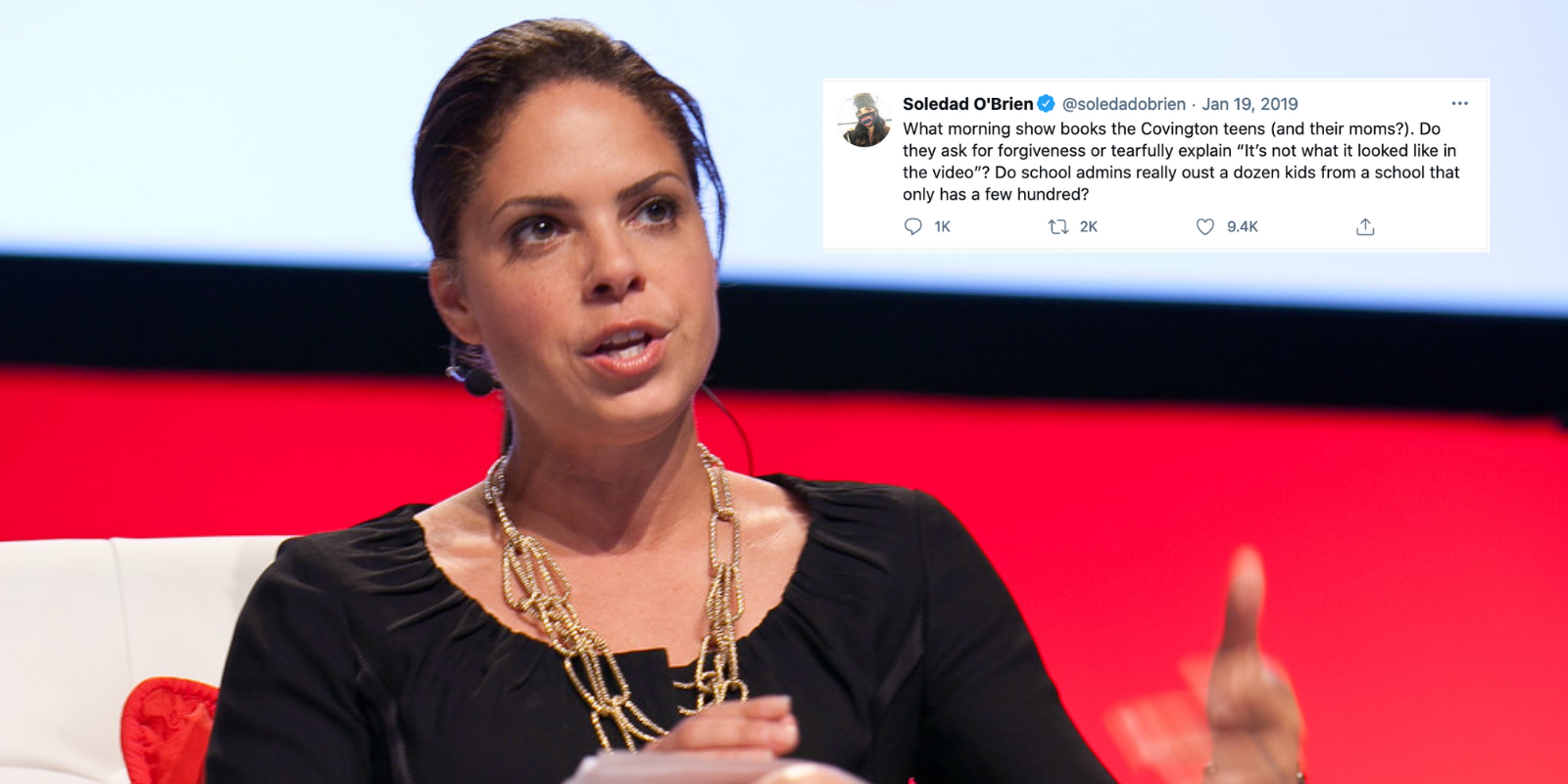 Soledad O'Brien is the Democrat's expert on misinformation who will be testifying at the House hearing on Wednesday on "Fanning the Flames: Disinformation and Extremism in the Media." O'Brien has perpetuated and spread misinformation herself over the years.

Speaking at the House hearing on Wednesday, she said "I do not believe lies deserve equal time," after tweeting out several lies since 2019.

In 2019, O'Brien perpetuated the Jussie Smollett hoax, in which Smollett claimed to be the victim of a racial attack and was then found to have staged the incident.

She peddled the Russia collusion hoax, slamming Rep. Tulsi Gabbard for saying that there was no collusion. O'Brien said "Girl, this is a lie. And all the Republicans enthusiastically supporting your candidacy should be a clue to people watching."

O'Brien additionally shared the rumors that the kids from Covington Catholic School should be blamed for racial confrontations. Nick Sandmann, who was the teen boy whose "punchable face" circulated online, won lawsuits against several media companies that spread defamation, just as O'Brien did.

In the summer of 2020, O'Brien claimed that Jacob Blake, who was shot and injured by police in Kenosha, Wisconsin, was not armed. Blake later said that he was armed.

O'Brien also perpetuated the story that Naval cadets who were playing "the circle game" were sharing racist symbols. She shared her take after the cadets were exonerated.

The full testimony she will be presenting at today's Senate hearing is available here. Part of recommendations are:

"Recognize that objectivity means having an open mind, not a lack of judgment. If you don’t call a lie a lie or racism, racism, you empower the liar or the racist.

"Reject the majority rule mentality in journalism. Just because a lot of people believe something doesn’t make it real, true or reasonable.

"We in TV news need to get better because things are getting worse, as the events of January 6 have foreshadowed. The American public has been fed lies, enabled by too many in the media and elevated by some of the very reporters who are supposed to support a facts based environment."