"What is happening in Palestine is not complicated; it's settler colonialism and ethnic cleansing," Pichard wrote. 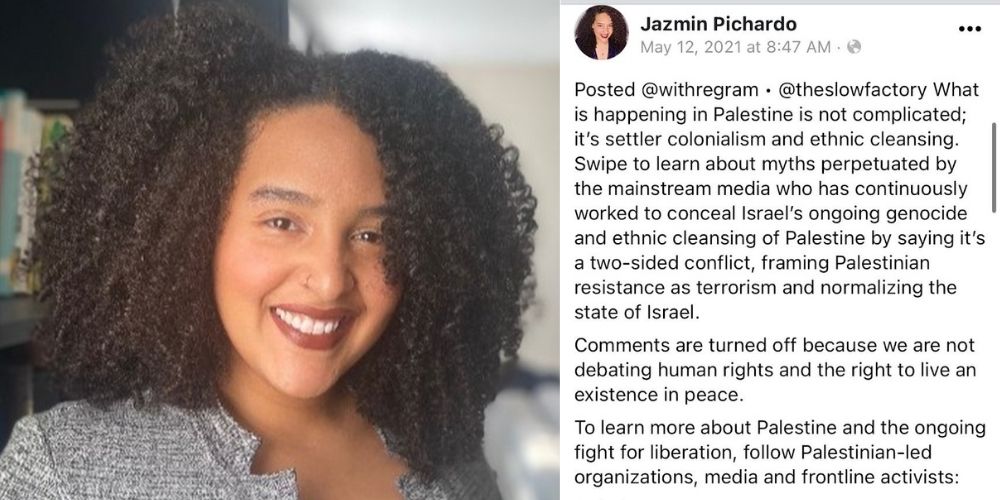 The woman tasked with leading the University of Maryland's antisemitic task force and who is a diversity officer at the research university has been revealed to have made posts on social media slamming Israel.

According to the Washington Free Beacon, the assistant director of Diversity Training and Education for the university's Office of Diversity and Inclusion Jazmin Pichardo shared a series of anti-Israel posts in May of 2021, while Israel was in the midst of a conflict with Palestinian forces in the region.

"Two Jewish alumni who are part of the school's Jewish Identity Programming Advisory Committee confronted Pichardo over the posts after she was put at the helm of the committee, which is tasked with fighting anti-Jewish bias on campus," the Free Beacon reported.

In the May 12, 2021 post, Pichardo wrote that the May 2021 conflict is "settler colonialism and ethnic cleansing."

"What is happening in Palestine is not complicated; it's settler colonialism and ethnic cleansing," Pichardo wrote.

Pichardo told her followers to "swipe to learn about myths perpetuated by the mainstream media who has continuously worked to conceal Israel's ongoing genocide and ethnic cleansing of Palestine by saying it's a two-sided conflict, dreaming Palestinian resistance as terrorism and normalizing the state of Israel."

She said that comments were turned off on the post because "we are not debating human rights and the right to live an existence of peace."

The Free Beacon reported that the post drew scrutiny in January after Pichardo took over leadership of the university's Jewish Identity Programming Advisory Committee.

"The group, formed in October 2020, hosts workshops to address bias toward Jews as well as discussions on Jewish history and identity," the Free Beacon reported.

Following her appointment, two of these alumni reached out to Pichardo to discuss her posts. One 2019 graduate reportedly asked Pichardo to do "damage control" by posting information about the reality of the Israeli-Palestinian conflict, including high favorability of Israeli police among Palestinians.

That alum said she felt that Pichardo "disregarded" her request, so the Jewish alumni subsequently decided to leave the Jewish Identity Programming Advisory Committee. "I emailed her with some articles that show facts, and she was like, no," said the alum, adding that "anti-Zionism … is undoubtedly anti-Semitism, because you are denying the Jewish people a right to self determination."

The alumni, who spoke to the Free Beacon on the condition of anonymity, said they didn't want Pichardo to be fired, but rather wanted to hold a conversation about Zionism and its importance to the survival of the Jewish people.

"I don't believe in cancel culture," the second alum told the Free Beacon. "I really think there are a lot of people who are unfortunately really confused about the Israeli-Palestinian conflict, and they say these things that are anti-Semitic tropes, that are thousands of years old and repackaged over time. I just really wanna say, 'Hey, can we talk about this?'"

Pichardo joined the University of Maryland in 2019. She is the co-founder of the Racial Equity Consulting Collective, a group of teachers and mentors "with the vision to share our networks and provide financial opportunities to BIPOC, especially Black femme anti-racist educational leaders, creatives, and activist[s]."