Riots break out in Portland for the 38th consecutive day

Law enforcement in Portland, Oregon declared a riot around 11 p.m. Saturday night, marking it as the 38th consecutive day of protests and riots following the death of George Floyd. 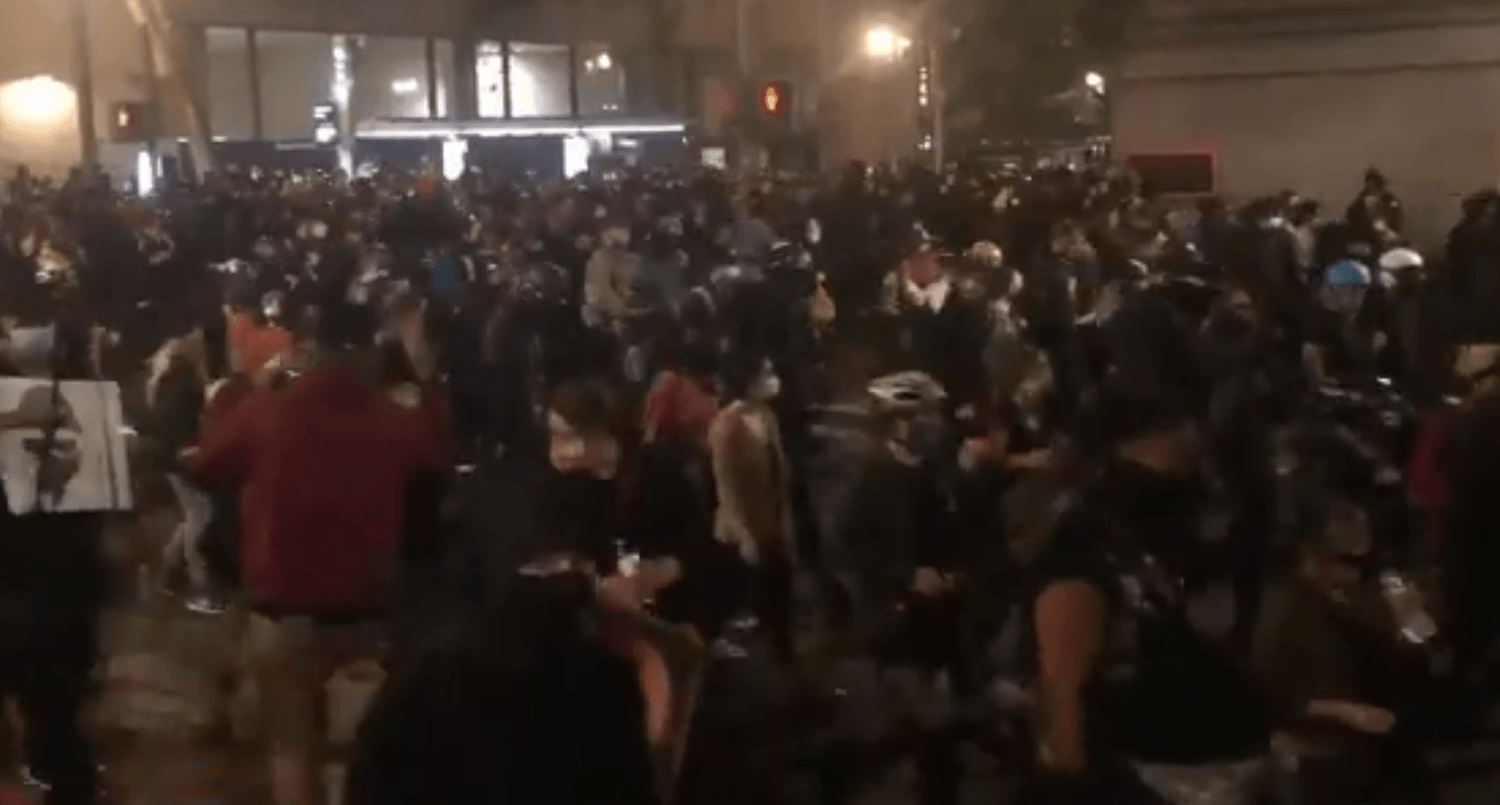 Law enforcement in Portland, Oregon declared a riot around 11 p.m. Saturday night, marking it as the 38th consecutive day of protests and riots following the death of George Floyd.

Portland Police tweeted: "A riot has been declared in the area of the Federal Courthouse and Justice Center. You must leave the area now by moving to the west. Tear gas and other crowd control munitions may be deployed. Leave the area now."

Around two hours later, a large crowd of people could be seen marching near the Multnomah County Justice Center, where protesters and rioters have gathered a number of times previously, according to Fox News.

Andy Ngo tweeted: "There are thousands of them at the antifa riot in downtown. They’ve regrouped nearby the Portland federal courthouse again."

He added: "Rioting in downtown Portland by antifa continues. Federal police used CS gas to clear the violent militants from further attacking the courthouse. Now Portland Police are dispersing them further out as they continue to break business windows and riot."

Rioters had been ordered to disperse from the area as police moved in to break up the crowd, according to the Oregon Live.

Describing the scene, Ngo stated that a fire has been started, and that the rioters were burning American flags while shouting slogans related to Black Lives Matter.

He tweeted: "This has been going on for more than a month now. Violence and vandalism detract from the importance of the larger movement for justice. Groups continue to target the Justice Center, threatening the safety of hundreds of inmates and employees inside."

"They continue to hurt small businesses owned by people of color, instill fear in communities of color, and start fires in buildings with people inside, in one specific case, even bolting emergency doors so that they could not escape," added Wheeler.

Unrest in Portland and other major cities across the country was sparked on May 25th, when Floyd died in police custody.