Rooney’s characters tend to be left-leaning. In her book Normal People, the main characters attend an anti-Israel rally during the conflict in Gaza in 2014. 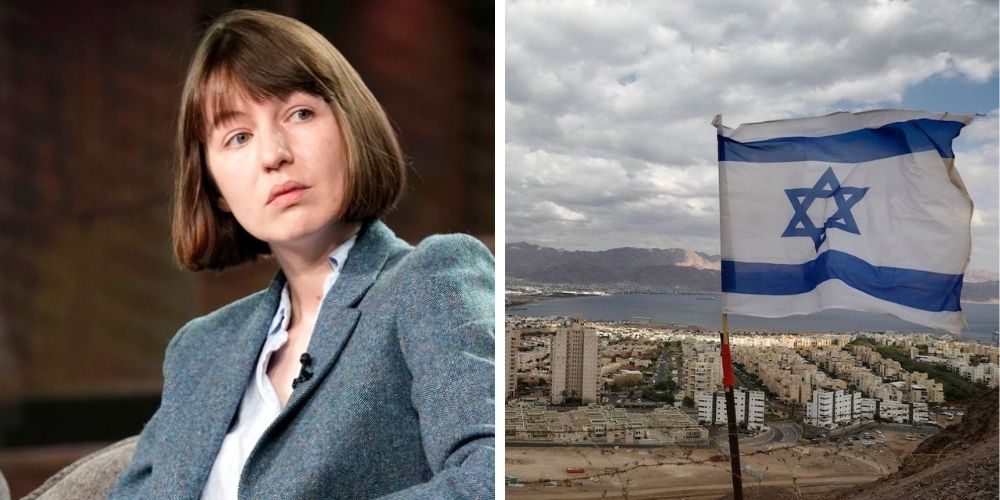 Beautiful World, Where Are You? Sally Rooney’s newest novel about the romance and life of intellectual, urbane millennials, will not be being published in Hebrew because of her support for cultural boycotts of Israel, according to her agent Tracy Bohan of the Wylie Agency.

According to Haaretz, Modan Publishing House, the Hebrew-language publisher of her first two books, confirmed that Rooney will not allow the new book to be published by Israeli press because of her support for boycotts against the country.

The author has openly opposed the Jewish state. In July, after the recent conflict between Israel and Gaza, she was one of thousands of authors that signed a letter falsely accusing Israel of apartheid and calling for the country to be "internationally isolated."

The letter called for "...an end to the support provided by global powers to Israel and its military," and for governments to "...cut trade, economic, and cultural relations."

Rooney’s characters tend to be left-leaning. In her book Normal People, the main characters attend an anti-Israel rally during the conflict in Gaza in 2014.

The Palestinian Campaign for the Academic and Cultural Boycott of Israel, an openly anti-Semitic organization, claimed that Palestinians supported her decision to boycott printing in Hebrew, said in a tweet: "Palestinians warmly welcome acclaimed Irish author Sally Rooney’s decision to refuse a deal with Modan Publishing House, an Israeli publisher complicit in Israel’s regime of apartheid, occupation & settler-colonialism that killed more than 240 Palestinians in May this year alone."

According to the ADL, the Boycott, Divest, Sanction movement (BDS) openly opposes Israel’s existence and is largely motivated by anti-Semitism.  Rooney cited a report by the Human Rights Watch which accused Israel of apartheid, saying that her decision was in support of the pro-Palestinian boycott.

Rooney later issued a statement responding to the backlash of her decision and said that she would be happy to publish it in Hebrew as long as it was with a publisher that comply with the boycott’s guidelines. "The Hebrew-language translation rights to my new novel are still available, and if I can find a way to sell these rights that is compliant with the BDS movement's institutional boycott guidelines, I will be very pleased and proud to do so."

Nachman Shai, Israel’s Diaspora Minister, said, "The cultural boycott of Israel, anti-Semitism in a new guise, is a certificate of poor conduct for her and others who behave like her."