Canadian health officials are warning the public after 63 people across six provinces have been affected by a salmonella. 18 people have been hospitalized and two deaths are reported, though it has not been determined if salmonella was a factor. 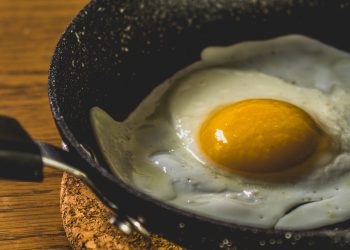 Canadian health officials are warning the public after 63 people across six provinces have been affected by salmonella. 18 people have been hospitalized and two deaths are reported, though it has not been determined if salmonella was a factor.

The Public Health Agency says that as of April 5, 23 of the laboratory-confirmed cases have been in BC.

British Columbia has been dealing with a series of measles cases with the latest two confirmed over the weekend, according to CBC. So this is one more thing for the province to worry about.

Additionally, 10 people were infected with Salmonella in Alberta, Manitoba and Ontario.

Eight were infected in Saskatchewan and so far there have been two cases in Quebec.

More illnesses may be reported due to a time period between when a person becomes ill and when the illness is reported. The government says that the reporting period is between four and five weeks for this illness.

Symptoms of infection typically begin anywhere from 6 to 72 hours after exposure to Salmonella bacteria. They include fever, chills, diarrhea, abdominal cramps, vomiting, headache and nausea.

So far, the source of the outbreak has not been identified.