"Until we see demonstrable change, everything is on the table, including civil disobedience," Karraker said of refusing to pay taxes. "We cannot continue with more of the same." 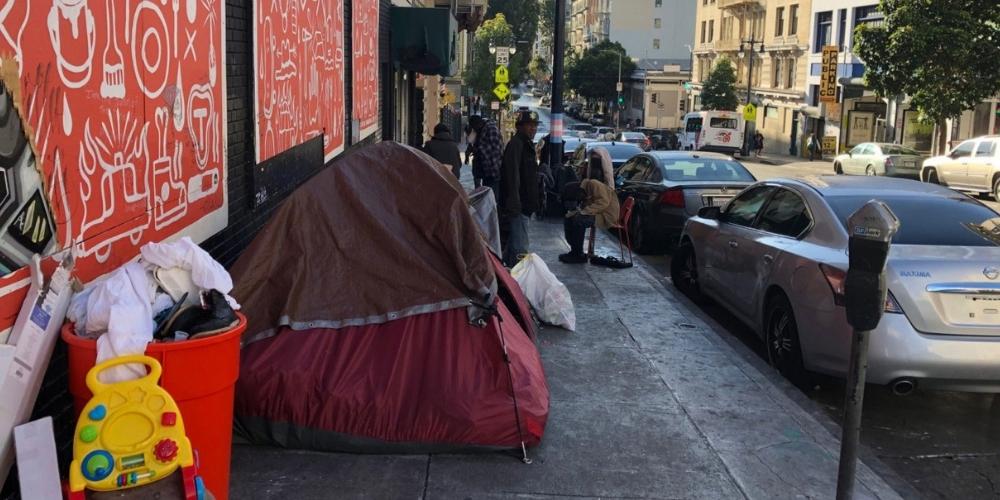 Small business owners of San Francisco are demanding the city solve the growing mental health, crime, and drug problems exacerbated by the high rate of homelessness in the area, threatening to stop paying taxes if the issues continue.

The Castro Merchants Association, named after the city's Castro District, sent a letter to San Francisco city officials saying group members who own businesses in the area plan to stop paying taxes if the city doesn't do more to address the problems, reported KTVU.

"Our community is struggling to recover from lost business revenue, from burglaries and never-ending vandalism/graffiti (often committed by unhoused persons) and we implore you to take action," stated the letter.

The association requested that the city reserve 35 beds in homeless shelters for people in the Castro district, in addition to devising a plan for offering services to people who decline help and keeping monthly records of how many people have been offered services and shelter.

"Sometimes they do get violent," said Deen Nasher, manager of Castro Smoke Shop. "The city does need to take care of these people, find a place for them to stay and help businesses. When we call, [the police] come 30-40 minutes later."

Dave Karraker, the other co-president of the association, said that if the association’s demands are not met, they may ask store owners to stop paying taxes and other city fees.

"If the city can't provide the basic services for them to become a successful business, then what are we paying for?" Karraker told the San Francisco Chronicle. "You can't have a vibrant, successful business corridor when you have people passed out high on drugs, littering your sidewalk. These people need to get help."

San Francisco’s Department of Public Health (DPH) responded to the group, acknowledging the association's concerns and citing state policies that make their demands difficult to meet.

"Clinical teams are trained in assessing individuals for involuntary holds. However, California state law sets a very high threshold for these holds, and often that threshold is not met, even when it looks to the public like an individual needs help," read the DPH statement.

San Francisco businesses have seen a large increase in burglaries and vandalism since 2019, prompting The Castro Merchants Association to begin documenting incidents. The association noted over 90 incidents totaling more than $170,000 in repair costs since 2020.

"Until we see demonstrable change, everything is on the table, including civil disobedience," Karraker said of refusing to pay taxes. "We cannot continue with more of the same."