"We can’t be a place where anything goes on the street. San Francisco is a compassionate city, but our compassion cannot be mistaken for weakness or indifference." 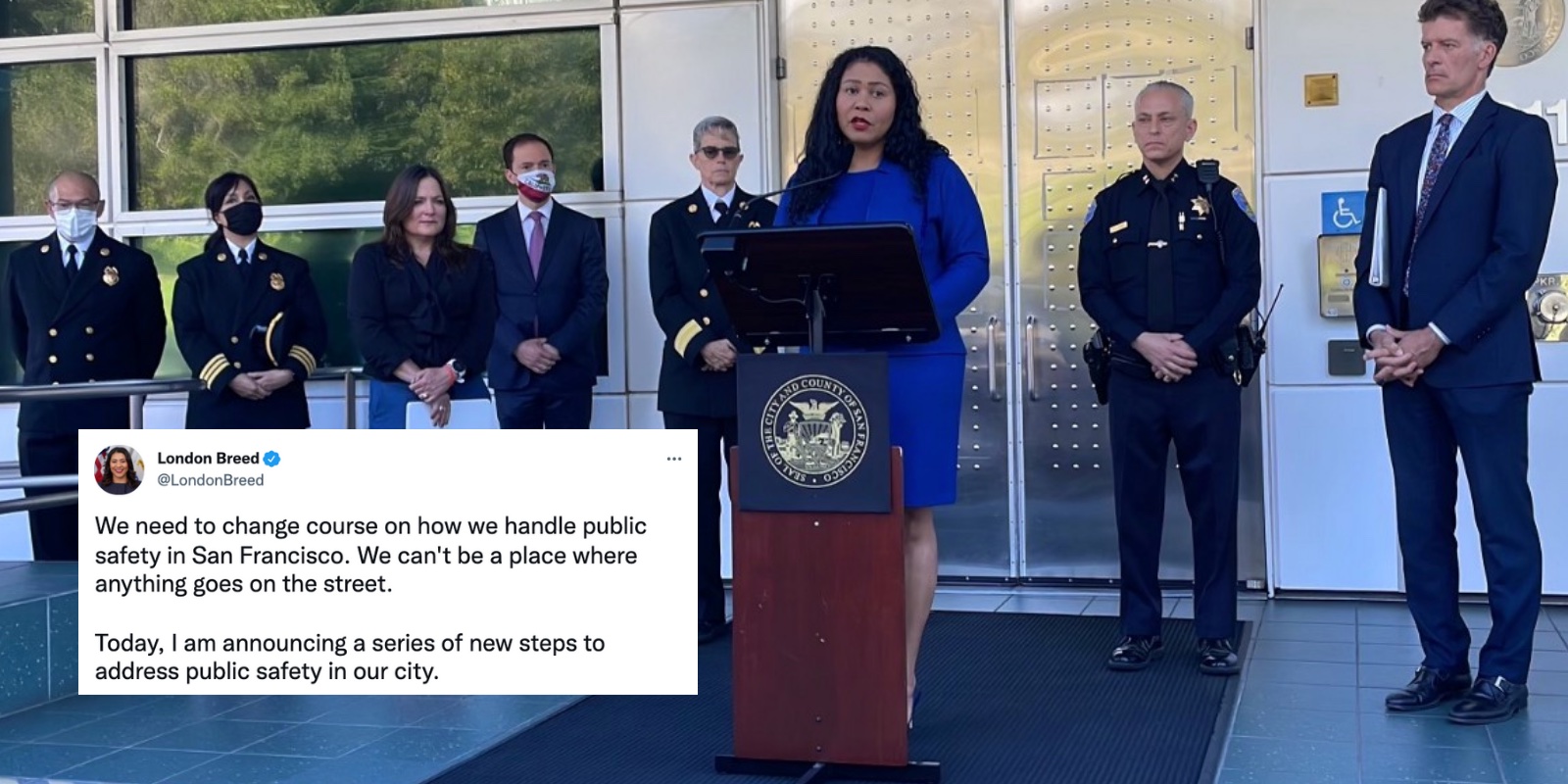 San Francisco Mayor London Breed announced on Tuesday that she would no longer allow her city to fall into ruin simply for the sake of the supposedly compassionate policies that governed the city into its decline.

"We need to change course on how we handle public safety in San Francisco," she wrote. "I’m proud that this city believes in giving people second chances. Nevertheless, we also need there to be accountability when someone does break the law.

"We can’t be a place where anything goes on the street. San Francisco is a compassionate city, but our compassion cannot be mistaken for weakness or indifference."

San Francisco has been the site of smash-and-grab robberies and organized shoplifting rings. Crime has increased and the downtown areas have been steadily eroding. Michael Shellenberger, author of San Fransicko: Why Progressives Ruin Cities, praised Breed's new direction for the city.

Breed announced new measures that are intended to make San Francisco less awful and crime-ridden. These include:

She said that she was concerned about what was going on in the Tenderloin, as well, and that she'd met with families who told her about brazen mid-day shootings at a park where children play, street assaults, and the "fear" that residents are living with.

"We need to take back our Tenderloin," she said. And to that end, she intends for the city to "focus on the following priorities":

Breed writes in praise of San Francisco officers and their work, saying "Our Police Department and Sheriff’s Office have teamed up to do felony warrant sweeps, which included the arrests of 23 individuals with outstanding arrest warrants. I appreciate the hard work that our Police officers and Sheriff deputies are putting in, as are all our frontline workers."

But Breed went a step further and also said that the prosecutor's office, under District Attorney Chesa Boudin, must do their job, as well, and not simply release offenders once the police have done their job of getting them off the streets.

"Now, it’s critical that our entire criminal justice system holds these individuals accountable when arrests are made," she said. "We need everyone to get on board, not just cops and frontline workers, but prosecutors and the courts as well. Our residents should not see the same criminals back on the streets of the Tenderloin again and again, in an endless cycle of fear and frustration."

Boudin, who tweeted on June 5, 2020, that "In less than 24 hours my office has received over 1,000 emails demanding that San Francisco defund the police department," is also "outraged" by the smash-and-grab robberies at San Fransisco's tony retail palaces.

He shared a lengthy Vox article, advocating "How cities can tackle violent crime and defund the police" during the summer of civil unrest in 2020. Now he claims that he is invested in working with police to dispel the organized criminals from being able to continue to rob shops like Nordstroms.

"These crimes are happening around the Bay and across the country. I stand in partnership with our local, regional, state, and federal partners as we work together to do whatever it takes to keep you safe," Boudin said.

When Boudin ran for DA in 2019, he said that crime was the result of things like poverty and wealth inequality, as well as not enough spending on social programs. "He called prostitution, open drug use and drug dealing 'victimless crimes' and promised not to prosecute them," the Wall Street Journal reports.

"The result, the Journal writes, "has been an increase in crime so sharp that San Francisco’s liberal residents are now paying for private security guards, taking self-defense classes, and supporting a recall..."

Boudin faces a recall election slated for June 22 due to the perception that he is soft on crime. He ended cash bail for all criminal cases upon taking office, a policy that was touted as the most progressive in the nation.

Breed redirected police funds to other social initiatives in the February 2021 budget, after having promised to pull $120 from police funds in June 2020, in the wake of George Floyd's death by police in Minneapolis, Minn.

"With this budget," she said at the time, "we are listening to the community and prioritizing investments in the African American community around housing, mental health and wellness, workforce development, economic justice, education, advocacy and accountability," said Mayor Breed.