In hopes to deter shoplifters, a San Francisco Safeway has set up barriers at the entrance to their store. 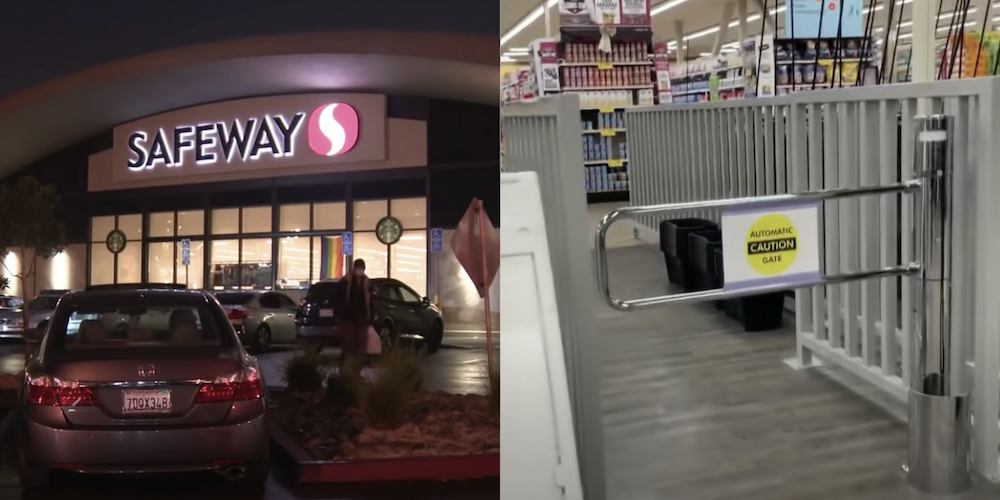 In hopes to deter shoplifters, a San Francisco Safeway has set up barriers at the entrance to their store.

Shoplifting is on the rise in California's major cities, and without much assistance from the government, businesses are taking it into their own hands to protect their assets.

As KPIX5 reports, after reducing their hours in October, a Safeway location in San Francisco's Castro neighborhood has placed more security guards outside, and added poles to their shopping carts to prevent people from taking them out of the store.

Security gates have also recently been installed at the front of the store, and automatically close after each customer passes through.

"Like other local businesses, we are working on ways to curtail escalating theft to ensure the wellbeing of our employees and to foster a welcoming environment for our customers," Safeway told KPIX5. "Their safety remains our top priority. These long-planned security improvements were implemented with those goals in mind."

Customers have taken notice of the increased security measures, and applauded the store's effort to curb shoplifting.

As the Wall Street Journal reports, since theft under $950 has been essentially decriminalized, San Francisco has become a "shoplifter's paradise," with major national retailers shutting down locations across the city.