"The current cut of 2 million barrels per day by OPEC+ continues until the end of 2023 and, if there is need to take further measures by reducing production to balance supply and demand, we always remain ready to intervene," the energy minister said. 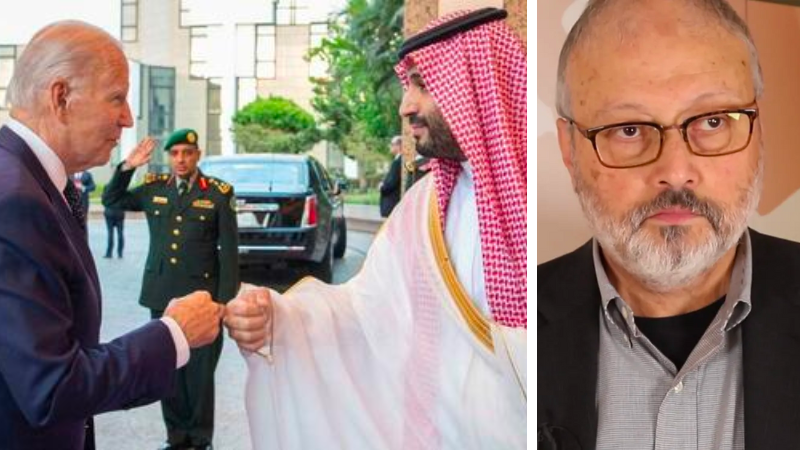 Libby Emmons Brooklyn NY
Nov 22, 2022 minute read
ADVERTISEMENT
ADVERTISEMENT
A report issued by the Wall Street Journal, stating that Saudi Arabia is considering a boost in their oil production after the Biden administration came out in support of newly appointed Prime Minister Crown Prince Mohammed bin Salman's immunity against culpability in the murder of journalist Jamal Kashoggi, has been refuted by the Saudis.

Saudi Arabia, which in the lead-up to the US midterm elections refused to comply with the Biden administration's ask for an increase in their oil supply, instead declaring OPEC's intention to cut production, said again that cuts, and not increases, were on the table. The cost of oil rose on Tuesday, in response to this news.

Biden's ask for more oil was widely seen as an effort to boost his Democrat Party during those US congressional elections.

"It is well-known that OPEC+ does not discuss any decisions ahead of the meeting," Saudi Arabian Energy Minister, Prince Abdulaziz bin Salman said, according to Middle East Monitor.

The Wall Street Journal's report, claiming that an increase of 500,000 barrels could be in the offing at December 4 OPEC meeting, cited anonymous sources with OPEC. That meeting is scheduled for one day before Europe intends to "impose an embargo on Russian oil," and plans to "launch a price cap on Russian crude sales." Without Russian oil, Europe will need to obtain fuel from elsewhere.

"The current cut of 2 million barrels per day by OPEC+ continues until the end of 2023 and, if there is need to take further measures by reducing production to balance supply and demand, we always remain ready to intervene," the Energy Minister said.

After Hatice Cengiz, the widow of slain journalist Jamal Khashoggi brought suit against now Saudi Arabian Prime Minister and Crown Prince Mohammed bin Salman for culpability in the death of her husband in 2018, the Biden administration declared that Salman should not have to face charges. In their view, Salman's leadership position shields him from having to face a suit in Khashoggi's death.

Biden's State Department argued in a court filing that "Mohammed bin Salman, the Prime Minister of the Kingdom of Saudi Arabia, is the sitting head of government and, accordingly, is immune from this suit." A spokesperson went on to say that this was "purely a legal determination," and that their view "does not reflect an assessment on the merits of the case."

When Cengiz brought the suit, Salman was merely the crown prince, but after the suit was filed, and only a few days before the Biden administration's statement, Salman was made Prime Minister by his father.


"It wasn't a decision everyone expected," Cengiz said on Twitter. "We thought maybe there would be a light to justice from #USA But again, money came first."

Khashoggi was a prominent journalist in the oil-rich nation, close to the royal family, and an adviser to the government. It was in 2017 that he fled to the US, saying he feared arrest and began publishing articles critical of the royals, and Salman in particular.

His visit to the Saudi consulate in Turkey was to pick up a divorce document so that he could marry Cengiz, his Turkish fiancee. He mistakenly believed he was safe on Turkish soil.

Biden released an intelligence report on Khashoggi's murder after taking office in 2021. Biden had been critical of Saudi Arabia's handling of human rights, and claimed to have brought up the journalist's death in a meeting in July, 2022. His visit to the nation in 2022 was "criticized as validating the Saudi government following the murder of the US-based Saudi dissident journalist Khashoggi," the BBC reports.

When he was running for president, Biden released a statement on Khashoggi's murder, saying "Under a Biden-Harris administration, we will reassess our relationship with the Kingdom, end U.S. support for Saudi Arabia’s war in Yemen, and make sure America does not check its values at the door to sell arms or buy oil."
ADVERTISEMENT
ADVERTISEMENT
khashoggi biden mbs