Earlier this morning, Conservative Party leader Andrew Scheer pledged that he would increase sentences on those convicted of child abuse. 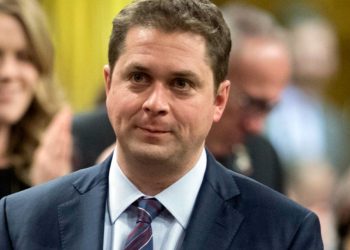 Earlier this morning, Conservative Party leader Andrew Scheer pledged that he would increase sentences on those convicted of child abuse.

The announcement came while speaking at an engagement in Delson, Quebec.

“Under my leadership, a Conservative government will always put the  rights of victims ahead of the rights of criminals. We will ensure that anyone who harms or sexually exploits a  child will be behind bars, where they belong, for a very long time,” said Scheer.

Current minimum sentences for sexually related crimes with minors can be as little as 90 days according to the Criminal Code.

Earlier this week, the Conservative party leader pledged that his party would fight human trafficking, as one of a series of policy announcements ahead of the 2019 election.