The majority-immigrant group of students graduating from Justice High School in Falls Church, Virginia, were told to remember their "jihad" and avoid objectivity and neutrality. 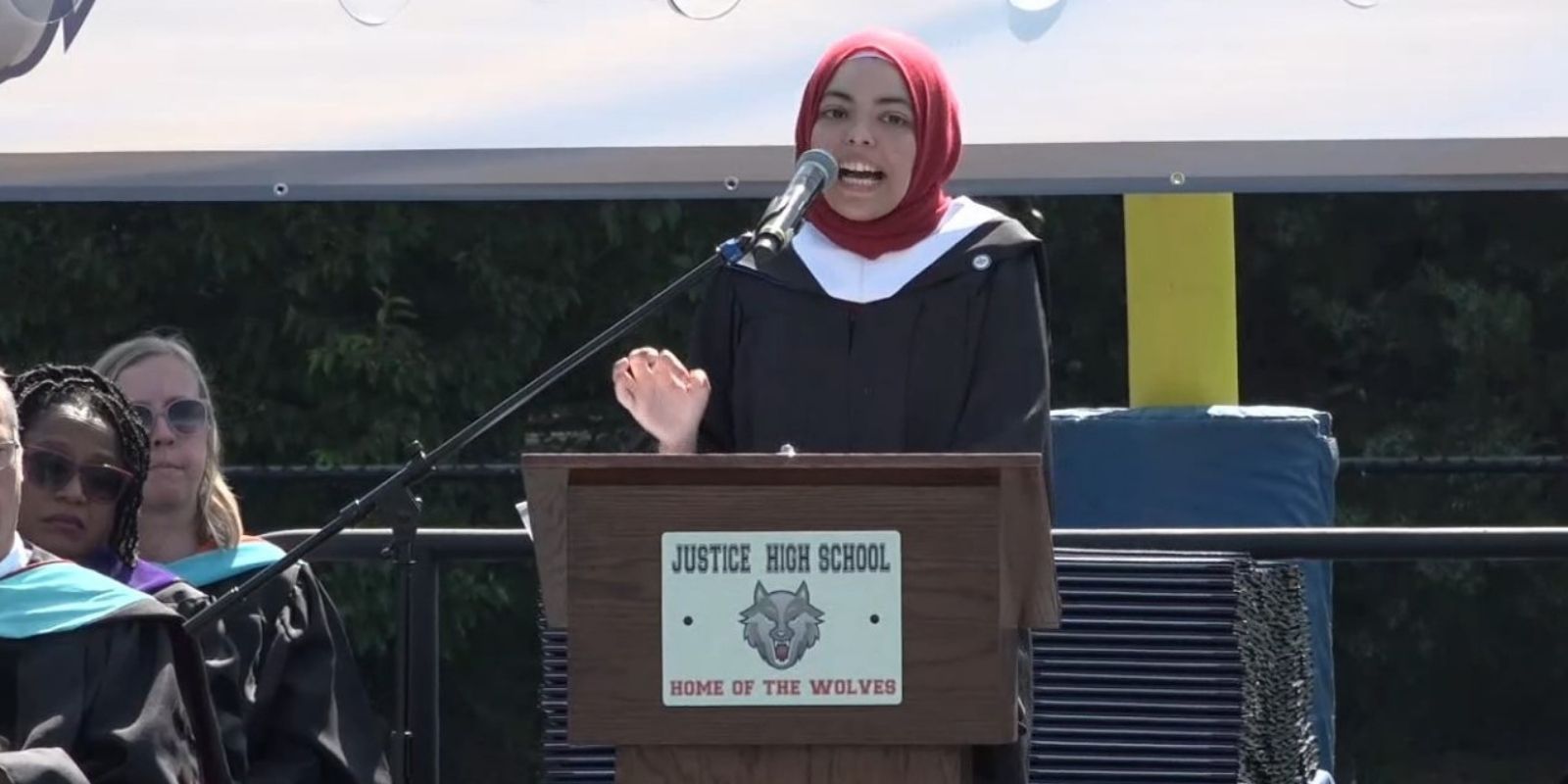 Fairfax County school board member Abrar Omeish gave a speech to graduating high school students on Tuesday where she told the graduates they're going into a society filled with "racism, extreme versions of individualism and capitalism, [and] white supremacy."

Omeish then went on to tell the majority-immigrant group of students graduating from Justice High School in Falls Church, Virginia, that they should remember their "jihad" and avoid objectivity and neutrality.

According to the Daily Wire, Omeish was introduced as the Virginia co-chair for the campaign of 2020 presidential candidate Sen. Bernie Sanders and the daughter of Esam Omeish, a leader of the Dar al-Hijrah Islamic Center.

The Dar-Al-Hijrah is a very controversial mosque where two of the individuals involved in the infamous Sept. 11 plane hijackings were regular attendees.

Its imam Anwar Al Awlaki was linked to Al-Qaeda whom former President Barack Obama authorized the killing of via drone strike. Omeish noted that Esam was in attendance at the graduation.

The younger Omeish also tweeted that Israel "desecrates the Holy Land" and "kills Palestinians," also accusing the country of "[a]partheid and colonization."

"You all kicked off the first ever Black History Month assembly to ensure that we confront our history and answer honestly about the ills of our past," said the younger Omeish from the podium on stage. "Huge shout out to [the class president] and Ms. Corey Haynes, a teacher, for her leadership in supporting and empowering students despite the pushback."

"Let's hear it for them, guys. They empowered your voice," Omeish continued. "Your model, Justice Class of 2021, moved the superintendent of the 10th largest school division in the country to follow your lead to teach with courage."

"And you pushed to incorporate that in the school schedule because you understand that social justice is only political for those who can afford to ignore it," Omeish declared before the attendees.