Holocaust education is specifically designed to teach the horrors that the board found so objectionable, and students at Jewish schools throughout the world learn these details, with imagery, from a much younger age than 8th grade. 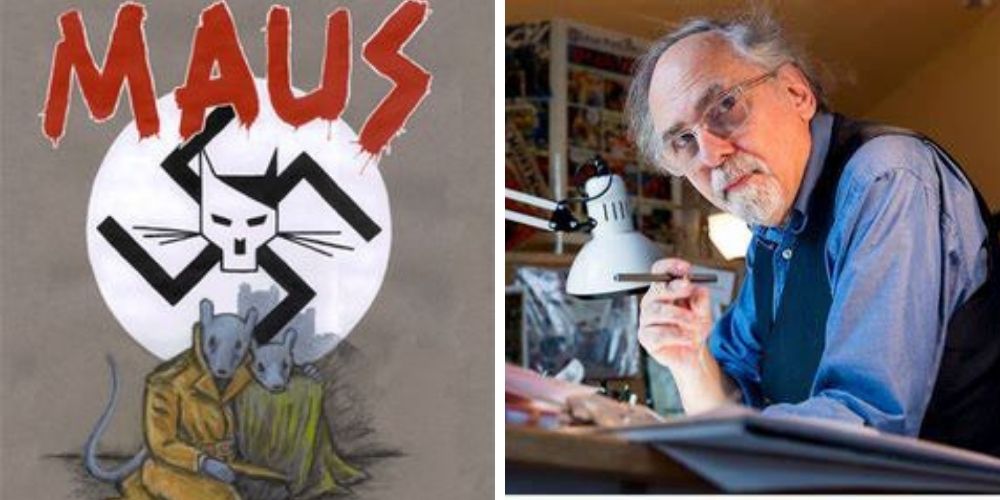 A school board in Tennessee unanimously voted to ban a Pulitzer Prize-winning graphic novel used in Holocaust education curriculum around the world, citing the use of words like "God Damn" and "naked pictures" (illustrations) of women.

On January 10, during a meeting of the Mcminn County School board, Art Spiegelman’s Pulitzer Prize-winning graphic novel MAUS was removed from the 8th grade English Language Arts curriculum and no substitute book was recommended. Without a substitute book, the module on the Holocaust will be skipped until a new book can be found. The vote was unanimous. According to the minutes of the meeting, during the previous school year the Holocaust education module was skipped entirely due to time constraints from COVID.

Maus depicts the horrors of the Holocaust by portraying Jews as mice and Nazis as cats in an illustrated biography/memoir of Spiegelman’s parents, both Holocaust survivors.

One board member Tony Allman said at the meeting, "…being in the schools, educators and stuff we don’t need to enable or somewhat promote this stuff. It shows people hanging, it shows them killing kids, why does the educational system promote this kind of stuff, it is not wise or healthy." Holocaust education is specifically designed to teach the horrors that Allman finds so objectionable, and students at Jewish schools throughout the world learn these details, with imagery, from a much younger age than 8th grade.

An assistant principal in the district Julie Goodin responded, "I can talk of the history, I was a history teacher and there is nothing pretty about the Holocaust and for me this was a great way to depict a horrific time in history. Mr. Spiegelman did his very best to depict his mother passing away and we are almost 80 years away. It’s hard for this generation, these kids don’t even know 9/11, they were not even born. For me this was his way to convey the message. Are the words objectionable? Yes, there is no one that thinks they aren’t but by taking away the first part, it’s not changing the meaning of what he is trying to portray and copyright."

Allman replied, "I understand that on tv and maybe at home these kids hear worse, but we are talking about things that if a student went down the hallway and said this, our disciplinary policy says they can be disciplined, and rightfully so. And we are teaching this and going against policy?"

Goodin responded, "Even for me Mr. Allman, you know I have an eighth grader and even if you did pull this book I would want him to read it because we have to teach our kids. Are these words ok? No, not at all that is not acceptable, but the problem is that we are 80 years removed from the Holocaust itself. I just think this is a grave starting point for our teachers. I am very passionate about history, and I would hate to rob our kids of this opportunity. Are we going to be teaching these words outside of this book as vocabulary words? No, you know me better than that Tony Allman."

In his next effort to argue for removing the book from the curriculum, Allman compared the illustrated mouse nudity in the Pulitzer Prize winning Holocaust memoir to "...graphics for Playboy," because the illustrator used to work for the magazine.

The idea was then floated of redacting the words that some found objectionable, but instead the board decided to ban the graphic novel altogether after worrying about violating the book’s copyright. Scott Bennett said, "The internet is an amazing thing, we could send an email tomorrow and might have an answer. It could very well be that in the time the administration is taking to try to find a substitute work we get word from the author that he is actually fine with some extensive edits." The board quickly concluded it would be too difficult to get ahold of him and, without trying, skipped the idea and proceeded straight to the vote.

Despite the board’s assertion that it would not be worth trying to email the author, CNBC managed to reach him. Spiegelman, 73, who only learned of the ban following a viral tweet Wednesday, a day before Holocaust Remembrance Day was contacted the day they found out about the meeting and said to CNBC, "I’m kind of baffled by this. It’s leaving me with my jaw open, like, 'What?'"

He also called the school board "Orwellian" for banning the book and added, "I’ve met so many young people who … have learned things from my book."

Spiegelman told the outlet he suspected that board members were more motivated to ban the book because of the subject, his Jewish parents’ suffering in Nazi concentration camps and the mass murder of other Jews by Nazis.

The US Holocaust Museum tweeted in response to the board's actions, "Maus has played a vital role in educating about the Holocaust through sharing detailed and personal experiences of victims and survivors. On the eve of International #HolocaustRemembranceDay, it is more important than ever for students to learn this history."

"Teaching about the Holocaust using books like Maus can inspire students to think critically about the past and their own roles and responsibilities today." The museum also shared a link to Holocaust lesson plans and resources.