Notably, he did not regret inviting the drag queen to appear and perform at chapel, only aspects of the adult entertainer's performance and costume. 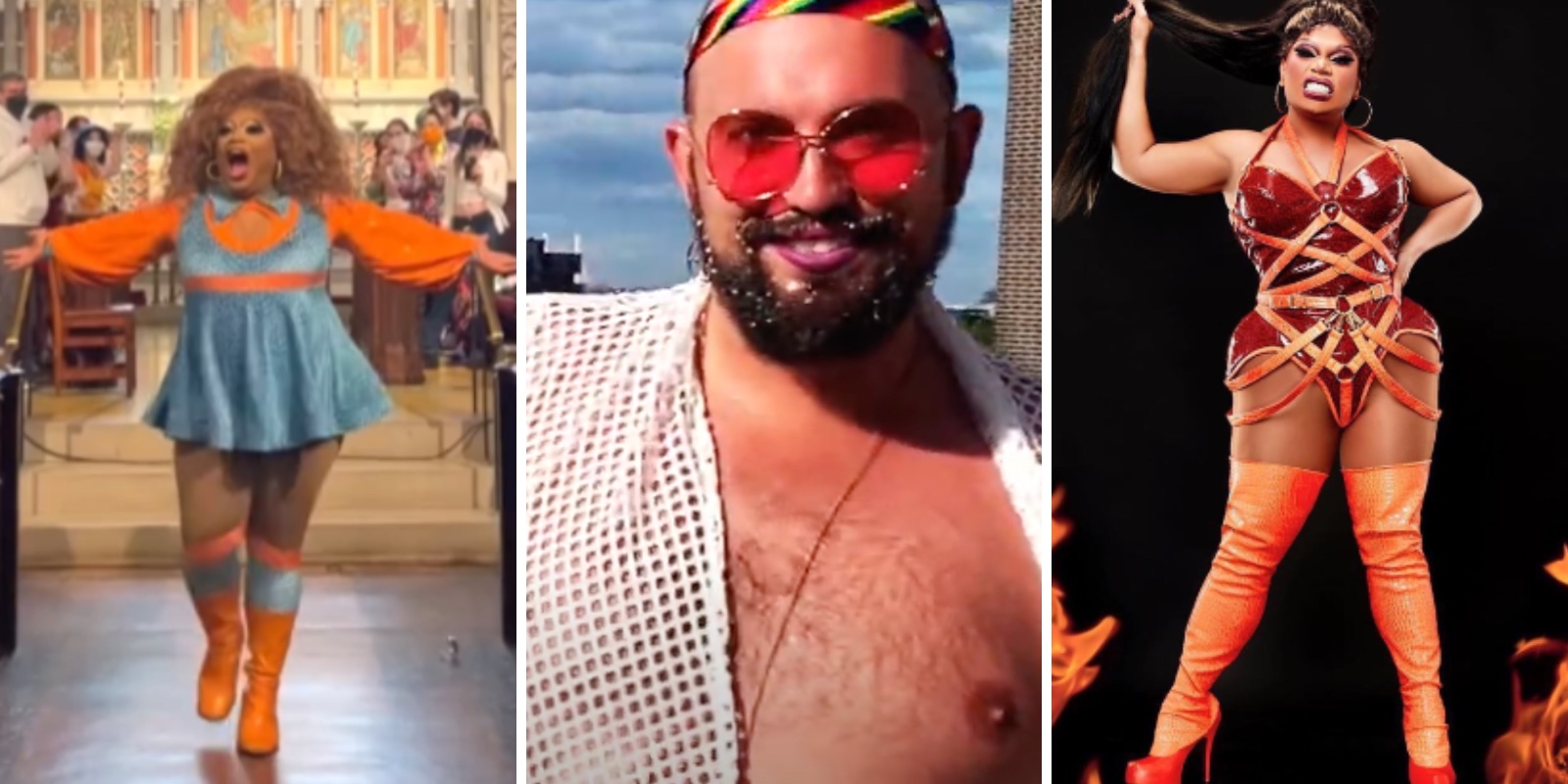 After it was revealed that Grace Church School held a mandatory drag show during chapel for students, many parents spoke out, threatening to withhold donations from the expensive private school, prompting the headmaster to issue an apology. Calls also came for the removal of the choir teacher, who invited the drag queen to the school.

In a letter sent to parents late Thursday afternoon, Grace Church Head of School Robbie Pennoyer II admitted there were "errors" made by the school as regards drag queen Brita Filter's performance in the school's chapel last April. Brita Filter is the stage name of Jesse Havea.

Pennoyer's remarks, posted on the school's website, included a link to the New York Post's coverage of the story, which this reporter broke on July 26 in The Post Millennial.

"Once again, Grace has landed in the news as a subject of controversy," the letter begins, in a reference to other recent scandals reported in the media about the school.

Pennoyer, a direct descendant of financier JP Morgan Sr., spoke of "mistakes in the planning and execution of the Pride chapel," and expressed some contrition for the "appropriateness of the costume and performance"

"Though there was much that was powerful and inspiring about the Pride Chapel last April (our students, especially), we know that we made mistakes," Pennoyer explained, "in the oversight of the planning process; in the way students felt pressured to participate; in not considering the appropriateness of the costume and performance for some of the audience there for it. These are errors for which we are sorry and from which we will learn, and we will take steps to improve the process by which future chapels are planned and carried out."

However, Pennoyer remained unapologetic about the goals of the drag performance at chapel, which was towards "affirming the value and worth of the LGBTQ+ members of our school community" through drag performance for minors, defying "critics" who he claimed were "disgusted that we would celebrate as beloved those people they disdain because of whom they love, the pronouns they use, or the clothes they wear."

Notably, he did not regret inviting the drag queen to appear and perform at chapel, only aspects of the adult entertainer's performance and costume.

Some parents and alumni donors, unimpressed by Pennoyer's apology, have formed an interest group called "Redeeming Grace," declaring they will withhold all financial support for the school until no further inappropriate material is shown to children, and all staff receives best practices training as a condition for their employment. A letter writing campaign has also been launched, demanding changes from the school, the diocese, and the church rector, Don Waring.

Donations already nosedived last year after revelations that the former Head, George Davison, admitted to this reporter that white students were being "demonized".

Last Friday, the clergy of Grace Church emailed a joint statement about the controversy to parishioners, in their "Weekly Epistle":

"While we do not wish to fan the flames of this story, we do want to let you know the facts: this chapel was held in Grace Church and did include a performance by a drag queen. It was organized solely by Grace Church School; Grace Church was neither involved in nor aware of it, nor consulted about the appropriateness of the content. The church and school are separate institutions with independent leadership," the missive reads.

"Nevertheless, the church supports the school in its efforts to explore inclusion and affirm the value of all people. These efforts may not always be perfect, but we may rest assured in the knowledge that all in the Grace Church and Grace Church School communities are always striving in that direction," it continued.

"The Grace Church clergy are in various stages of vacation, but we look forward to being in deeper conversation about this come the Fall," the note read in conclusion.

One member of Redeeming Grace is also seeking resignations by board members, claiming "Grace Church School has turned into a re-education camp," and "the teachers involved with the event's micro-aggressions against innocent children should be disciplined if not fired." They went on to call for resignations of the school's board: "the time that has passed since the event with no apparent consequence means the Board of the School is complicit. They should resign."

The group is also seeking the dismissal of the school's choir director, Andrew Leonard, who has come under fire not only for inviting Havea to perform, but also for publicly posting racy music videos involving minors.

One such video, for Leonard's original song "Love Somebody," features a bare-chested man twirling nipple tassels, a naked man kicking his heels in a bathtub, and a young woman in a crop top that reads "Power Bottom".

In another scene, two adolescent girls on a school bus appear juxtaposed with two adult males kissing against a brick wall in a dark basement.

"We don't play by their rules, we just love!" Leonard sings, as he gyrates in the background wearing a revealing mesh outfit.

Teachers from the school also dance in the video with a young child, and the school's chaplain Reverend Mark Hummell twirls in his frock while wearing Mardi Gras beads and making the sign of the cross. Hummell also approved the April event. Since being named in the media, Leonard has switched his instagram page to private.

Another Redeeming Grace member and former teacher at the school offered these remarks about Leonard's video, on condition of anonymity.

"I've taught in both Episcopal and Catholic schools and received nearly a dozen hours on preventing misconduct and negotiating boundaries. What I see in this video is clear transgression of boundaries, and more troublingly an association of love with physical and sexual intimacy that would convey to an impressionable minor that this is acceptable behavior from an adult. I have a similar problem with the drag show in the chapel—it normalizes sexualized adult behavior for impressionable kids who now no longer have a boundary. If it's allowed in church, where isn't it allowed? If you're expected to dance with a drag queen or be labeled as a homophobe, when is it ok to say no?"

"It's shocking," the former teacher went on, "that all this was allowed and speaks to a culture of oversight and a lack of accountability at the school. I'm asking myself, who is at the reins here?"

Grace Church School is still reeling from reports of continuous abuse of students by a choir master in the late 1990's, and just recently concluded a full investigation that ended in mediated settlements of five abuse-related lawsuits against the school.

One parent, who contacted this reporter, supported the school's decision to invite Brita Filter to perform in drag for middle and high school students, saying "There are plenty of LGBTQ students there. Should they be taught shame?" The parent was also concerned that the recent coverage could "incite violence" against the school, and was angry that other media outlets had reprinted photos from the school's public website, in which children could be identified.

After the story broke in The Post Millennial, sources confirmed that middle school students, in grades 5-8, were also present at the drag queen chapel performance, along with high school students, who were compelled to attend.

Grace Church School is a member of the National Association of Independent Schools, which has explicitly pushed gender ideology in recent conferences for their member schools. An NAIS handbook for school administrators, entitled "Hopes and Fears," guides schools to "redefine the home-school partnership as one in which the school is the senior partner" since "they know what's best for a child," and to avoid "treating parents as co-equals in the enterprise of schooling."

Paul Rossi was a teacher of mathematics at Grace Church School from 2012 to 2021, when he became a whistleblower about the impact critical race theory was having on education and students. @pauldrossi