Students at Grace Church School in New York City were asked by the school's administration to stop using terms like "mom" and "dad" while in their own homes. 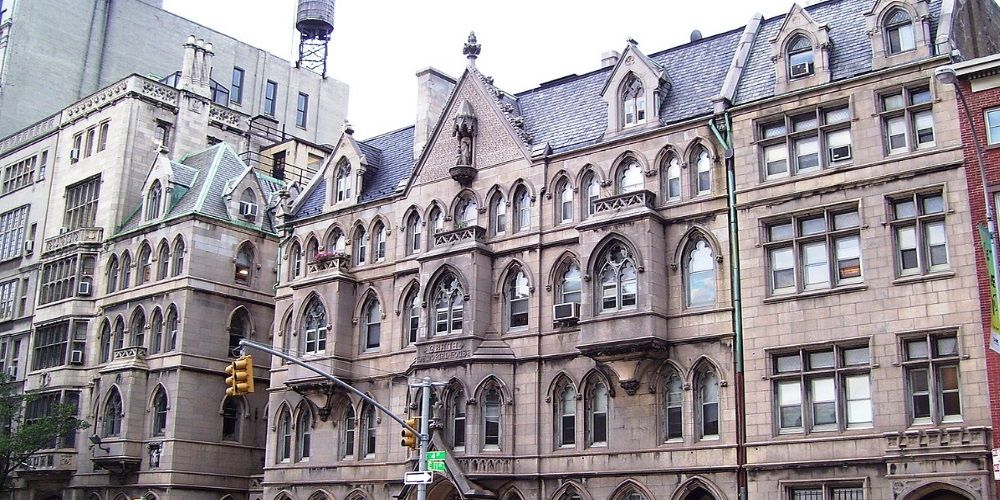 Students at Grace Church School in New York City, it has been revealed, were asked by the school's administration to stop using terms like "mom" and "dad" while in their own homes, the New York Post reports.

The school, which costs $57,000 per year to attend and is in downtown Manhattan, sent out a dozen-page memo to their students asking them to instead use terms like "family" and "folks" to refer to their own parents. The school goes beyond concern over "gendered" language, however, asking that their students do away with words like "parents."

"Families are formed and structured in many ways," the memo reads. "At Grace Church School, we use inclusive language that reflects this diversity. It's important to refrain from making assumptions about who kids live with, who cares for them, whether they sleep in the same place every night, whether they see their parents, etc."

Parents were similarly asked to not use endearing names for their children. Rather than calling them terms like "honey" or "sweetheart," the memo encourages parents to use their children's real names.

The school also made similar requests of other "gendered" phrases such as "ladies and gentleman." They also asked that students replace "merry Christmas" with "happy holidays."

They went on to tell their students not to ask people where they are from, telling them instead that they should ask people their ethnic background.

The memo linked to the so-called "genderbread person," which teaches that there are no connections between sex, gender, and gender identity.

The memo ends with a list of terms commonly used in critical social justice circles and their definitions. Among these terms was the concept of "equity," whereby people of different genders, races, and other identities are treated on a discriminatory basis in order to ensure an equal outcome. The school ensure to distinguish it from "equal treatment."

The school's administration defended the memo in a statement.

"Grace is an Episcopal school. As part of our Episcopal identity, we recognize the dignity and worth common to humanity," said the school's assistant head Rev. Robert M. Pennoyer II. He further stressed the school's "desire to promote a sense of belonging for all of our students."

This follows reporting that showed that so many other private schools are engaging in social justice indoctrination under the guidance of critical race and gender theory.