The school created baskets which includes trans tape, allowing young girls to forcefully tape down their breasts — a dangerous practice which can lead to injury. 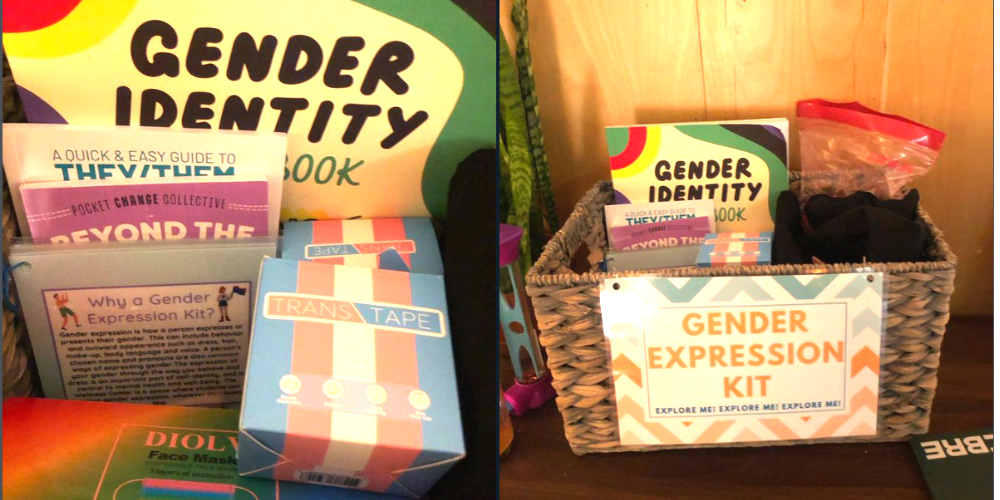 The school created baskets with various items to "guide" children in their gender expression, including rainbow face masks and chest-binding "trans tape." The trans tape allows young girls to forcefully tape down their breasts, a dangerous practice which can lead to injury.

The basket features a handful of books, including the Gender Identity Workbook for Teens and Beyond the Gender Binary.

One book contains particularly disturbing content for children by encouraging violence against those who fail to use preferred pronouns. The comic-style book, A Quick & Easy Guide to They/Them Pronouns, claims it "exists to educate and inform people on gender neutral pronouns — specifically they/them." The book goes on to say "if education fails and folks are being jerks, you can just throw this book in their face. It’s the future, we don’t have time for that nonsense."

In tandem with the aggressive push for gender identity education like in AUHSD, the Biden Administration threatened to withhold federal school lunch money if schools do not provide gender neutral bathrooms.

Featured on the school’s basket is an informational placard on the need for gender expression kits which reads, "Gender expression is how a person expresses or presents their gender. This can include behavior and outward appearance such as dress, hair, make-up, body language and voice. A person’s chosen name and pronouns are also common ways of expressing gender."

The placard further tells children gender expression is "an important part of self-identity and is central to mental health and well-being."

Recently, another California school taught ninth graders that "gender identity" is "one's innermost concept of self."

The messaging follows a disturbing trend to normalize gender dysphoric feelings and encourage children to transition. A shocking case in February revealed how "trans-friendly" groups like Trevor Project groom children to transition when one mother posed as a trans teen to chat with the group’s advocates online.