Jonathan Choe has more than two decades of experience in tv news behind the scenes and in front of the camera working for ABC, NBC, FOX, CBS, and Tribune. 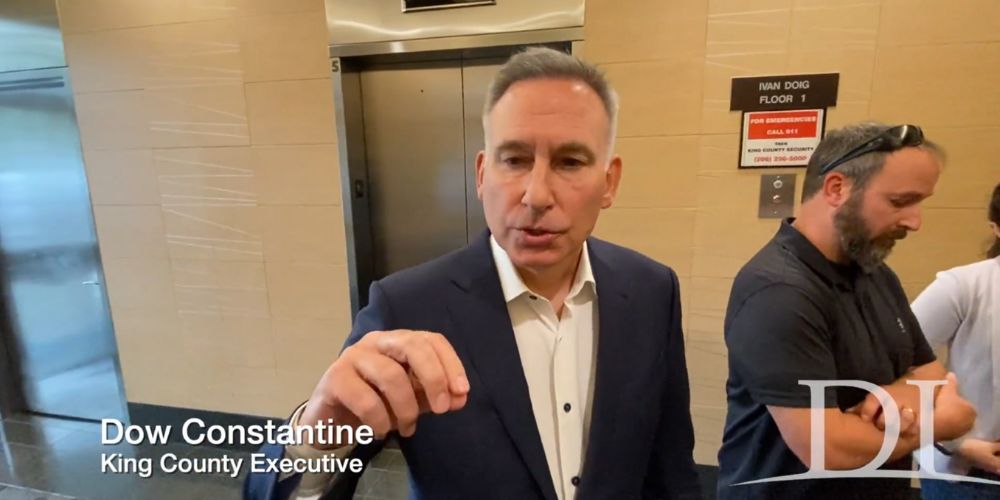 On Tuesday, Constantine went so far as to flee an Asian American journalist covering the story who was asking questions about the project during a press conference and then insulted the reporter to his face and claimed the reporter wasn't a journalist.

Residents and business owners in Seattle’s Chinatown/International District are furious over a King County plan to create what is being called a “homeless megaplex” next to their neighborhood and claim they weren’t consulted about the decision. The county plans to spend $66.5 million to construct a homeless shelter, tiny home village and RV lot, that will house over 500 people and feature a sobering center and more, according to the King County press release.

The Post Millennial asked Constantine’s office about how the community was informed about the project and was told, “King County, City of Seattle, and KCRHA connected with more than a dozen community groups before the lease was transmitted to the King County Council. We conducted two community meetings after the lease was approved by Council and shared translated fact sheets on the project. SODO BIA hosted the first meeting and the CID Public Safety Council hosted the second meeting.”

According to Constantine’s office, the grand total of attendees at the meetings was “around 10 at the CID Public Safety Committee in July, and more than a dozen at the Safe and Clean Committee: SODO BIA meeting in April.”

Constantine has been frequently criticized for the county buying properties to be converted into homeless shelters in affluent communities without informing the neighbors. Multiple hotels have been purchased this way across the county.

Independent journalist and Discovery Institute fellow Jonathan Choe revealed the plan to the community through his reporting, and in response over 1,000 people showed up earlier this month to protest city officials and demand transparency. Protesters held signs that displayed city and county officials’ faces with captions that read, “not welcome here” “stop Asian hate” and “it’s racist.” The community is seeking a moratorium on the project until a safety plan for the community can be fully researched and implemented.

At a press conference Tuesday, following multiple attempts to engage with Constantine’s office and being told that they would no longer participate “in [the] project,” Choe began to ask Constantine about the homeless shelter. Constantine appeared as if he was about to answer, then realized it was Choe and pivoted away. A staffer then pulled him out of the presser.

“We’ll take any other questions…” Constantine said to the reporters in the room but then walked away and a staffer told Choe she would follow up with him.

Choe followed Constantine while asking his questions as the King County Executive fled the presser.

Constantine finally said to Choe, “Here’s the problem. You’re not actually a journalist. You were fired for promoting the Proud Boys, so we talk with reporters like those in the room, and we’re not going to do this,” and jumped into an elevator to escape.

Choe has more than two decades of experience in tv news behind the scenes and in front of the camera working for ABC, NBC, FOX, CBS, and Tribune. He was even an Adjunct Journalism Professor at Columbia College School of Journalism in Chicago, IL, after graduating from Boston University's College of Communications with a Bachelor of Science in Journalism. He has won multiple awards including an Emmy and has been nominated a dozen other times. Choe is also affiliated with the Asian American Journalist Association and the National Association of Hispanic Journalists.

After Constantine's outburst, a staffer told Choe to send his questions to the executive’s office, to which Choe answered that they do not respond to his requests. The staffer replied, “Yeah, that’s because we’re answering journalists’ questions. You are not with a media outlet that is our focus.”

Choe told the Ari Hoffman show on Talk Radio 570 KVI, “It was shocking, stunning and disappointing.”

Choe told Hoffman that after seeing the video of the interaction with Constantine, Chinatown residents want to know what Constantine is hiding.

Democratic officials in Seattle, King County, and Washington state routinely freeze out journalists. Oftentimes, when tough questions are asked or exposes are written, representatives of the politicians will call out the stories as “misinformation” or “disinformation” despite mountains of evidence to the contrary.

Officials have even had staffers complain to the employers of journalists because they do not like their coverage.

Choe told Hoffman,” They have a very clear playbook. They want total control of the narrative.” Choe spoke of his time at KOMO News in Seattle and said in over two years working there, Constantine never responded to on-camera interview requests.

Choe added, “We need more Seattle media on this story, holding our public officials like Executive Dow Constantine accountable.” He addressed what is being called ‘the Great Resignation’ and how it has affected Seattle media.

“When you don’t have a robust and strong local media public officials can get away with whatever they want they aren’t being held accountable. Where is the Fourth Estate?”