34-year-old Justin Christopher Moore admitted that he made 12 Molotov cocktails and carried them to the building on Labor Day, September 7, 2020, and he pleaded guilty to unlawful possession of destructive devices, which is punishable by up to 10 years in prison. 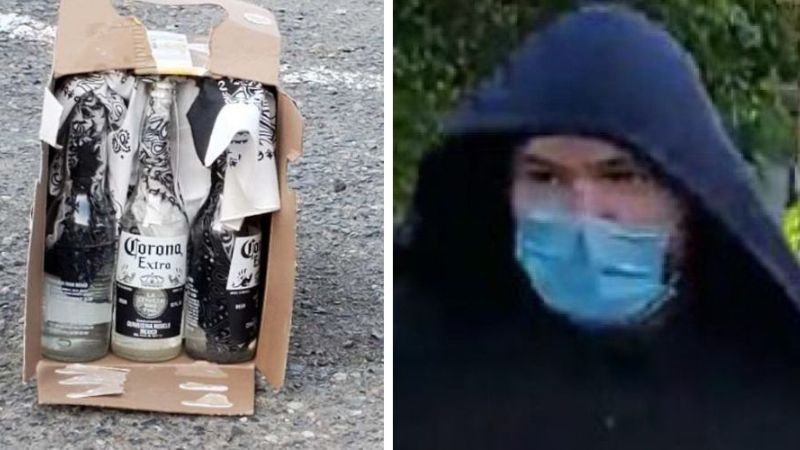 According to the Justice Department, 34-year-old Moore admitted that he made 12 Molotov cocktails and carried them to the building on Labor Day, September 7, 2020 and he pleaded guilty to unlawful possession of destructive devices, which is punishable by up to 10 years in prison.

US Attorney Nick Brown made the announcement that Moore, of Renton, Washington, agreed to the plea in a US District Court in Seattle and is set to be sentenced by US District Judge Lauren King on December 21, 2022.

Moore was part of a group carrying out an anti-police demonstration that approached SPOG, got into a violent scuffle, and then departed. Police smelled gasoline and found the molotov cocktails in the parking lot next to the building. The Post Millennial's Andy Ngo reported on the event at the time.

An investigation began which saw authorities collect video and information from Antifa co-conspirator devices which implicated Moore. A search warrant was then executed at Moore's residence in June 2021. They discovered the black bloc gear Moore was wearing on the day in question. Authorities also uncovered the materials with which one would make an explosive device and a notebook detailing where Moore wrote about his creation of these crude bombs and incendiery weapons.

The FBI, the Bureau of Alcohol, Tobacco, Fireworks & Explosives (ATF), and the Seattle Police Department all collaborated in the investigation.