Capitol Hill Pride took issue with the Taking B(l)ack Pride fee structure, and made a complaint to the City of Seattle Human Rights Commission. That complaint was denied. 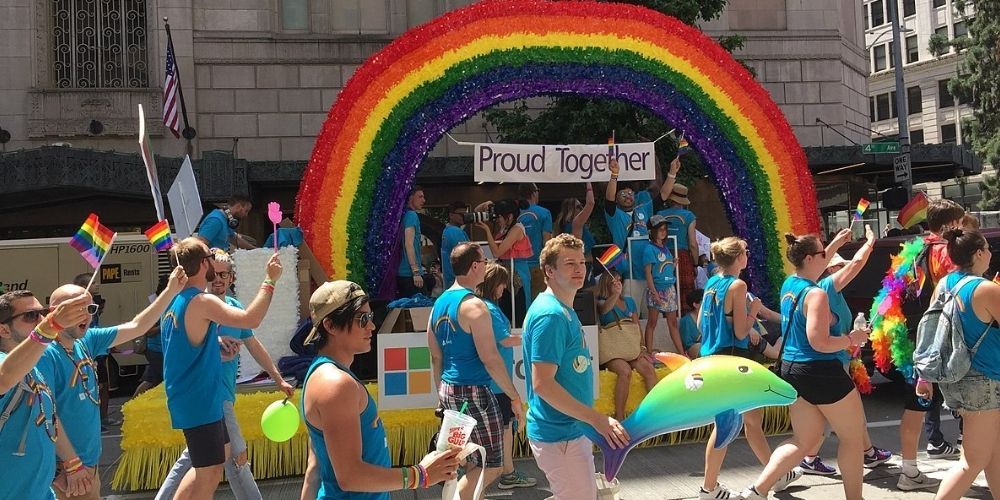 A new Pride event is happening in Seattle this month specifically for BIPOC people. Promotional material for event, called Taking B(l)ack Pride, states that while the event will be free for people of color, white people will be charged a "$10 to $50 reparations fee."

"All are free to attend HOWEVER this is a BLACK AND BROWN QUEER TRANS CENTERED, PRIORITIZED, VALUED, EVENT," the materials read. "White allies and accomplices are welcome to attend but will be charged a $10 to $50 reparations fee that will be used to keep this event free of cost for BLACK AND BROWN Trans and Queer COMMUNITY."

Capitol Hill Pride, which is hosting a Pride March and Rally over the same weekend, took issue with the Taking B(l)ack Pride fee structure, and made a complaint to the City of Seattle Human Rights Commission. That complaint was denied.

Taking B(l)ack Pride is hosted by multiple social justice-oriented groups, including Trans Women of Color Solidarity Network, Alphabet Alliance of Color, and Queer the Land. Their event is scheduled an event for Jimi Hendrix Park in south Seattle on June 26.

Capitol Hill Pride sent a letter addressed to the City of Seattle, calling out the reparations payments for white people and not for people of color as "reverse racism."

"It has come to our attention that an event called Taking B(lack) Pride at the Jimi Hendrix public park June 26th is charging whites only admission as reparations. We consider this reverse discrimination in its worst form and we feel we are being attacked for not supporting due to disparaging and hostile emails," the letter reads.

The letter requested the commission review the event for possibly violating city, county, state and federal discrimination laws. The letter also called attention to a possible election ethics violation by the event organizers.

"Additionally," the letter read, "we would like you to investigate the event as a possible ethics and elections violation as Taking B(lack) Pride is hosted by Nikki Etienne—a campaign manager for Nikkita Oliver who just recently dropped out of our event Capitol Hill Pride over non support of Take B(l)ack Pride."

On June 17, the Seattle Human Rights Commission responded that they would not be taking up the complaint and that it did not violate "human rights," citing the United Nation’s definition of the term.

However, the UN's Declaration on Human Rights reads: Article 2: "Everyone is entitled to all the rights and freedoms set forth in this Declaration, without distinction of any kind, such as Race..."Article 7: "All are equal before the law and are entitled without any discrimination to equal protection of the law..." Article 27.1: "Everyone has the right freely to participate in the cultural life of the community..."

The commission ignored the text, sided with the event organizers and scolded Capitol Hill Pride questioning the race-based ticketing structure.

"Furthermore," the Seattle Human Rights Commission wrote, "we would like to urge you to examine the very real social dynamics and ramifications of this issue. Black trans and queer peoples are among the most marginalized and persecuted peoples within the LGBTQIA2S+ community.

"They often face shame not only from cis-heteronormative community, but within the queer community at large as well. In making the event free for the Black Queer community, the organizers of this event are extending a courtesy so rarely extended by providing a free and safe space to express joy, share story, and be in community," it read.

The letter suggested that the organizers of Capitol Hill Pride just weren't educated enough on LGBTQ issues for people of color, and indicated that the Pride event wasn't intended for the enjoyment of the Capitol Hill Pride.  "We would like to recommend, if possible, that you educate yourself on the harm it may cause Seattle’s BIPOC community in your pursuit of a free ticket to an event that is not meant expressly for you or your entertainment."

Seattle City Council President and candidate for mayor Lorena Gonzalez tweeted out the commissions response and said, "I will no longer be attending Capitol Hill Pride after reading their letter to @SeattleHRC. After a year that has taken an unbelievable toll on all of our communities, I was looking forward to this opportunity to celebrate Pride in person."

Gonzalez was president of the council during the armed occupation of Capitol Hill, advocated for the drastic defunding of the city’s police department, not long after calling SPD a model for police departments across the county and then blamed the rise in crime on COVID.

Gonzalez added, "However, I simply cannot support an organization that is trying to stop Black people in the LGBTQ+ community from celebrating Pride in the manner that they choose."

Safe Seattle, a local advocacy group said, "Making people pay a fee—or pay a higher fee, or excluding them from paying a fee—based on race at an event held in a public space is illegal and a violation of civil rights. This isn't subject to debate; it's written into our laws and the policies of ALL city departments, including Parks."

Nikkita Oliver is one of the organizers of King County Equity Now (KCEN) which regularly demands "Pay the Fee," where Seattle businesses, usually owned by whites, Jews or others typically in the Central District, are supposed to pay King County Equity Now a fee for the privilege of doing business in what they deem a historic black neighborhood.

KCEN was one of the groups which participated in the armed takeover of 6 blocks of Seattle by BLM and Antifa militants in June of 2020 during the deadly Capitol Hill Autonomous Zone. Oliver was a frequent visitor and speaker in the zone, advocating for defunding the police inside the armed occupation of Seattle which resulted in the deaths of two black teens and wounding of four others.

Crime spiked 250 percent during the month the zone was allowed to exist by Seattle officials. Recently there have been allegations of impropriety with funds the group received following the break up of the zone. The money appeared to be more of a political payoff to groups involved in the riots and armed occupation of the city, rather than an investment in the community.

Last month, Capitol Hill Pride banned Seattle police officers from the Pride march and rally. They have, however, requested that police patrol the event.