Per the guidelines, "students furthest from educational justice," and "students of colour" would be given priority on returning to school for face-to-face instruction. 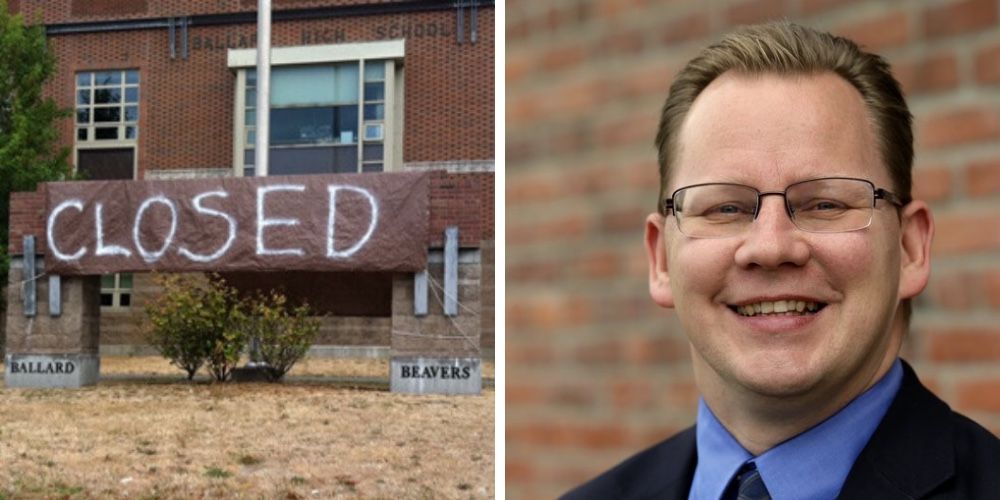 Seattle public schools have released a plan to bring students back into the classroom, but it differentiates the priorities for who should come back first based on many factors involving a measure of those who are most marginalized. Per the guidelines, "students furthest from educational justice," and "students of color" would be given priority on returning to school for face-to-face instruction.

In the document from the Office of the Superintendent of Public Instruction (OSPI), "Reopening Washington Schools 2020", Superintendent Chris Reykdal, and the workgroup, stated that, with a "phased-in" approach, they would "expect that districts will prioritize face-to-face instruction."

In his opening statement of the plan, Reykdal noted that the workgroup that created the plan "was influenced by the civil unrest across the country in response to overt racial injustice and inequality."

"We are educators. We know that despite real progress, educational systems and institutions continue to contribute to racial inequality and injustice. We know that we have a much higher responsibility than teaching content in classrooms. We know that each of us owns a piece of injustice. We have an opportunity in the reopening of our schools to take another step forward in what must be a lifetime of energy toward a more just world."

Continuing to the "Equity Statement," the document stated "educational equity … goes beyond equality. It requires education leaders to examine the ways current policies and practices result in disparate outcomes for our students of color, students living in poverty, students receiving special education and English Learner services, students who identify as LGBTQ+, and highly mobile student populations," the workgroup wrote.

The document elaborates in the "Commitment" section. The first commitment mentioned is to "support students furthest from educational justice".

Shortly after Reykdal announced the re-opening of the schools, Washington State Governor Jay Inslee said the schools will not be reopening in the fall. The question of if students will be returning to schools in the fall remains in doubt. New questions have been raised regarding what will enrollment numbers look like and will public school parents pursue other educational options.

One Seattle parent told me they had some questions about the plan, including "does this mean students are being penalized because they are white, Asian, Jewish or anything other than the protected categories? Isn’t that racism?"

Since attention came to the paragraph prioritizing these groups, the document’s page (31) containing the language appears to have been revised. The document now includes “students who were not equitably served through continuous online learning in Spring 2020”

However, many parents, regardless of race, feel that their children were not "equitably served through continuous online learning." They feel that the online learning provided by public schools, especially in the Seattle area, was "a joke" and a "waste of time".

Some parents realized how "substandard" the education was when they were overhearing online lessons in living rooms and began hiring private tutors to augment the subject.

Other parents were appalled by the revisionist history being taught including some teachers who bragged to students about attending recent riots and pushing the radical narrative on children. One parent said "… my kid is being taught a complete rewrite of the facts of history."

Parents pointed out that some school districts were originally not going to offer online classes at all. School districts like Seattle said that because of "inequality" they could not offer classes because some students did not have access to technology and wifi.

Amazon, Microsoft, Xfinity, Century Link and other tech companies came to the rescue and donated the technology to lower income families to make online school possible for all. Even with the donation and the extra lead time in creating an online model many parents felt that the education itself was "sub-par".

Washington parents recently sent a very clear message regarding how they felt about the curriculum to the Superintendent and OSPI by collecting a record number of signatures against a radical sex education curriculum instituted by the governor, the Democrats in the State House, OSPI and Reykdal.

The parent-led initiative managed to gather over 264,000 signatures, more than twice what was needed, even with coronavirus shutdowns in place and without paid signature gatherers. The curriculum was so graphic that a parental advisory warning was imposed over the video broadcast of the debate on the bill at the State House.

The complaints were not limited to the subject matter. Students with disabilities who received therapy and programs through the public school system fell behind in their progress and were left with no resources when the schools closed. The Tacoma school district recently sent out a letter saying that it was cutting funding, positions and hours for para- educators for the 2020-2021 school year. This leaves parents of disabled children wondering how their children are being prioritized and searching for "equity", "equality" and "educational justice first, including students with disabilities" when their funding was cut.