When 911 dispatched Seattle Fire to the apartment complex, firefighters would not enter the property without police escort because prior reports indicated that the occupant residing in the unit had a history of aggressive behavior. The note was outdated and reported in error. 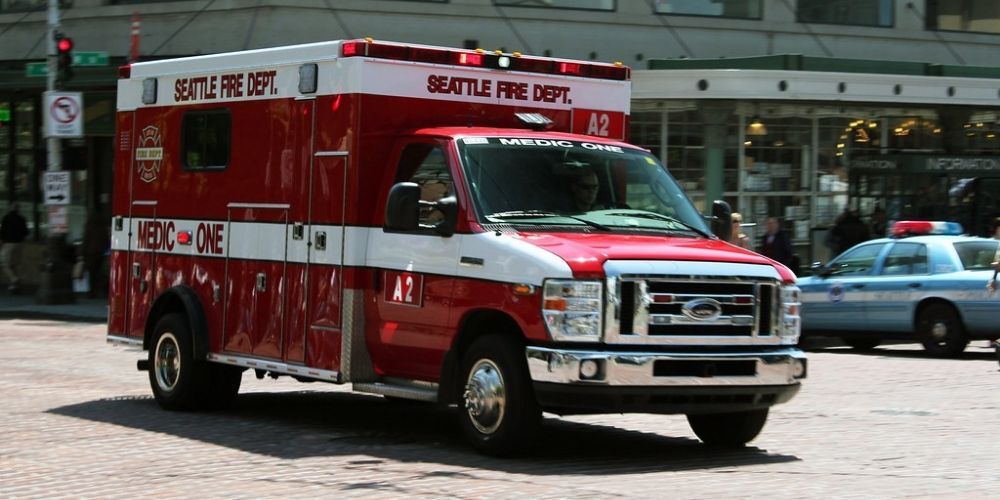 A tragic incident in Seattle last week left a 13-year-old boy pleading with 911 to save the life of his 45-year-old father suffering from cardiac arrest, but first responders couldn't save him because of the staffing crisis.

When 911 dispatched Seattle Fire to the apartment complex, firefighters would not enter the property without police escort because prior reports indicated that the occupant residing in the unit had a history of aggressive behavior. The note was outdated and reported in error.

According to The Jason Rantz Show, "When Seattle Fire arrived, they were told to wait for police before entering."

"The address was flagged as unsafe for Seattle Fire to enter. At the time, the precinct was down two officers, leaning on non-patrol volunteers to meet minimum staffing levels. It took Seattle police 15 minutes to arrive, delaying medics from performing life-saving measures. Despite their best efforts, the father died. And it turns out the address was flagged due to a previous tenant and did not apply to its current residents."

At 1:24 pm the son called 911 and described the dire situation to the dispatcher and told them to "hurry."

The dispatcher asked the son if his dad was unconscious in which he replied, "I don't know. I think he … yeah, he's conscious but he's not OK. Hurry."

According to Rantz, dispatch alerted Seattle Fire at 1:26 pm and informed Aid-18 that the occupant had a history of threats therefore medics needs to "be accompanied by SPD to secure the scene."

"This is known as a 'cautionary premise note,' which is meant to provide information to Seattle Fire in order to keep them safe when entering a residence," Rantz explained to Fox News host Tucker Carlson.

At approximately 1:32 pm, Aid-18 arrived on scene. At 1:37 pm, the young boy called 911 for the second time asking for life-saving help despite medics already being on scene.

The dispatcher asked the son if his father's chest was "rising and falling" and the son replied, "Barely."

Seattle Fire decided to enter the apartment building without police escort at 1:39pm, seven minutes after arriving on scene.

According to the incident report, Seattle PD was not dispatched until 1:37 pm, thirteen minutes after the first 911 call.

The responding police officers didn't make it on scene until 1:45pm, twenty-one minutes after the young boy called 911.

"Had it been addressed early, his chance of survival would have been 60 percent," a medic explained to Rantz.

"One medic noted to the Jason Rantz Show on KTTH that officers often arrive on scene at the same time as they do — sometimes earlier. But since the mass exodus of officers accelerated in 2020, after months of abuse from local activists in the aftermath of the George Floyd killing, the situation has deteriorated," Rantz explained.

"Durkan's vaccine mandate took nearly 100 officers off the streets in mid-October. … After the vaccine mandate, the department acknowledged internally that it did not have enough staff to respond to 911 calls," Rantz added.

Seattle PD and Seattle Fire are both under a significant staffing crisis. More than 300 Seattle police officers left the department in 2020 in response to mistreatment from city officials and overall morale of the profession. The vaccine mandate that took effect on October 18 plunged both departments into an even greater staffing crisis.