Neighbors told The Post Millennial that a woman died of an overdose at the encampment at Broadview in February and that her body lay in the street for hours. They have also reported theft and ongoing drug issues in the community mostly populated by families and the elderly. 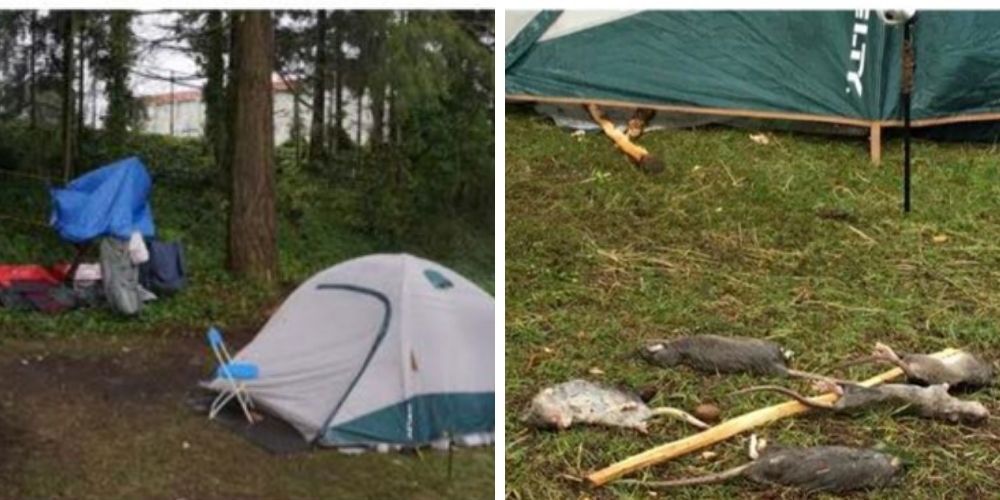 Students who returned to in person learning at Seattle Public Schools on Monday for the first time in over a year found homeless encampments waiting for them on the grounds of two of the district’s campuses. This, only two short years after state officials debated legislation prohibiting homeless encampments from being allowed to be established within 1,000 feet from a school.

Neighbors have even photographed King County needle exchange vans near the properties as well as dead rats in the encampments tied to sticks.

The encampments are located at Broadview Thomson K-8, on Greenwood Ave., and Edmond S. Meany Middle School, on 21st Ave. Neighbors attribute area crime, trash, waste and needles to the encampments. Seattle Public School officials have refused to address the situation adequately according to neighbors and parents. School board members have even demanded that the encampments remain.

City officials and school board members have declined to meet with the group of neighbors, parents and employees who are seeking to address the encampments. In emails sent by neighbors and employees to The Post Millennial, Seattle School Board President Chandra Hampson and Director Zachary DeWolf demanded Mayor Jenny Durkan not allow the encampments to be removed from school grounds.

DeWolf forwarded an email from a neighbor who is also an SPS parent and employee to Mayor Jenny Durkan, Deputy Mayor Casey Sixkiller, Seattle City Council President and Mayoral candidate Lorena Gonzalez as well as Seattle City Councilmembers Andrew Lewis and Teresa Mosqueda, asking for "help" but demanding the encampment not be removed.

"I want to state very clearly this is not an ask for a sweep! I do not believe in sweeps. People experiencing homelessness need housing and resources not traumatic sweeps of their livelihoods and belongings. I understand that the Council has allocated and assigned a lot of funding to support our neighbors experiencing homelessness. BUT we do need some support — we are bringing students back to classrooms and school buildings/campuses in a matter of a few weeks. Do you have any ideas for how to help?"

Hampson and DeWolf published a joint statement condemning any potential removal of encampments from school property or anywhere else in the city "We demand sweeps NEVER be performed on school grounds, adjacent or elsewhere in this City." Meanwhile, SPS superintendent Denise Juneau admitted in an email to neighbors obtained by The Post Millennial that "We realize people living unsheltered in encampments can create health and safety hazards for their occupants and the general public."

Hampson even attempted to deny that the encampment was located on school grounds to concerned stakeholders, even though city websites clearly show the property owned by Seattle Public Schools.

At Broadview, SPS has opted to provide on campus security for the school rather than remove the encampment. In June of 2020, Seattle Public Schools officially suspended their partnership with the Seattle Police Department for at least one year in the wake of the death of George Floyd. The campers arrived and have been on campus since July.

Neighbors told The Post Millennial that a woman died of an overdose at the encampment at Broadview in February and that her body lay in the street for hours. They have also reported theft and ongoing drug issues in the community mostly populated by families and the elderly.

The encampments have grown to over 40 tents each and the encampment at Broadview Thompson happens to be located on a protected environmental area next to a lake, which residents say is being polluted by the campers.

SPS employees, parents and neighbors greeted returning students and parents on Monday at Broadview with flyers informing them of the situation. They have called on school and city officials including Council Member Deborah Juarez, who's district includes one of the schools, to immediately remove the homeless encampments in order to ensure the safety of children.

In an email to one of the volunteers who voiced complaints about the encampments on school grounds, Hampson said, "I hope you stayed on public sidewalks while handing out flyers? That wouldn’t be allowed on school grounds per policy 4200. To be clear Policies are the purview of the Board while anything with an SP is the purview of the Superintendent and their designees. 4200 and SP also give the right for a hearing for those officially trespassed."

Ryle Goodrich, whose 6-year-old son was scheduled to return to one of the schools Monday for in-person learning for the first time in over a year told KOMO News, "You question the judgment of those in charge of keeping your children safe. I am calling on the school board to allow Mayor Jenny Durkan to take care of these encampments as she has in the past, which would be to offer services and then guide campers out of the park and let children return to school."

Goodrich added that he is looking to pull his children from the school. "I know a lot of parents who wanted to send their children back to school but are unwilling to because they don’t feel safe. We are house shopping already – out of Seattle."

In an email Friday the school district claimed they were trying to resolve the situation, but the tents and campers were still present when students returned on Monday, though now school officials say the gate to the Broadview fence is locked.